Newcastle 1 Crystal Palace 2 : Keeping Up With The Joneses

After seventy seconds of NUFC’s latest PL dalliance, it looked like the club had finally cracked it.

Lewis, Fraser and Miggy combined, Callum Wilson held off the Palace defence to set Jonjo Shelvey up with a shooting chance on the edge of the box. Shelvey didn’t hit the ball sweeeeet but the posse of Palace defenders which occupied their box for most of the game both hid the strike from the goalkeeper until it was too late and also changed Shelvey’s body shape from his usual ‘bleeze the ball lazily over the bar’ shape to one which put the ball in the net. It even received an encouraging assist from Palace midfielder Riedewald who completely bottled a challenge and let his less follicled opponent score.

Although it was only United’s fifth first half goal of the season, for what more could the new era of attacking football ask?

The chances followed for United as Palace looked disorganised. Their good players couldn’t get into the game and the defence, while packed, was frantic. Hendrick scuffed wide as Palace failed to clear a corner, Wilson flicked over the bar inventively. Newcastle were dominating, Fraser was crossing well, set-pieces were good and United flowed freely around the pitch. For twenty minutes.

Then the Eagles, who had only been in Newcastle’s box once in the first part of the game, suddenly found their incisiveness. They moved one-touch down our right and the ball eventually fell to Riedewald after Jamal Lewis failed to clear. His well struck shot would probably have been saved by Darlow if an instinctive attempt by Clark to clear hadn’t deflected the ball slightly away from its normal trajectory.

Four minutes later it got worse, Gary Cahill heading in unchallenged after losing Schar (now pronounced Cher seemingly) at a set-piece and that is the way it stayed until half time. It was tough on NUFC who created chances, Fraser twice bringing saves out of Palace keeper, one of which was top drawer. Almiron also hit the bar from a free kick, the Paraguayan sharing set-piece responsibilities with Fraser as Shelvey went further forward, a vast improvement on previous games.

United were also more aggressive all round, except crucially at the back, Lewis having a fine first twenty minutes before reverting to previous weaknesses and Clark and Schar playing ok but never physically dominating their opponent, unlike Dann and Cahill for Palace who constantly buffered Wilson. Fernandez and Lascelles have a bit of the beast in them and it is missed when both of them are absent. 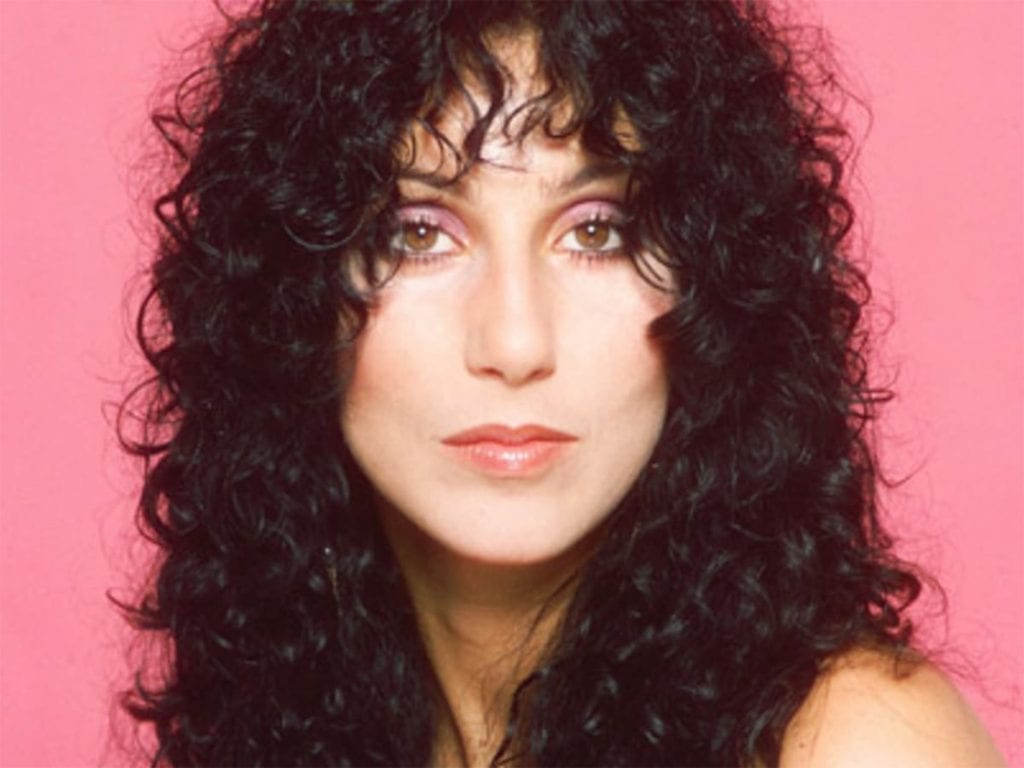 So an end to an entertaining and attacking half. Newcastle had the best of it both in possession and chances but were 2-1 down due to a combination of poor finishing and weak defending. The second half took only forty-four seconds to bring the next chance, Wilson heading towards goal from a fair way out as United cranked up the pressure and the anticipation grew. That was it though really.

Palace had dropped deep to protect what they had and United quickly ran out of ideas, replacing aggressive attacking play with sideways passes and pointless, unhurried possession. When Zaha went off injured after 58 minutes, Palace retreated further, when Maxi replaced Hendrick, United lost all semblance of shape. The next chance of the half was when Shelvey headed over about 20 minutes later. There was now no impetus or passion.

Dwight Gayle came on for Manquillo and Fraser dropped to right-back but the substitution brought no real change in tactics or fortune. If anything, dropping Fraser to right back made United worse, his mistake gifting Andros Townsend a last-minute open goal only for our former star to find the Leazes End big screen rather than the net. We had two players up front now but still the ball rarely went into the box and when it did, except for a Schar header, Palace ate it up.

ASM went on the occasional dribble but Palace double teamed and knew with Maxi cutting in from the left and Miggy from the right, that no one was going to cross the ball in. The midfield had now been abandoned. Speculative attempts from Schar and Shelvey fooled no one and Andy Carroll was thrown into the mix with a couple of minutes to go as United also abandoned defence. Despite a slow and ponderous approach to big Andy’s threat, it almost paid off. The only cross of the last ten minutes landing on his bun and flopping into the keeper’s arms. 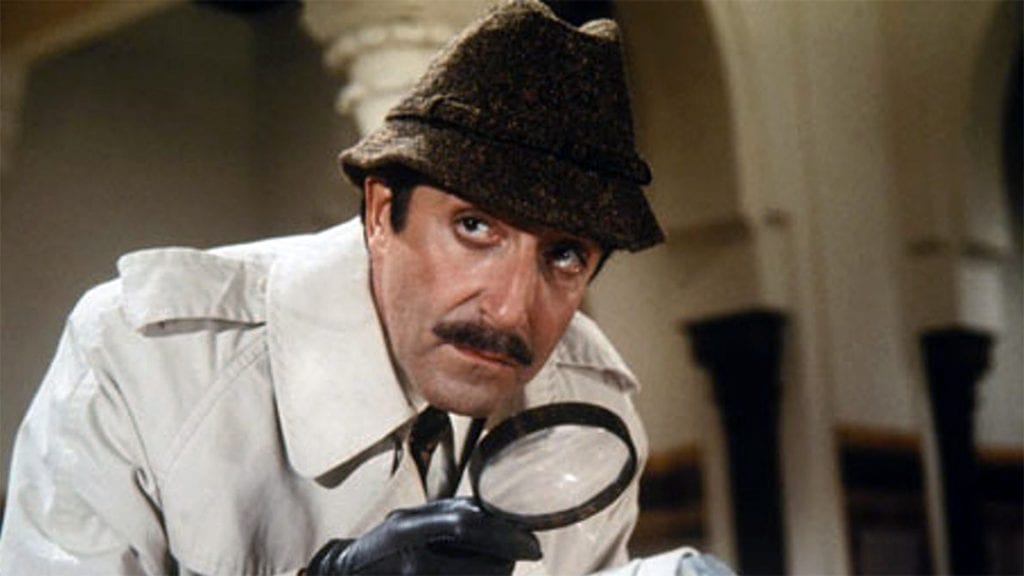 ‘Where is ze diamond?’

After the game, Roy Hodgson said very little, which made sense: “I thought we passed the ball well in the first-half – the control we had of the ball in midfield, the way the full-backs were getting forward and taking advantage of the fact there was some space out there. The second-half was more close but that was because they [Newcastle] had the ball much more and were playing the ball forward into our backline much more often.”

Which was pretty much the opposite of what I saw but he is 108 years old. Palace did what they had to do, no more, and their attacking players never really got into the game because they didn’t have to. It was all about bodies in the box once they had got ahead and they did that well enough, even though Newcastle offered little in the way of concerted pressure.

Without wanting to bang on about the positives of getting beaten at home to a team a couple of places above us again, it is fair to say that United should have gone in at half time at least level, which would have made the second half a completely different kettle of bacon than it was. Whether that is a positive, creating chances and missing them and not defending set-pieces properly, is an open question, but it was at least entertaining and Newcastle were officially ‘front foot’.

The second half was the opposite, Palace were happy to sit thirty yards away from their goal so Newcastle were not ‘front-foot’ by choice, they were forced into it by the opposition. That means that the territorial advantage and possession was meaningless. For Newcastle, it was more Pink Panther than diamond. The lack of chances created, lack of imagination, appalling team shape and scattergun approach to team attacks left me thinking that no real plan was in place to attack. Just chuck some attacking players on and see what happens.

Palace had a plan, they could defend all of that easily by getting men behind the ball and pushing our wingers infield into the congestion. That was a plan which United were only too happy to be complicit in. Bringing ASM on to the left wing meant that our two talented wingers were unable to get first time crosses into the Eagles box because they had to cut back to get the ball onto their stronger foot. Bringing Dwight Gayle on increased our numbers in the box but little else. Bringing on Andy Carroll for Ciaran Clark with two minutes to go made less sense than bringing him on earlier for someone else, keeping the team shape and getting the wingers to cross the ball into the box seemed a much more obvious and fruitful tactic.

The main differences on the pitch between this defeat and victory at Everton were obvious. NUFC were much slower against Palace, much less incisive and the much-heralded diamond was more of a splat. Defensively United were much less organised and easier to play through, especially during a second half when Palace weren’t even trying to do it but couldn’t help it, there were times when Shelvey and Hayden had dropped into centre half and NUFC had no one in the middle of the pitch at all.

Off the pitch it was also obvious that Graeme Jones had been told to stay out of the way, I didn’t see him leaping out of the dugout once to issue instructions, support or simply to get involved. Bruce stood alone pulling that face that he does, a fish gasping for air, a baby swallowing its first chocolate button, a fat man swallowing a burp, whatever it is he is doing.

It can’t be a coincidence that against Everton new tactics were in place and a man on the sidelines constantly enforced and reinforced them. Against Palace those same tactics were in place and all there was on the sidelines was a wet, old man looking like his Chupa Chup had fallen out of his mouth without him noticing. For his own sake at least, I hope Bruce puts his ego aside, acknowledges that difference and lets the new coach do the job he has been brought in to do. He should beware, this match was one of United’s best remaining chances on paper of three points and to get none of those points makes Southampton on Saturday an absolute six pointer.

After the game Bruce said: “The players had been comfortable for a long time. We are trying to change. It’s what I want to do and I think the players are enjoying it. Performance-wise, if we keep going the way we are, we will be okay.”

What he means by “okay” is anyone’s guess. Fourth bottom?

(The time has come for Steve Bruce to go – Read HERE)

Lee Clark verdict on Newcastle United sacking Steve Bruce – If going to do it, do it now

Joelinton getting a fair hearing?

Newcastle 3 Southampton 2 match report – One to remember and savour