The truth about St James Park and the Newcastle United atmosphere

A lot of talk about St James Park these days.

Friday night seeing the Sky Sports set up in attendance and so much praise for the Newcastle United atmosphere.

The likes of Jamie Carragher at St James Park on Friday, Neil Warnock on Sky Sports talking about how amazing the atmosphere was / is at NUFC.

Saturday night as well seeing the Match of The Day pundits and Gary Lineker waxing lyrical about the fans and their support.

When those in the media go on about how great Newcastle United fans are and the atmosphere at St James Park, one thing is for certain. You then get fans of other clubs saying actually it is a myth, Newcastle supporters nothing special and often quoting examples of times they have been to St James Park and there was little / no evidence of NUFC fans getting behind their team.

So who is right?

Well, roughly speaking, they all are, at least to an extent.

I think the big problem is that the media, especially Sky Sports, have always been desperate to stereotype Newcastle United fans, invariably patronising, usually lazy, just coming out with the same old cliches.

The way they want / wanted to represent Newcastle United fans and St James Park ended up as a scattergun approach, some of it positive but a lot of it negative and wanting the whole country to view our club as circus, a laughing stock.

So as well as the repeated mentions of great atmospheres at St James Park, you would get Sky Sports and others regularly turning up outside SJP, even when there wasn’t a match on, then overwhelmingly selecting the most embarrassing and clueless people / fans to interview on camera. Thus reinforcing this misrepresentation of a stereotype they were desperate to push, passionate NUFC fanbase but also generally not too bright and often cringeworthy in their (our) behaviour.

The real truth is of course, Newcastle fans are not gurning simpletons, well at least not all of us!

Another real truth is that the atmosphere at St James Park is / was not always great. There, I’ve said it.

Indeed, hand on heart, I have to say that at times it got to the stage where the atmosphere became woeful. As bad as you so often see at the likes of Old Trafford, Stamford Bridge and The Emirates, embarrassing.

However, at least we had a valid reason / excuse, or should that be reasons / excuses?

It took him more than a decade but Mike Ashley eventually managed it, finally sucking out any remaining real hope / enthusiasm that still existed amongst the NUFC fanbase.

Not surprisingly, this massively impacted on St James Park and the atmosphere at home games. At any other Premier League club, having Mike Ashley in charge would have led to a mass exodus very early in his ownership. However, tens of thousands of Newcastle fans torn between wanting to keep going to games and the whole matchday experience including / especially pre and post-match in the pubs, whilst at the same time not wanting to give Mike Ashley their hard earned cash.

Push at last came to shove and forcing Rafa Benitez out, in order to bring in the woeful patsy / stooge Steve Bruce, sent so many of us over the edge. 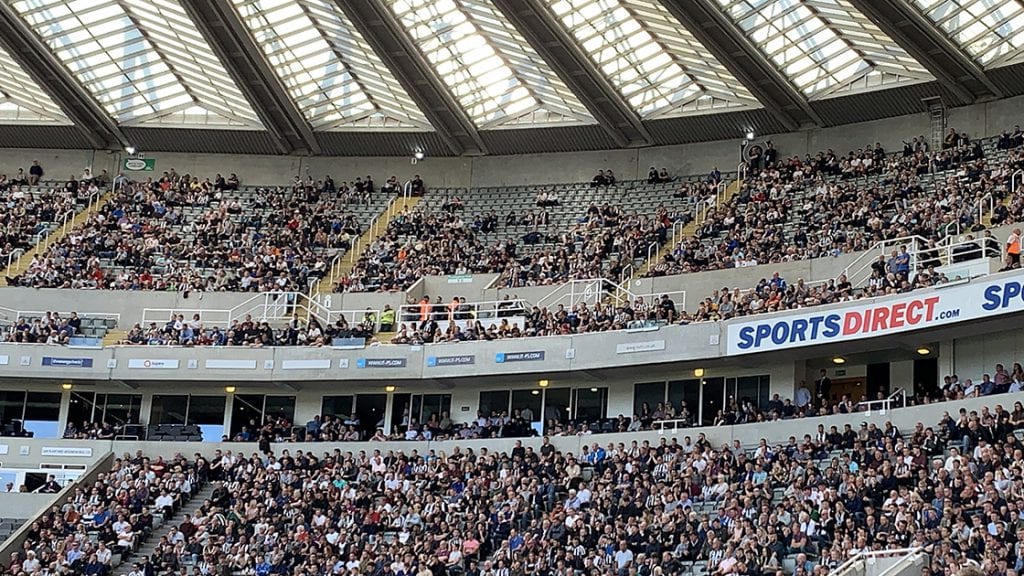 Mike Ashley taking a step that no other football club owner has ever done, so desperate to fill the countless empty seats around his SJP adverts, giving away 10,000+ free half season tickets. This was the moment when Ashley realised he had to sell the club, as otherwise would it be 20,000+ free season tickets the next time?

Attending matches, especially in the Steve Bruce era, was so often painful. Terrible clueless and ultra negative tactics and set up from Bruce, ensuring that on top of the underlying Mike Ashley influence, the atmosphere at St James Park pretty much disappeared. It was painful watching the football but arguably even more painful to sit inside our great stadium, in our magnificent city, sitting in almost total silence and often the only noise coming from the away fans up in the heights of Level 7.

That is now history though.

This includes of course the atmosphere at home games.

Hand on heart, the atmosphere at St James Park is now easily the best in England.

Once given the opportunity again to have even just a little bit of hope, Newcastle fans have absolutely grabbed the chance with both hands.

I’m so pleased now for my kids that when they go to home matches, they are part of such a brilliant matchday experience. It had back in the day got to a stage at times where Wor Flags would do their thing pre-match and then so often as soon as the whistle went to start the game, near total silence instantly descending on St James Park.

Not now. The excellent Wor Flags displays in the build up, now sees that enthusiasm / atmosphere carried into the matches.

Well, we lost it for a good while BUT now it is back bigger and better than ever, certainly since the Sir Bobby days. This is despite some pretty average football and players, just imagine if the likes of Bruno G and Kieran Trippier have a team built around them and real success comes our way? 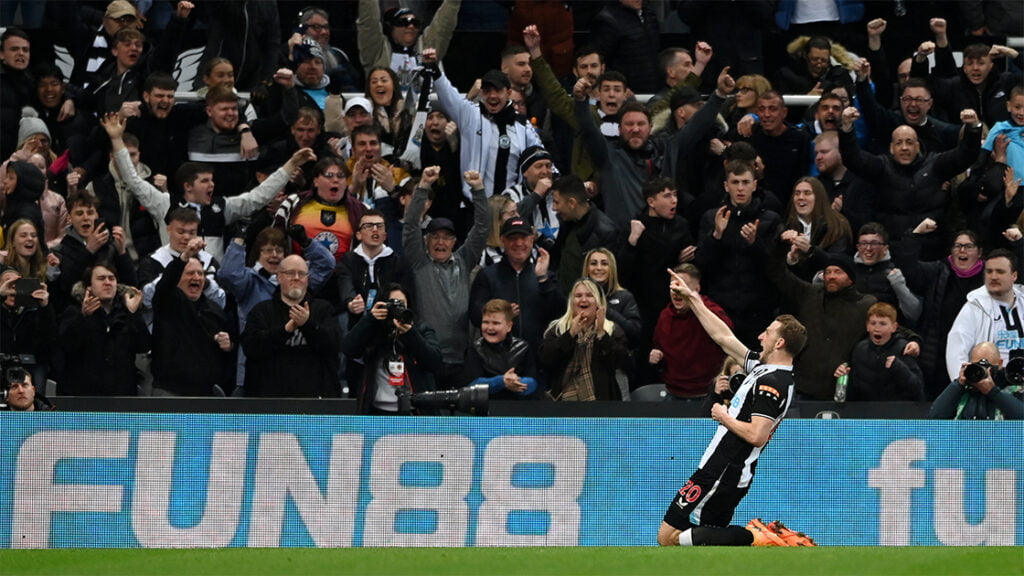 Newcastle United are on the way back and the fans have rediscovered their mojo, St James Park is once again, such a good place to be.