When the Monk bumped into Bazoox in Whitley Bay

I didn’t plan to go bounty hunting when I put my Lee Van Cleef tee-shirt on but I came up with a ‘Fistful of Dollars’…everyone that knows me knows that I’m a lone predator, and after a morning exchanging messages with the Monk he ventured into the lions den unintentionally.

After the barman said “Stella as usual Simon” the Monk got into a conversation about hitting the Three Bulls for 9 o’clock tomorrow (Saturday).

I glanced over and nearly struck a match on his chip Klaus Kinski style.

“You are the Monk” I said and he answered “Yes that’s me”.

Now previously, that would never have been seen as an introduction, but a warning.

The Monk then joined me at the table and I immediately asked why he kept sticking up for the Fatman.

His reasoning wasn’t from the point of an all and out crawler, so I listened and tried to absorb his take.

I didn’t agree on any of it but the Monk kindly offered to get the drinks, which I reciprocated a half an hour later.

Stella, as you (regular visitors to  comments section on articles on The Mag) all know is his tipple and we got on to what we both want for the future of Newcastle United and he didn’t disappoint.

He actually wants the same as us and admitted that he likes to play devil’s advocate on the Mag.

I hadn’t seen Simon (the Monk) for many years and we are both a lot older (although as the Bazooka man from North Shields I’m in better shape) but I reckon that today’s meeting is a coming together before the start of hopefully a glorious new era.

I reiterated that I have no intention of going back just yet but I wanted all Newcastle United fans to be treat fairly. 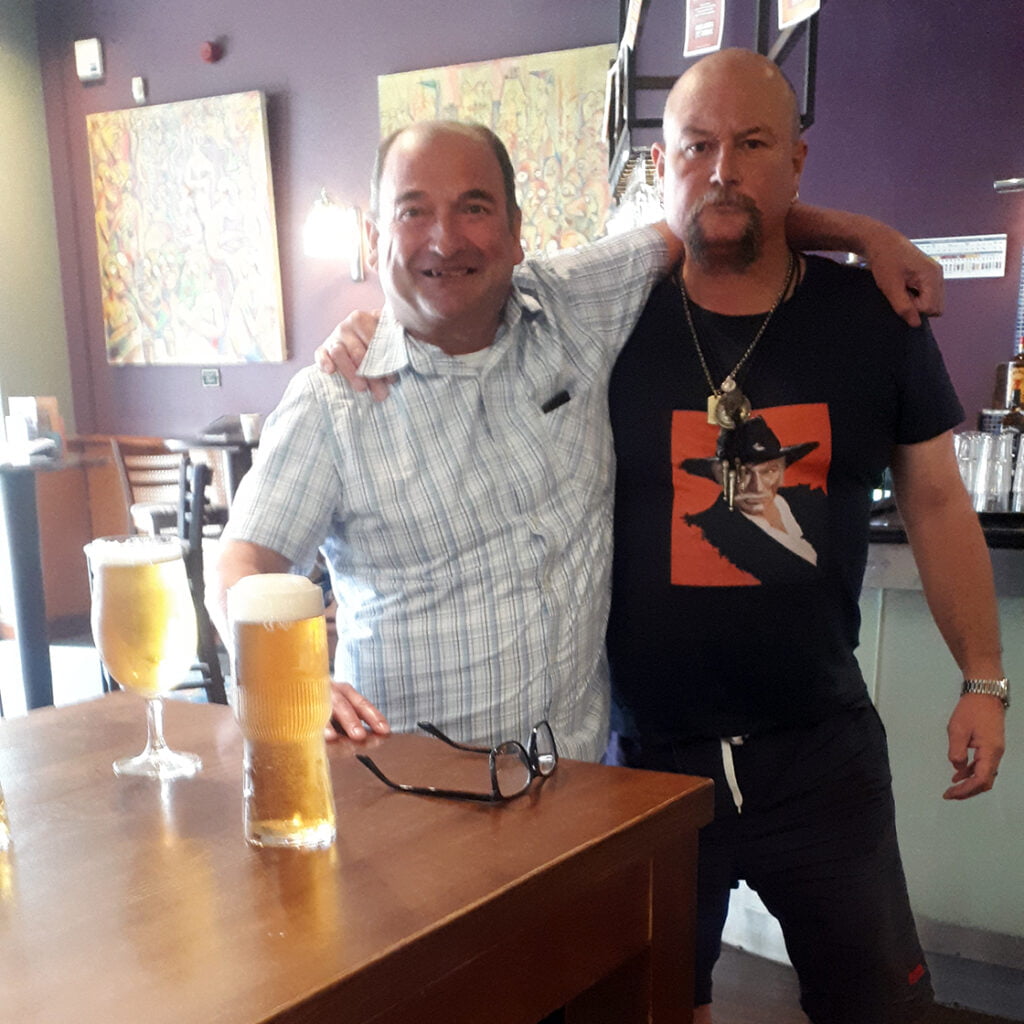 ‘Fashion Stevie’ who knew us both, then came in and bust up the communion, but at least I now know that the Monk is on the general wind-up.

If me and him can tolerate each other’s company even for an hour, I’m sure that before we know it our fanbase can be Re-United once again.

Oh and Monk assured me that he has nowt to do with the Peri-winkles Jack.

“e even reminisced about Malcolm Dix and swapped tales of the likes of John Gibson, Freddie Fletcher, Sir John Hall and Pavel Srnicek.
Gordon McKeag and ‘The Supporters for Change’ and ‘Magpie Group’ from the late 1980s were also mentioned.

Of course, he took pride in flashing his mini-wad of matchday tickets for the Forest game…