The Newcastle United pre-season is all but gone.

We are asking various regular / irregular Mag writers a number of questions ahead of this 2022/23 Premier League season,

The idea to get a wide range of views ahead of this Newcastle United campaign.

A snapshot of what various fans are thinking about, what might lie ahead of us all…as well as reflecting on various other NUFC issues.

Next up we have Billy Miller answering a few…

What would your team be to start against Nottingham Forest?

Some contentious ones in there. I would personally start with the players who performed so well for us in the second half of last season. Let players play their way into this squad or have underperforming players replaced. I think come the end of the season Pope will be our number one but until Dubravka underperforms I do think he deserves loyalty for his contribution last season and in previous years. If you asked me who I think will start, then I’d be surprised if it wasn’t Pope. That said, Pope came across brilliantly in the interview he did with The Athletic and I am very happy with that transfer.

Almiron gets the nod over Fraser for his pre-season form.

Tough call between Willock and Longstaff but I think Willock offers a bit of mobility and could build his confidence if he starts well at home against a promoted side. Saying that, I am very, very tempted to sling Anderson in there. I would give the young lad at least thirty minutes off the bench.

I think Sven Botman might get a bit of the Bruno development, find himself eased into a starting berth, but I certainly wouldn’t be disappointed to see him start.

When Newcastle United appointed Eddie Howe, what was your reaction?

It’s easy to say this now but I was 100% behind Howe on his appointment. I was excited about Emery too when that was mooted but, if anything, I was even happier with Howe. He was a manager I’d admired at Bournemouth and I wrote an article after his appointment highlighting his achievements and saying that I hoped he could be our Alex Ferguson. A sentiment that has been shared by Mehrdad since. In researching that article, I found that his CV was even more impressive than I had originally realised.

I had my wobbles. When I was travelling back from that Watford game, when they scored a late equaliser, I was starting to wonder if we were going to get ourselves out of the mess. I needn’t have worried.

When you consider the signings we’ve made, Howe appears the perfect fit. For the most part we’ve gone for experienced, disciplined Premier League talent with excellent attitudes and Howe is the embodiment of that. 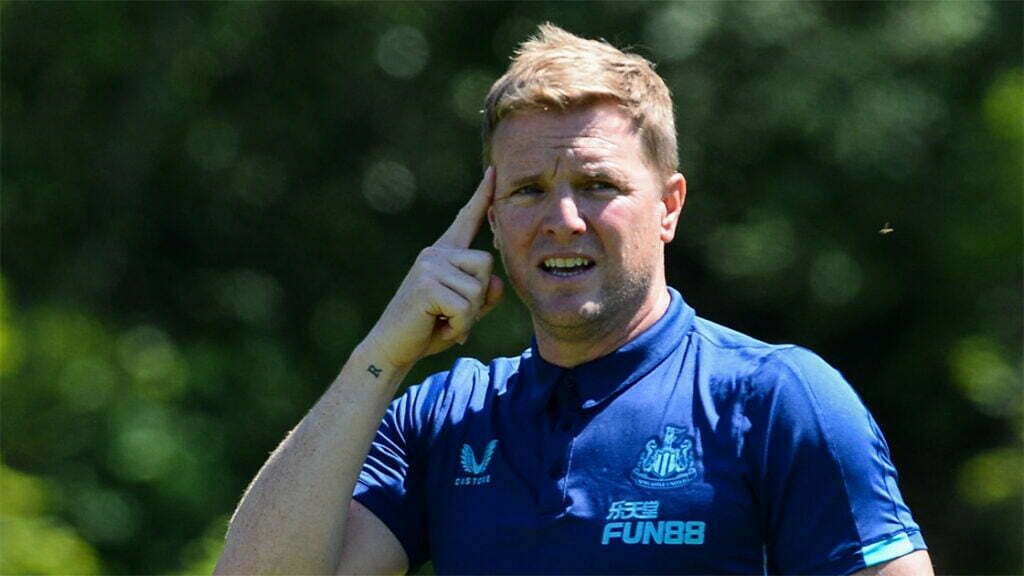 What do you think about Howe now and what part do you expect him to play in the future of NUFC now and for how long?

I think he can grow with this team. It’s impossible to predict what the ownership will be like with regards to supporting a manager during a tough spell. They’ve obviously sacked a manager already…but he’d pretty much sacked himself. I think they’ll be patient with Howe but realistically, if we’re not pushing for Europe within the timeframe that they have set out, they may look to someone that they believe can take them to the next level.

What is the fairest way to sell season tickets, who, if anybody, should get priority?

This is a topic that is bound to make me some enemies. I don’t think there is any fair way, certainly not one that will please everyone. I feel for the fans that took a stand against Ashley and lost all their loyalty points by walking away.

If we’re talking ‘mirror, mirror on the wall, what’s the fairest of them all’ then probably an ongoing cycle would be the very fairest. Have a two-year cycle for example and you get a point for every home game you turn up to. It would be a logistical nightmare (but we’re talking fairest, not easiest) but if there was a way of making sure the person turning up was the person who the season ticket belongs to then you could fairly gauge how many games they attend.

Away games wouldn’t be factored for loyalty points (you would earn away game points for these which put you higher in the queue for away tickets) as there will be people that simply cannot get to away games but want to attend every home match. If you can’t attend a home game, you notify the club, and they generate a resale to ensure no empty seats on a matchday (maybe you get half a point for this). At the end of the two year cycle the fans with the top 75% of points have the option to renew their season ticket with the other 25% going back on general sale. This won’t please the fans that have had their tickets for many years, but it will mean the tickets are going to the fans that want to attend as many home games as they can and aren’t staying with people that just want to rock up to 4 or 5 big games a season and leave their seat empty or sell them on at a profit the rest of the time.

This solves the touting issue too. As I say though, logistical nightmare as how do we ID 30k+ season ticket holders every game? It would probably have to be spot checks with severe sanctions for those caught not playing ball. As I said, this topic was always going to make me some enemies.
The only realistic solution is to sort out the capacity issues. I live the other side of the country but still tried to get a season ticket (I travelled up to 7 home games after the takeover last season and will do similar this season if I can get the tickets, I’ve already got Forest and Palace in the bag).

What is the fairest way for away tickets to be allocated?

I think the current system is the fairest, although maybe they could allocate 80% to season ticket holders and then do a ballot for everybody else to try and allow some members and general sale fans to have a chance.

If could guarantee stay injury free next season, which five players would you choose and in what order of importance?

Callum Wilson is undoubtedly my number one. I believe that if he stayed fit for 30+ games, and the team performed well, he could top 20 goals in a season.

Bruno took a bit of time to break into the first team but there aren’t many in the world (let alone the squad) that could displace him now. A vital cog in our team.

ASM splits opinion but I am very much pro-Mr Gucci Headband. I predict this will be his most productive season in a Newcastle shirt. However, if he doesn’t get to 15+ for combined goals and assists I think he’ll probably be moved on next year. 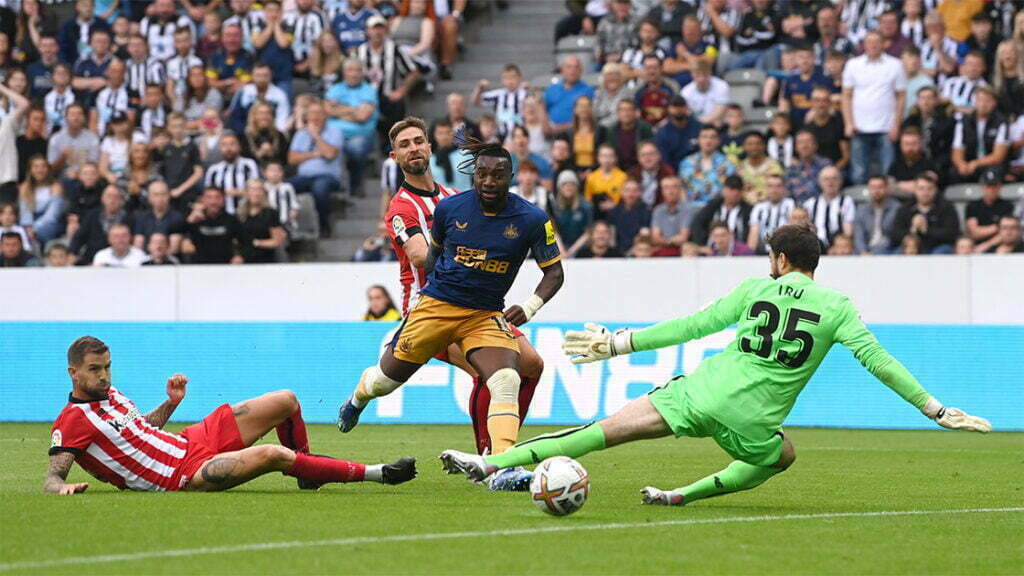 Trippier picked up an injury earlier this year and it didn’t derail us, but had we never signed him I also don’t think we would have ever started that incredible run that dragged us to safety. As admirable as Krafth did, I want Trippier on the pitch every game, leading the team and smashing free-kicks past dinosaurs.

Joelinton, who would have said that a year ago?

If you had to put your mortgage/energy bill on it, where would you predict Newcastle United to finish in each of the next five seasons?

8th, 6th, 4th, 4th, 2nd marginal gains. I don’t think we’ll win the title in the next 5 years, but I do think we’ll nab a trophy. If we can break into the Man City / Liverpool duopoly within 5 years, I’d be pretty happy.

What would be your ideal final 2022/23 Premier League table, where you would love to see each club finish, in positions one to twenty?

So, this is ideal right? Not realistic but ideal? In that case it’s just a case of listing my favourite to least favourite clubs in order. To be honest, there are a lot of teams I have neutral feelings about but a relegation three of Tottenham, Everton and Man Utd would make me very happy.