I was lucky enough to get a few days off work and jumped on an Easyjet to Lisbon without suffering long queues, lost luggage, or being re-routed to Reykjavik.

It was a great trip and reminded me of previous travels to see Newcastle take on European opposition (I have very fond memories of getting mortal in Metz.)

We started spotting Newcastle fans on the morning of the game. Some arriving at their city centre hotels, others taking in the huge main square overlooking the bay. We enjoyed a breakfast of strong coffee and delicious pasteis de nata custard tarts. Not quite up to Greggs standard but not bad…

Down the road a few lads in Toon tops were getting stuck into some tasty Sagres and Super Bocks.

Lisbon is an amazing city, built on a number of hills. Exploring the centre is a bit like walking up and down Grey Street a dozen times.

Pre-match and the fans on the Praca Dom Pedro IV were in fine fettle. All kinds were in evidence, from some singing on a park bench to families enjoying jugs of white sangria at a local cafe. Brand new shirts mixed with vintage. One lad said he had paid over £200 for a classic Adidas…

Heading up to the stadium, we emerged from the metro into an area underneath a dual carriageway. A clutch of trailers were dishing out draught lager and bifanas – the local roast pork sandwich. We were welcomed with enthusiasm by the Benfica supporters. They asked for photos and we watched them and a group of our fans perform the traditional haka, “We Hate Sun’lan”.

The Benfica stadium is magnificent and the roar of the home fans took our breath away. Their supporters were out in force and singing came in huge waves. Flares were lit towards the end – a deep fiery red – with supporters chanting like demons! 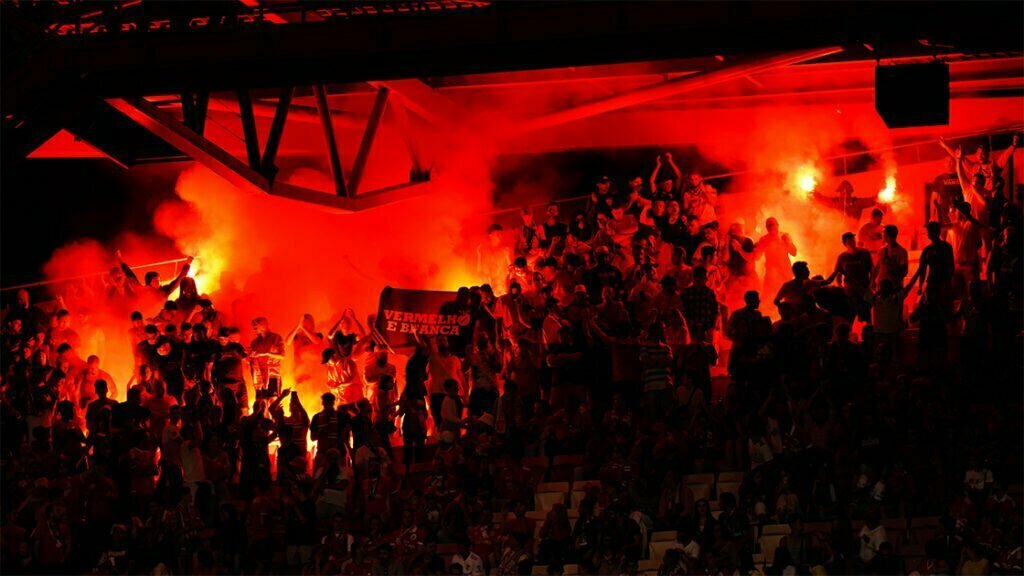 The game itself has been properly reported elsewhere. We lacked fluidity in the first half but were more settled in the second. Jonjo and Joelinton dominated midfield after the break and we were probably undone for the winning goal when Shelves was injured and Joe got the red.

For some reason our singing was below par. Perhaps because the fans were divided up into three or four blocks and separated by screens. The heat and journey may have played a part…and a few fans had clearly over-indulged in the hours leading up to kick off.

It’s not my job to tell others how to behave but…if this was a rehearsal for a future schedule of foreign dates, some definitely failed the audition: a totally p.ssed feller who couldn’t find the metro, a comatose lad lying on the street surrounded by bottles, and another urinating on the floor of the stadium toilets.

All I would say is that, when on tour, we should treat these opportunities with respect. This is our future; a brilliant opportunity to see Europe and beyond following our team. If you don’t take care of yourself you could get into serious bother – and the club’s reputation is at stake.

So here’s to successful future foreign tours where everyone plays their part.

Geordies will be back on stage in Europe soon –  this Lisbon trip was a rehearsal.