What do fans of Premier League clubs think about what has been going on at their club and their hopes / wishes for the 2022/23 season?

Well, The Athletic have carried out a big survey of thousands of their paying subscribers.

The Athletic asking the fanbases of all 20 Premier League clubs – ‘Are you feeling hope or fear’ ahead of the 2022/23 season.

First of all though, this is how The Athletic poll turned out 12 months ago, gauging the sense of hope or optimism ahead of that new 2021/22 campaign: 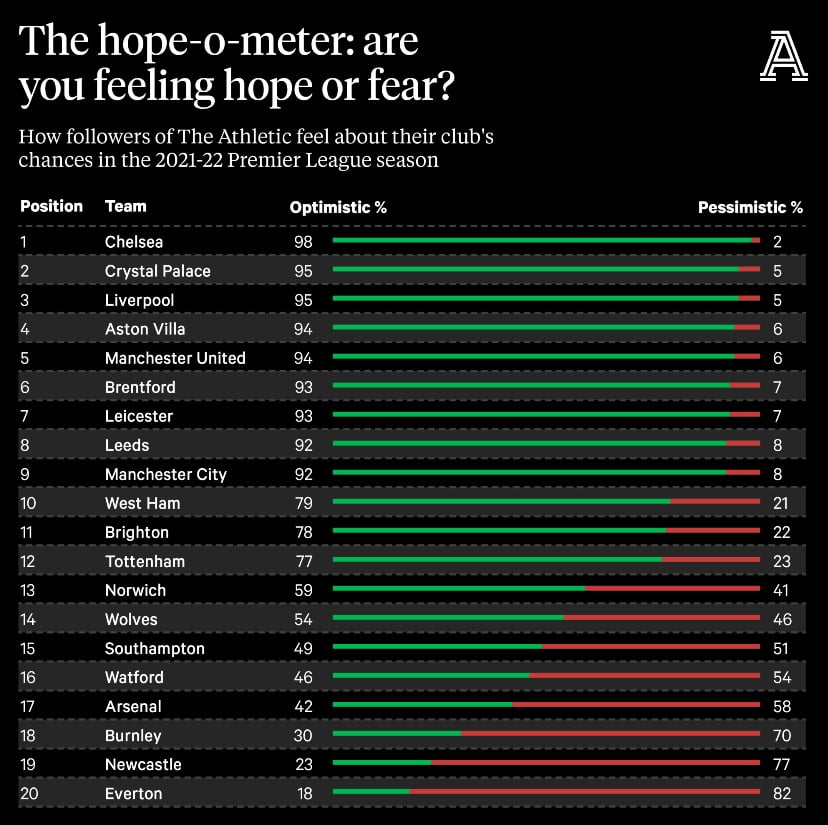 Now have a look at the new one from The Athletic for Premier League clubs ahead of the 2022/23 season: 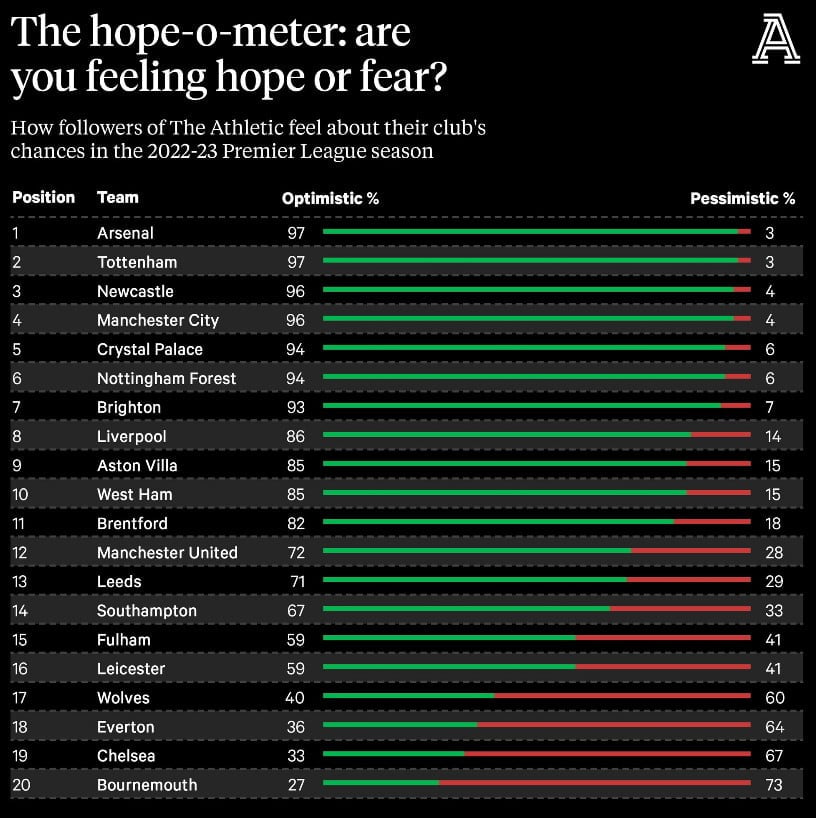 So Arsenal and Tottenham topping the hope stakes, whilst maybe surprisingly, Man City fans only fourth and Liverpool eighth.

Well, the difference from twelve months ago couldn’t be more stark.

Newcastle fans going from a position of only Everton fans having less hope, to now only two fanbases having more hope than NUFC supporters on the direction their club is heading in.