At one time I used to sit in the Newcastle United family enclosure.

It used to be…interesting.

For starters, you had to get to your seat. ‘Level 7…with 140 stairs and 14 landings on the way up to your seat. If you have mobility issues or you feel challenged by the climb, please speak to one of the friendly stewards who can direct you to a lift.’

Unless you got there well ahead of kick-off, the queues were always a bit mad, so it was the stairs ‘challenge’ for us.

The lager is obviously rubbish that they serve at the match BUT that final swift pint tasted ever so good after conquering the west face of St James’ Park.

Anyway, inside the Newcastle United family enclosure, you had a very strange mixture.

Despite that, at least when I was up there in the middle of the Mike Ashley era, there were some groups of adults (blokes) sitting together near us. Then you had loads of groups of teenagers. Obviously you people watch a lot, especially when the football is rubbish, and it wasn’t a case (at least around us) of these two kinds of groups (blokes together / teenagers together) having any connection. Such as getting loads of season tickets between them, with the adults / blokes all sitting together, with the teenagers in another set of seats.

The groups of teenagers loved sitting at the very back of Level 7, mainly I think because then they had nobody watching from behind them. Rarely a match went by when there wasn’t stuff thrown from the back, usually empty plastic bottles, the odd chip and once in a while a half finished pie. Regardless, by the time you were looking behind you, all you could see was a sea of faces of ‘innocent’ teenagers, with zero chance of finding out the culprit(s).

Moving forward to July 2022, I think it is now time to reduce the Newcastle United family enclosure, or get rid of it altogether.

This is nothing to do with pie throwing teenagers or the Mike Ashley regime seemingly happy to sell blocks of Newcastle United family enclosure tickets to whoever was willing to buy them.

I simply think that the Newcastle United family enclosure has had its day.

To get where I am coming from, first of all you have to understand why it was first introduced.

Mike Ashley and his people said it was because they were concerned about trying to make sure watching NUFC was affordable for families, that they were the future of the club blah blah blah. If you believe that, I take it you must also believe Ashley is on a mission to clothe the less well off on the cheap, from the goodness of his heart, with his business model of pile it high and sell it at a budget price in his retail stores.

Mike Ashley was only concerned about filling as many seats as possible at St James’ Park by whatever means, so that his retail empire adverts weren’t surrounded by empty seats. He was more than happy to compromise on price for many of these seats, including of course the long-term deals inside the rest of St James’ Park, tens of thousands of people forced to commit to their seat for the following season as early as January – during the middle of the previous season, in order to keep their ‘cheap’ price of season ticket. Ashley knew what he was doing and had fans on a hook. Yes the football might be rubbish, yes zero ambition shown, but for most people it was a case of thinking ‘well, I know I’ll probably end up still going next season regardless, it’s a social thing etc, when I meet my mates before and after, so why give up the cheaper price…’

Times have moved on though.

Newcastle United are a very different club. Now ran with ambition and no problem selling all the seats / tickets.

The thing is as well, that adult tickets in the Newcastle United family enclosure weren’t cheap cheap when I was up there and guess still the case, maybe something like two thirds or three quarters of the price of sitting in the Gallowgate or Leazes. However, the kids prices in the Newcastle United family enclosure were stupidly cheap. I say stupidly cheap because from my memory they were something like £60 or so, no more than £70 I reckon for the season when we last sat there. This meant that for so many adults / families it was just a case of having a cheap day out, something to do that didn’t cost much for entertaining the kids. The down side of this though was that with it working out at just £3 or £4 per kid per game, you ended up with loads of kids around us who had minimal to zero interest in the actual match. At any one time I would say half the kid around us were on some device, mostly phones and others on i-pads, games stuff and whatever. Literally, some of the kids would regularly be sleeping for long parts of the match (I felt quite jealous actually at times!).

There was one bloke in particular who stood out, I think he lasted two seasons just in front of us. He turned up at the start of one season with twins boys, the trio with season tickets, the two kids looked two years old, certainly no higher than three. From the first minute they were antagonising each other and had zero interest in anything else, including the match. It usually took no more than 15 minutes tops for the dad to crack and hand his phone over for the kids to ‘share’ for the rest of the match, playing whatever games and of course arguing constantly about who had control of it. A family of four also intrigued me, they sat next to us for a few years and had levels of interest from mild (the mam) to refusing to take any interest (the daughter), the dad and son were somewhere in between. The girl (around 11 or so) sat next to me and wore her headphones all game, plugged into some device watching music videos mainly I think. 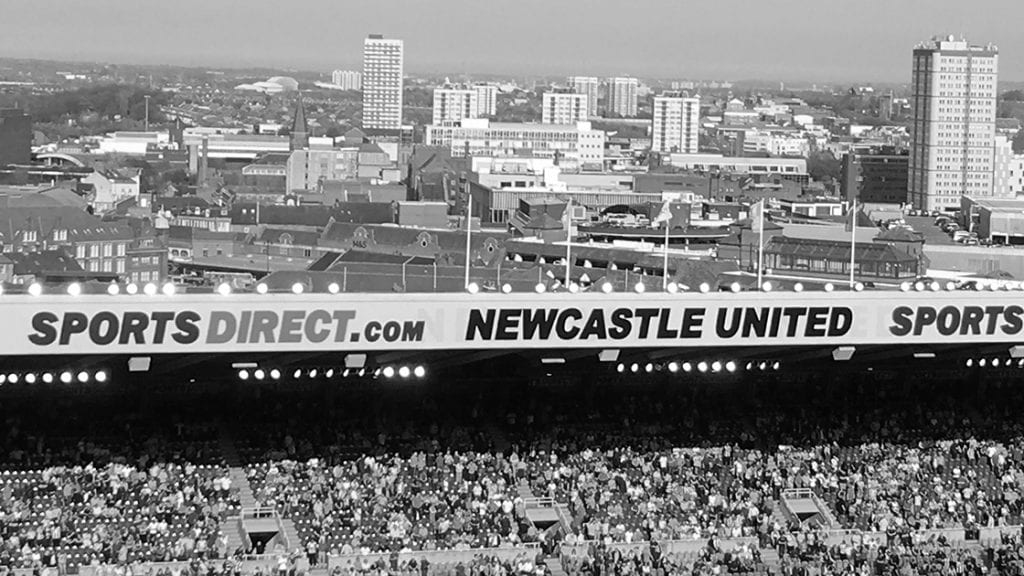 What I never thought fair, was that at the same time, kids sitting in the rest of St James’ Park with their parents / family were paying far more. I think back then it was probably around £200 for a kid’s season ticket in the Gallowgate / Leazes compared to the £60 or so in the Newcastle United family enclosure. For me, if anybody was really bothereed about kids being the future of NUFC etc, then no kid (their parents!) should have been been paying more than £100 for a junior season ticket.

Anyway, the final straw that prompted me to write this, was / has been the match by match tickets going on sale.

Tickets are obviously selling out very quickly for matches…apart from the Newcastle United family enclosure.

On Thursday the Man City tickets went on sale and within a couple of hours almost every ticket was sold apart from in the Newcastle United family enclosure.

However, this (Friday) morning, when I looked at 9am there are still around 700 tickets left in the Newcastle United family enclosure.

It really is time to reduce the Newcastle United family enclosure or, preferably, get rid of it altogether.

Still keep season tickets / match by match tickets cheaper than the areas lower down but get rid of the over the top very vey cheap kids season ticket prices up there. Have a more gradual price for kids season tickets around the ground, with not such a massive difference between behind the goals and up in Level 7.

Get rid of the family enclosure and just have it as a normal part of the ground, where everybody can buy tickets.

Demand and supply is telling us this as well, everywhere else inside St James’ Park quickly sells out but the family enclosure takes far longer.

I know the new Newcastle United owners can’t do everything overnight but the quicker a plan is sorted for the future of (a hopefully significantly expanded) St James’ Park the better. The same with Ashley’s long-term cheaper prices that bought off fans and created a them and us, which suited him down to the ground. It is ridiculous that now you have season ticket holders sitting next to each other, where one might be paying half as much again for their season ticket, as the NUFC fan sitting  next to them, simply because they kept giving Ashley their money.

We need a Newcastle UNITED moving forward, fair prices for all and decent levels of matchday revenue to be part of the financial jigsaw that drives our club forward.