For those of you who get bored easily, the article below will tell you that Newcastle United could fill a 77,550 seater stadium tomorrow.

The question is, how big would it need to be a few years down the line when we’re in the top five and playing regularly in Europe?

I’ve recently read a couple of excellent articles on The Mag about expanding St James’ Park and it got me thinking, “how many fans can we realistically expect to draw for home matches?”

You’ve seen the number above, and this is the logic used.

Anyone with any significant experience of the Middle East will tell you that if there’s one thing you can be sure of about Saudi Arabia PIF, it’s that they are on board to make Newcastle United one of the best teams in the World.

Not in the Premier League, or in Europe. We’re talking on the planet.

Google “Saudi Guinness Records” and take a look at the page on the Guinness World Records website headed “1 to 20 of 429 results”. That’s 429 world records held in Saudi Arabia and, not having checked each one of them, I’m willing to bet that at least 99% of those record winning entries were designed and built specifically to break a record. In other words, to be the best.

Between them; Richard Branson, Elon Musk and Jeff Bezos have 450 entries in the Guinness World Records. Apparently when you have lots of money, that’s what you do with it.

You can bet your mortgage that, as a matter of pride, Saudi Arabia PIF will not allow fans from other clubs to leave St James’ Park next season thinking it’s a dump.

So one thing we can be sure of, before the season starts, a lot of things at SJP will be getting a lick of white paint.

Forget that rubbish, I hear you cry, what about increasing capacity?

I spent a few years in the Middle East and I have to say, they don’t do things by half, so the first thing that went through my mind when I heard PIF were part of the consortium buying us was “here we go, let’s buy shares in readymix.”

It would be almost an impulse reaction for PIF to want to create such a facility in the UK but Staveley and Co have already told us that they have no plans to move the club, so talk has moved on to expanding the existing stadium.

Fans will be saying “just give us as many more seats as you can”, but on the business side a different process will have been worked through. And yes – this will have already happened, even before the sale went through. Accountants will have been working on how many fans will turn up every week when we’re top three and playing regularly in Europe. If the answer to that is, say 65,000, then that’s the capacity the new owners will be aiming for. However many seats we can consistently fill, then that’s the target. It’s better to have a few thousand fans disappointed because they couldn’t get tickets, than to have a huge oversized stadium with empty seats.

All this talk last week of 30,000 fans queueing online for season tickets might suggest that we could draw crowds of 70-75 thousand, but how accurate is that?

A few years ago a business finance expert mate of mine told me a story about Starbucks spending hundreds of millions of dollars researching where to build their coffee shops. They looked at shopping malls, high streets, footfall numbers, zoning issues, parking, competition, the lot, to make sure that they were building in the right place.

When Costa wanted to build a new coffee shop, they just looked to see where the nearest Starbucks was and built one next door.

I pretty much cribbed the Costa Coffee method of calculation here.

Having nothing better to do I took a look at attendances at clubs in the Premier League and tried to find some way of figuring out where we should be aiming when it comes to seating capacity, and that would give us some indication if a new stadium is where we need to be heading.

One of the big draws for prospective buyers has always been that Newcastle United is a one club city. We don’t share our fans with other clubs like in London, Birmingham, Manchester and Liverpool. If you were born and raised in and around Newcastle, chances are you are a Newcastle fan. 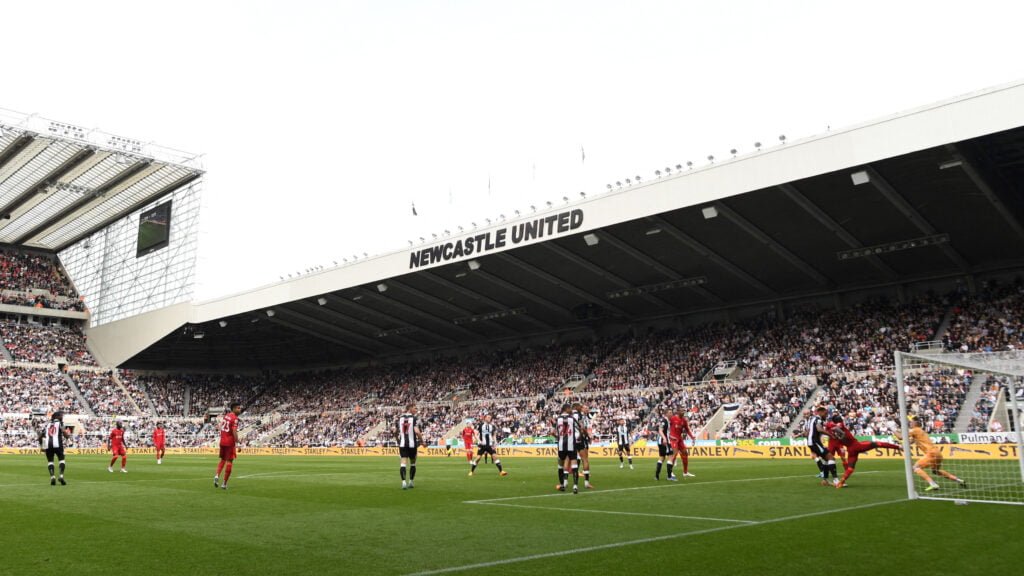 So, I went through officially published populations for big cities in England, pooled together average attendances for the clubs in those cities and looked for some kind of correlation between the numbers. I have to say I was pretty disappointed that there was no consistency.

However, then I found a financial website that listed what the they referred to as the “Metropolitan Population” of each city and that’s when the numbers started to make a little more sense.

For example, while the population of Liverpool, is listed as 579,000, the Metropolitan Population is 2.2 million. The new numbers made for interesting reading.

If you take the top clubs in London, for example, the numbers tell us that 3.2% of the Metropolitan Population attend home games. We can expect this number to be a little low compared to other cities due to the large number of other clubs playing in lower divisions who will “steal” fans.

The London percentage could also have been higher because some of the clubs are playing to full houses, meaning some fans were turned away.

If we look at Liverpool and Everton, between them they are pulling 4.1 % of the Metropolitan Population. 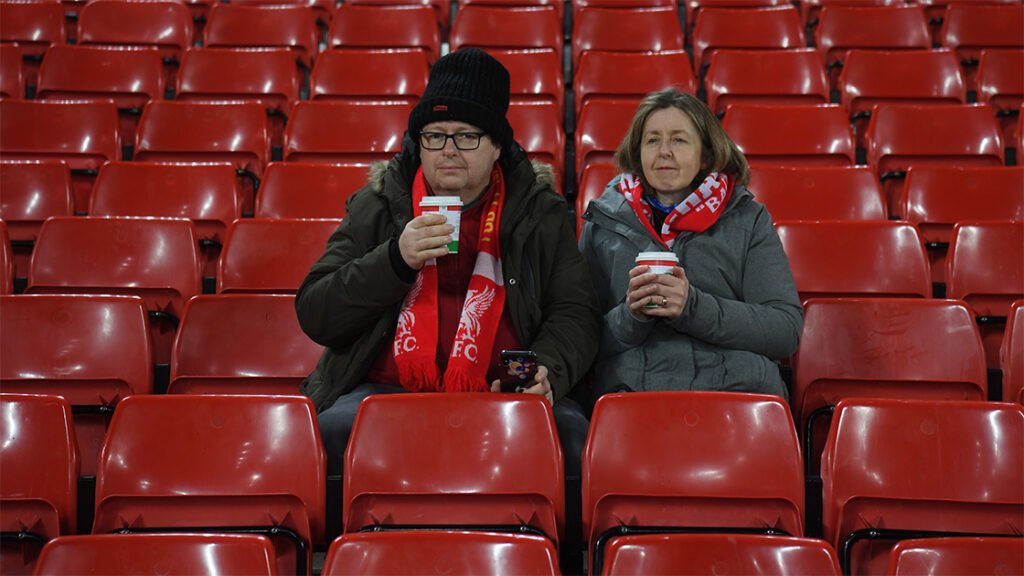 In Manchester, City and United are playing to 4.6%.

For comparison, Sheffield’s numbers tell us that Wednesday and United get 4.7%.

So where do Newcastle United, this one-club-city of football crazed fanatics sit in this calculation?

Our restrictive, sold out, 52,405 seater stadium has us drawing only 3.15% of our Metropolitan Population of 1.65 million.

If we scaled that up to the same as Sheffield (and why wouldn’t we?) we would be drawing crowds of 77,550 for our home games.

Obviously these numbers provide a pretty rough baseline and ignore a number of facts, such as;

Liverpool, Everton, Man U and City are playing to sell out home crowds, so much like us, attendance is restricted and could be higher.

The capacity of a club’s stadium includes away fans.

Figures for cities closer together such as Manchester, Liverpool, Sheffield, Leeds etc, like London, will be skewed by other clubs, with fans being shared with the likes of Burnley, Bradford, Huddersfield, Blackburn, Preston.

When you are successful you will pull in fans from further afield.

While this is hardly a scientific study, there’s enough information in the numbers to suggest that we should be looking to cater for 80,000 fans, which coincidentally ties in nicely with last year’s average, plus 30,000 queueing online for season tickets. 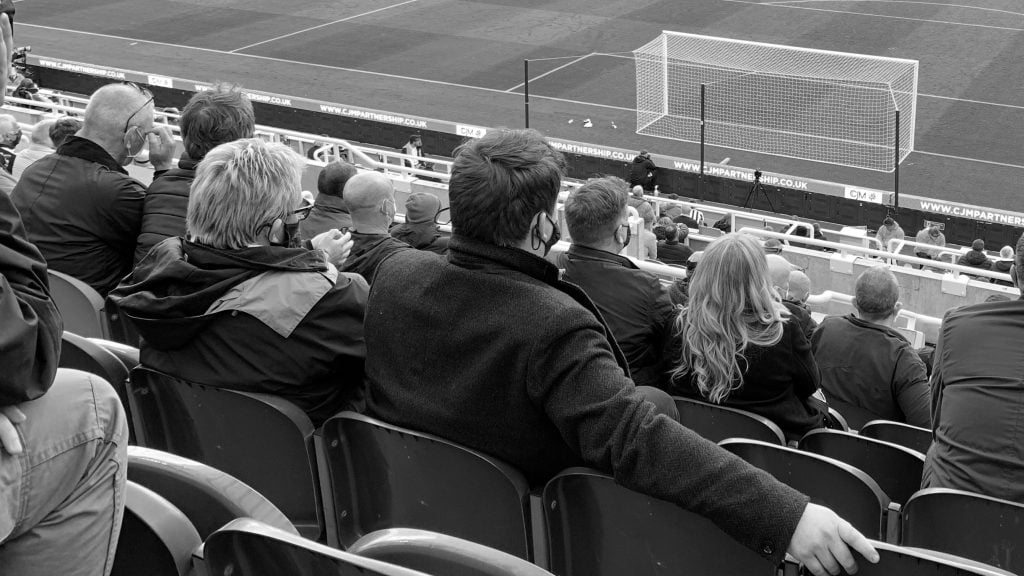 Can St James’ Park be expanded to cover that? Possibly, but it would have to be pulled down and rebuilt in stages with a multi-tier cantilever design, and would be almost completely unrecognisable when it was finished. Plus of course, while this was happening we’d be playing maybe five or six seasons at a significantly reduced capacity to allow the work to be done.

Naah! I think we just have to accept that if we want to move forward there’s a new stadium on the horizon, or maybe just over the horizon, out of town.