The 10 most important figures in the history of Newcastle United

In chronological order, I consider these are the ten people to have been the most important figures in the 130 year history of Newcastle United.

Scotsman Frank Watt joined Newcastle United as club secretary in 1895, a position he would hold for 40 years. On arrival Watt correctly proclaimed that Newcastle United ‘would become the Greatest side in the Edwardian era’.

Newcastle never had a full-time manager until 1930 and the side was picked by a committee. It was Frank Watt who was responsible for bringing the next three legends to St James’ Park.

After serving in the First World War, Colin Veitch came back to join the club as a coach, and went on to form the ‘Newcastle Swifts’, our first ever youth team in 1924.

Stan Seymour became known as ‘Mr Newcastle United’, and indeed he played, managed (three times), was Chairman and a Director.

He scored a thunderous volley at Wembley in 1924 as Newcastle beat Aston Villa in the FA Cup final, before becoming an integral part of the last Newcastle United side to win the top tier title in 1926/27.

He was also manager when Newcastle won the FA Cup in successive seasons in 1951 and 52.

The legend of Hughie Gallacher will never die on Tyneside and it is almost 100 years since he last kicked a ball in anger for the Magpies.

Hughie Gallacher was named captain of Newcastle United at the start of the title winning 1926/27 season and he scored 36 glorious league goals.

After scoring 143 goals in 174 games (at better than a 82% strike rate) Hughie left the club to join Chelsea, before retiring from football and coming back to Tyneside where he tragically later took his own life.

John Edward Thompson (JET) Milburn was as quick as his initials suggest and he is surely Newcastle United’s favourite ever son. A modest and unassuming man, ‘Wor Jackie’ was Newcastle’s talisman in the 1950s – scoring three Wembley goals, as United brought the FA Cup back home to Tyneside three times in five seasons.

A testimony to the man was that thousands of Geordies lined the route of his funeral cortege in 1988 to pay their final respects, over 30 years since he had last played for the club. 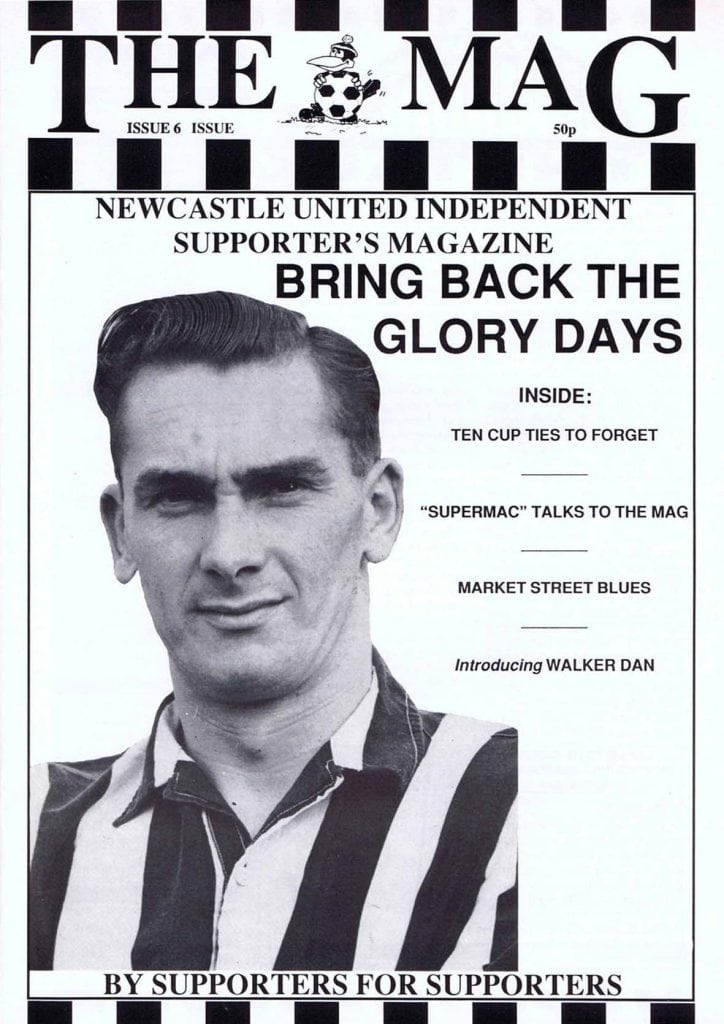 Joe Harvey captained Newcastle United to the FA Cup victories in 1951 and 1952 (*You can see the highlights of these games on Youtube and there is a wonderful pitchside interview with Joe proudly holding the Cup).

Joe went on to manage his beloved Magpies leading us back to the old First Division, however, his crowning glory was bringing home our last major trophy, the Inter-Cities Fairs Cup, in 1969.

Joe had a great eye for a player and brought the likes of Jinky Smith, Malcolm Macdonald and Tony Green to the club. He also nurtured the homegrown talents of Frankie Clark, Pop Robson, Alan Kennedy and Irving Nattrass to name but a few.

The next three men on the list are all connected together, through probably the most turbulent time in the club’s history.

Sir John Hall finally managed to take ownership of the club after an almighty two year battle, but the team had deteriorated so rapidly in the meantime, we were hurtling towards the old Third Division. 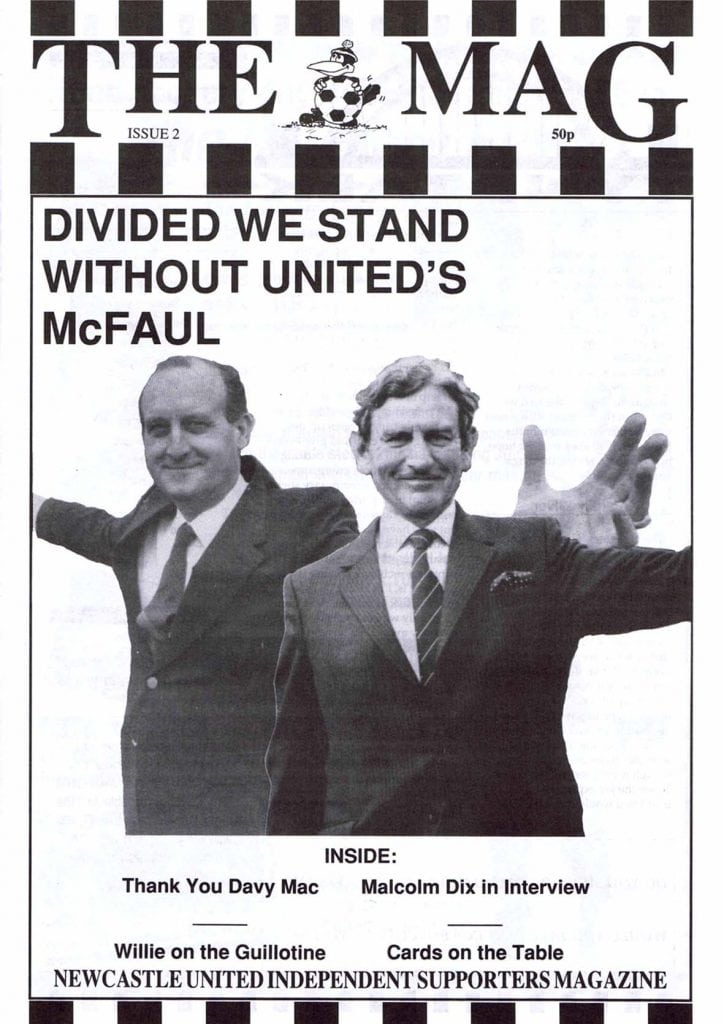 The panic button got pressed in early 1992 and to the astonishment of journalists and fans alike, Kevin Keegan was whisked into a hastily arranged press conference to become manager of the club he had so gracefully served as a player a decade beforehand.

He had a monumental job on his hands, but remarkably and against all the odds, secured Newcastle United’s Second Division status by winning the final two games of the season against promotion chasing Portsmouth and Leicester City.

It was David Kelly with the goal goal in the flickering embers of the Portsmouth game that I constantly remind folk is ‘the most important goal in our history’.

The 1991/92 season was our centenary year and if we had been relegated, I believe Newcastle United would probably have folded.

Twelve months on and Keegan’s swashbuckling side waltzed to the now newly named First Division title.

We took the Premier League by storm and secured third place and a return to European football in our first season back, acquiring the name ‘the Entertainers’ along the way.

The team would go into folklore after a thrilling title run-in in 1995/96, that ultimately ended in heartbreak.

And now last but certainly not least, the only woman to make it into the ‘Top 10’.

Amanda Staveley caused a stir back in 2017 when attending Newcastle United’s home game against Liverpool. There was soon talk of her possibly putting a consortium together including her PCP Capital group, but after a few months things quietened down and it seemed like we were stuck with the same greedy and ambition-less owner we had somehow endured for over ten years.

In early 2020 and with the Covid pandemic raging, stories emerged that Staveley was back, but this time with the Reuben Brothers and the mega-rich Saudi PIF. When this was confirmed and an offer was accepted, we were originally told that there were ‘no red lights’, and that with an exclusivity agreement in place there would only be the EPL’s Owners and Director’s test to undertake. 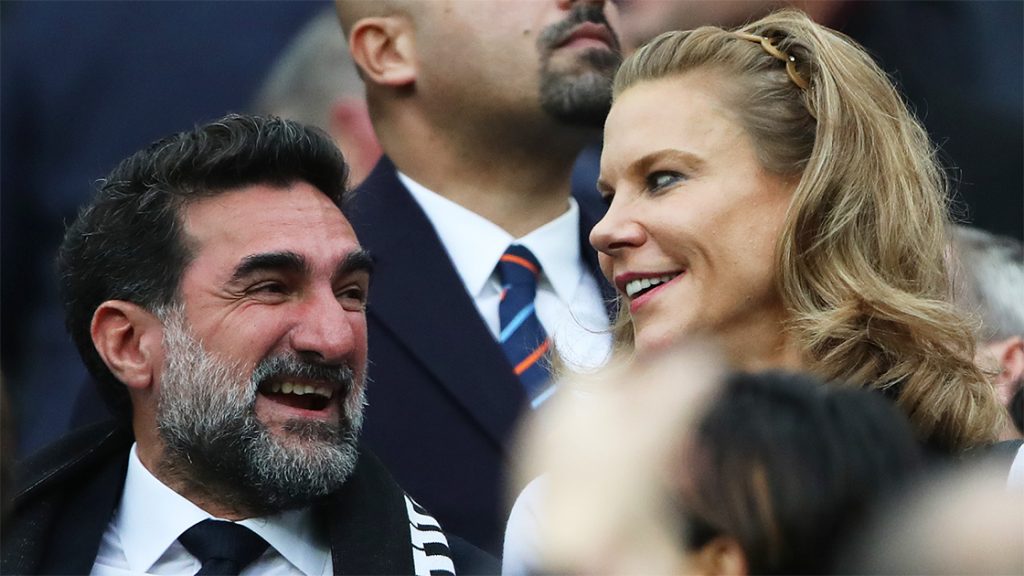 What happened next was an eighteen month runaround.

Although it had been proved and accepted that the PIF and Saudi Royal family were separate entities, Richard Masters and Gary Hoffman at the EPL kept blocking Amanda Staveley’s consortium and on July 31st 2020, Yasir Al-Rumayyan said that the PIF would now walk away. A tearful Staveley accused other Premier League teams of jealousy and conspiring against NUFC, she even named Spurs and Liverpool.

Nobody really went anywhere though and all consortium parties remained in place behind the scenes. This all looked like being settled in the courts until the events on the 6th and 7th of October 2021.

The Saudis resolved the long running TV piracy issue with Qatari based Bein Sports and the deal was approved.

Amanda Staveley, ably supported by her husband Mehrdad Ghodoussi showed great determination and resilience when many lesser mortals might have walked away, and she was the glue that kept the consortium and the fans united.

So far she has delivered on all the promises that she has made.

So Howay the Lads (and Lasses).