Newcastle United – The Good, The Bad and The Ugly?

In my early days writing for websites, long before the word “blog” had entered into the common vernacular, I used to do Newcastle United match reviews where I divided player performance into three categories – The Good, The Bad and the Ugly.

Heading into the new season, with a “Where Are We Now?” piece, I opted to revive that format.

Pre-season is not about results. It’s about the manager getting a chance to try out new philosophies with new players against a real opposition. Had he been in charge last year you would have slapped your forehead and exclaimed, “what on earth is Howe thinking – playing Joelinton in midfield?” You know, stuff like that.

So while our results have been decent, let’s not forget what pre-season is all about.

What I found most encouraging was that our manager split the squad for the games against Atalanta and Athletic Bilbao and we still came out on top. It wasn’t pretty, but it was against teams who both finished 8th in their respective European leagues, and they played almost all their players while we did it with two “B” teams.

So surely that can’t be a bad start?

As we home in on our last week of preparation for the new season, do Newcastle United have a squad capable of making an impact?

Do we have a first team that can land us comfortably in the top half of the league, do we have the strength in depth to get us through those inevitable darker periods when our star players have taken up residence in the Michael Owen Memorial Physiotherapy wing?

I’ll go through my opinion of the Newcastle United squad so far and I am sure you all being the open minded bunch that you are, you will accept it as just that, embracing it with open arms!

It’s easy to criticise players after the fact. You know, when they’ve missed that sitter in the last minute for a win, or when a defender and the keeper have one of those comedy “communication” issues that we love so much, but let me get my cards on the table straight away here, then later on in the season you can tell me exactly how very wrong I got it. Or, as is more likely, immediately in the comments below.

This is fairly self explanatory. Good players are those you can rely on week in and week out.

It’s a long time since we had two top notch keepers fighting it out for the number one slot, but I’m personally disappointed to say, that I reckon Pope will get the nod over Dubravka. The latter not helping himself against Bilbao with a couple of moments that could have gone very, very pear-shaped.

Whatever happened to the brilliant distribution that Dubravka brought with him when he arrived in 2018? I remember him pinging balls down the park to the feet of midfielders and forwards in the opposition half. A bit ironic that we have brought in Pope, also renowned for his distribution, at a time when our new manager has our keepers rolling the ball out to the edge of the box so we can “build from the back”.

Eddie – howay man, mix it up a bit. Let’s have the occasional hoof upfield from the keeper, just to keep the opposition on their toes!

At least this season we shouldn’t be naming four keepers in the squad.

The saying suggests that there are multiple avenues when it comes to removing the dermal layers from a feline quadruped of the domestic variety. Wolves threw conventional logic to the wind last season when they somehow finished 10th with a Goals Against that could have had them in Europe and a Goals For that should have had them in the Championship.

Is it possible that our “Plan B” is to emulate Lage’s strategy this season? “They can’t win if they can’t score” seems to be the most basic of tactics, but the one place we do appear to have an embarrassment of riches is in defence. We have improved right across the back line, and without a doubt Trippier, Burn and Targett have been immense for us, with Targett being the bargain of the January window.

Schar has found a rich vein of form but as I mentioned earlier, pre-season doesn’t really count.

I’m also throwing Fernandez and Manquillo in here despite them not having shown for a while.

In the engine room, Bruno and Joelinton are pretty much untouchable, and despite my initial comments when he first arrived as part of a “twofer” with Wilson, I’m tempted to drop Fraser in here with the “Good”. We’ve had many “tryers” in the team but that’s normally an almost derogatory term when referring to a player. Fraser is one of those rare animals – a tryer who makes things happen.

Up front in the “Good” department we’ve got Wilson. 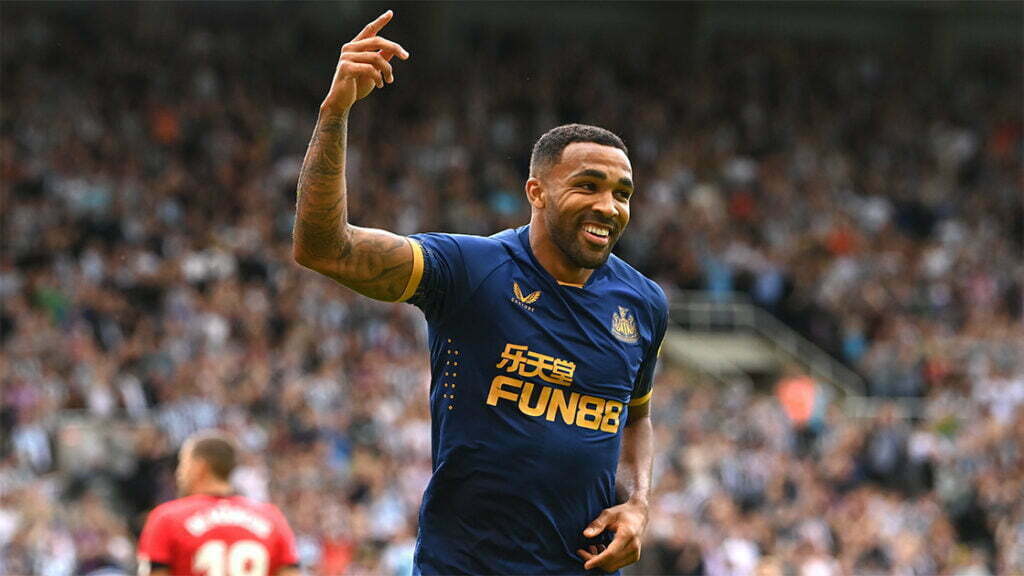 That’s about it really.

If I had the option, they’d be on their way.

The more I see of Lascelles the more I think we just need to move him on. My grandson is eight and is heavier than his sixteen year old sister. When he runs I shout “Go Jamaal!” Memories of Sol Campbell. Howe summed it up for me when he said that Lascelles is our captain and when he plays he’ll wear the armband. If he doesn’t play for whatever reason we’ll give it to someone else.

I’m guessing that being out on loan, or not making the squad, both fall into that “whatever reason” category.

This one will probably split the room.

Almiron, Saint-Maximin and Murphy all show touches that you might think would get them into the “Good” box, but in my view those touches are cancelled out by just about everything else they do.

Think of it as your kid coming home from school with a report card that has one A on it and nine Fs.

Those of you shouting at the screen about Miggy’s pre-season, this is his fifth season with us. Let’s not get carried away with goals against lower quality opponents.

Also falling into this group are Darlow, Matty Longstaff and Lewis. They just don’t make the grade in my book.

While they might not have the finesse and style of our superstars, these guys do a job. It may not be pretty but players like this are part of the core of any team.

The epitome of this kind of player is Jonjo Shelvey. He looks like he’s about to collapse just after the whistle has gone for the start of the game and it goes downhill from there. However, everybody’s favourite topic, “stats”, tells us that Shelvey puts in a full shift, and brings a brain to the game that we desperately need.

Also in this group I would put Dummett, Sean Longstaff and Krafth.

Three special entries in “Ugly” are Ritchie, Willock and Anderson.

Ritchie stays because of his versatility, while I’m giving Willock the benefit of the doubt, with him being only 22 and having had such an influential six months when he arrived on loan. 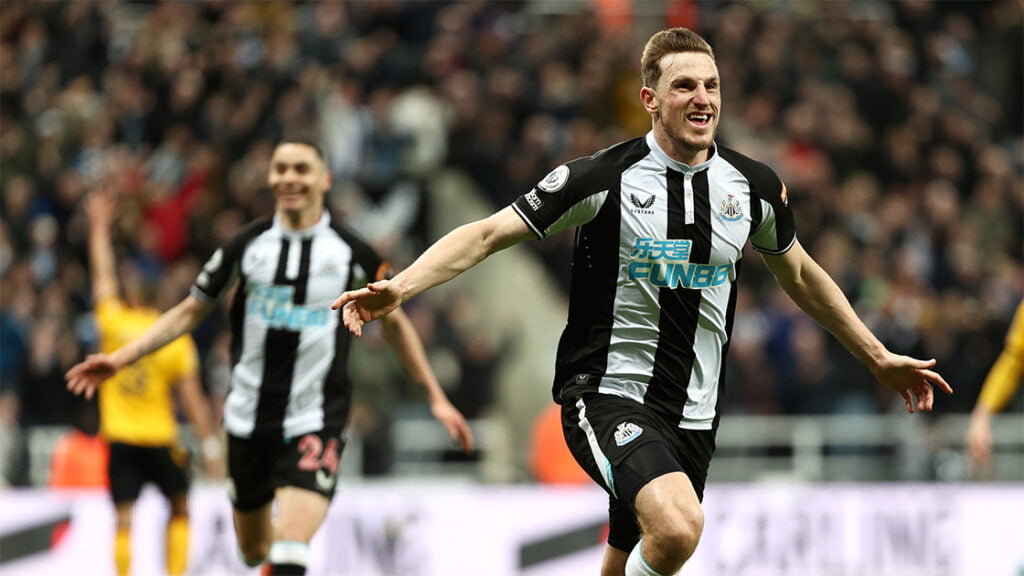 Had an appalling season, but his history in the Prem with Burnley would suggest there is a decent player in there somewhere, and that we are not playing to his strengths.

As for Botman, I honestly don’t think we have seen enough of him to rate him yet. In the games he played he did nothing silly, but then again, nothing special. He looked solid, but wasn’t really tested. 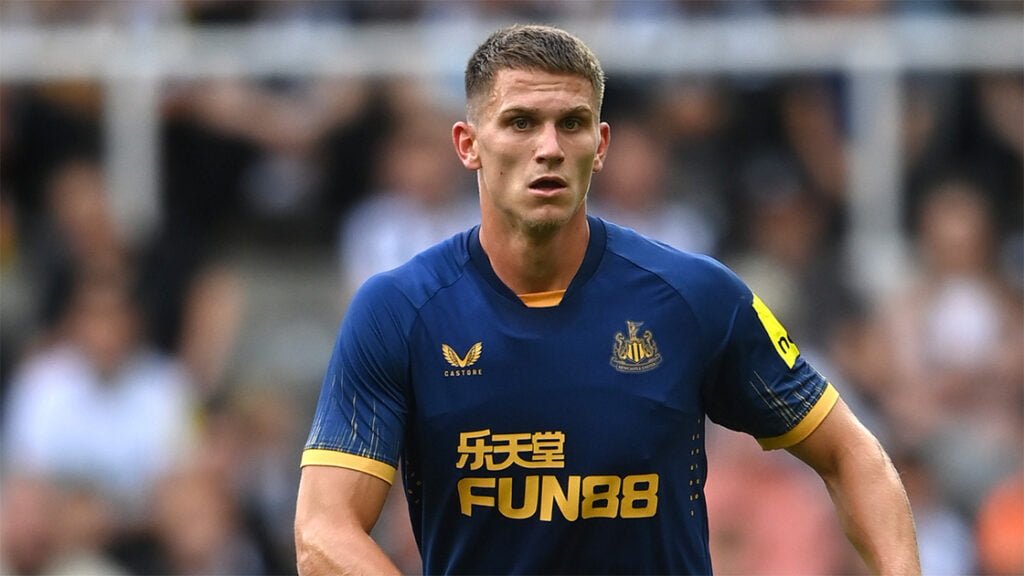 So back to the original question. Do we have a strong enough side to do well?

I think so, but of course, we could still improve in a number of areas. The press have been claiming that we are after a right winger and a striker and these are certainly two of the areas that are lacking, but we have a solid first team and impressive depth in most places.

What is definitely lacking is a willingness to have a crack from twenty yards out. That’s one thing I like about Sean Longstaff. He has a go. You don’t win the lottery if you don’t buy a ticket.

I’m also not so sure about this building up your attack from the back lark. To do that you have to have mastered the Dairylea, cheesy triangles passing stuff, and if the last two matches showed us anything, it’s that we seem to lose it when we are put under pressure.

I’ve been down the bookies and placed my usual hundred quid bet on us winning the league, which I’ve been doing for decades, but at least this time I might keep the betting slip.

If I’m honest, I think we can finish seventh with the squad we have.