The new Newcastle United owners are facing up to their first full season in the job.

Thrown in at the deep end, the consortium found themselves with an instant fire fighting exercise, that with Eddie Howe’s expertise, they had completed successfully within six months of the takeover.

We are now nine months down the line from that transformative 7 October 2021, when at last we could finally shake off 14+ years of Mike Ashley neglect and intentional harm to Newcastle United.

Newcastle United fans now having to get used to progress on and off the pitch.

A second half of the season that brought 38 points from 19 matches, only Liverpool and Manchester City picking up more.

Whilst off the pitch work has already started on improving the not fit for purpose current training facility, a short-term essential necessity whilst plans are put in place for a brand new state of the art training complex to be built in the not so distant future.

Dan Ashworth has been head hunted to be the new Sporting Director, one of the most highly rated in English football. A new CEO will shortly follow, as the Newcastle United owners look to employ the very best people they can attract to the club.

Behind the scenes, countless projects worked on to make Newcastle United the best it can be, on and off the pitch, progressive plans to be put in place which will include the best possible way to allow as big a capacity as possible at St James’ Park.

Then we have the small matter of investment in the product on the pitch, already in 2022 over £160m committed on the playing squad, as we have seen seven new signings arrive at the club.

So what could possibly go wrong?

Well for some Newcastle fans, it was something as seemingly innocuous as an announcement on friendlies.

Today (Tuesday 5 July), tickets will go on sale for the two St James’ Park friendlies against Atalanta and Athletic Bilbao.

The last St James’ Park friendly we ‘enjoyed’ under Mike Ashley, saw Newcastle beat Norwich 3-0 on 7 August 2021, 20,139 paying £10 (£5 concessions) to watch the only pre-season home friendly ahead of the 2021/22 Premier League season. If you waited and just paid on the day of that Norwich match, the prices doubled, but pretty much everyone who turned up paying half of what the new Newcastle United owners are now charging to attend either the Atalanta or Athletic Bilbao friendlies later this month.

For those Newcastle fans taking umbrage at the prices for these friendlies, the reaction ranged from furious (some calling for a boycott of these friendlies in retaliation!!!) to slightly disappointed. Some seeing it as outrageous the doubling in friendly prices, whilst for most of those unhappy, more the case of slightly disappointed that this was the approach of the new Newcastle United owners.

Important to say at this point that it doesn’t appear to be / wasn’t a case of a majority of NUFC supporters expressing negativity, however, that kind of split above amongst a vocal minority of fans. 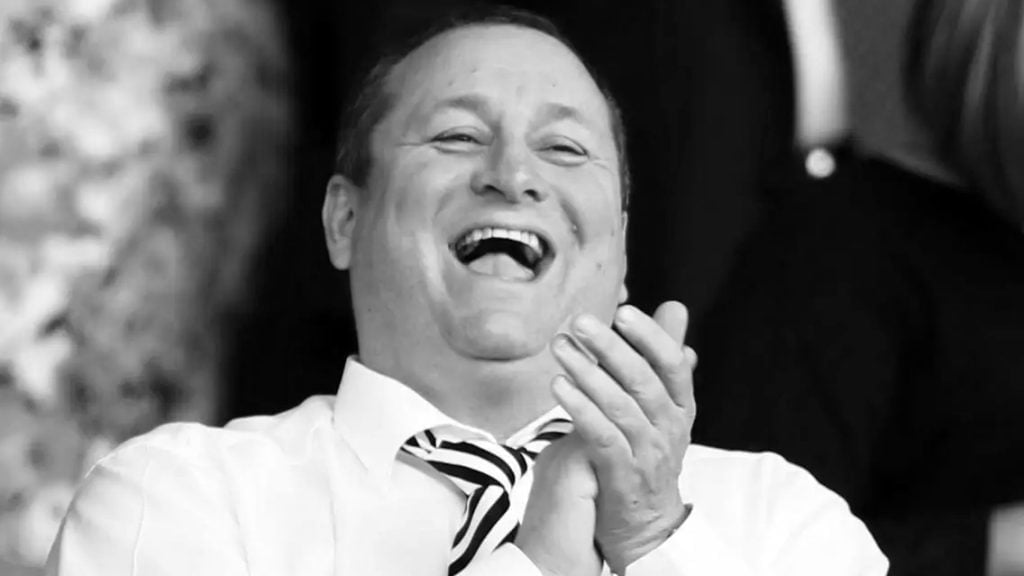 Not a great fan of friendlies personally anyway BUT that final Mike Ashley SJP friendly surely perfectly summed up his 14+ years at the club. Very much like his tat empire. Put any old rubbish on sale and if it is cheap enough, there will still be plenty customers to allow money to be made.

Apart from something to do, entertain the kids, see the (NO!!!!) new signings, why did anybody turn up on 7 August 2021 to watch Newcastle United play Norwich City? No matter what the price. A team that only three months later Newcastle were going to be playing in the Premier League at SJP anyway and pretty much the least attractive Premier League opposition you could imagine for a friendly. Why hand any money, even a penny, over to Mike Ashley?

For me, I have seen this coming a mile off.

The new Newcastle United owners – Challenge now on for the NUFC fans to match their ambition.

For some fans, the identity of the new Newcastle United owners definitely warped their brains. For those supporters, now just a case of sitting back whilst the club signed all the best players in the world and we turned up paying a pittance to watch NUFC finally winning trophies again.

I don’t want Newcastle fans suddenly all getting charged the kind of prices the likes of Arsenal, Spurs and Chelsea charge so many of their supporters. However, there is happy / fair medium.

Back in the days of Kevin Keegan’s team and the same under Sir Bobby, Newcastle United were one of the more expensive teams to watch outside a small number of (mainly) London-based clubs. Nobody really complained, not many anyway, as the money you were paying for tickets helped put the likes of Shearer, Given, Speed, Lee, Ginola, Robert, Albert, Tino, Bellamy, Woodgate on the pitch. That money also helping Newcastle United to challenge for the title and bring us Champions League football. 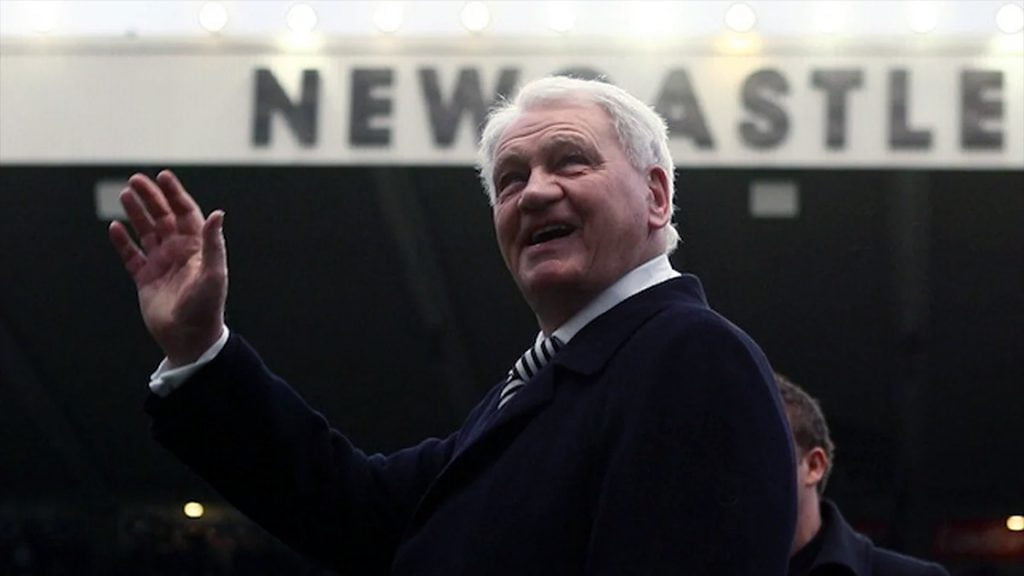 Yes, these new owners are on another level when it comes to their wealth and power but the Saudi Arabia PIF fund isn’t all at the disposal of Newcastle United, whilst the Reubens haven’t become the richest family in the UK by happily laying out as much money as possible without any thought as to how they will eventually expect to make a significant return on their investments.

Newcastle United fans are going to have to do their bit if this club is to be successful and laying out money on tickets, more than when Mike Ashley was here, is going to be part of that.

It will of course be the same in cup matches, no more £10 and £5 for a very cheap day out with the kids and ZERO expectation of actually doing anything in the FA Cup and League Cup.

Pretty sure that even when Kevin Keegan was doing his stuff almost thirty years ago, we were paying more than a tenner to get into cup matches, certainly we were in Sir Bobby’s time. So I don’t mind doing it now when once again the club is trying to progress, to win stuff. We might still never win anything but I don’t really care about that, just so long as we are trying to do it.

I would hope that at least in the early rounds of the cups, the Newcastle United owners would keep prices at this £20 / £10 (concessions) level, but if it was £30 for example, I personally wouldn’t be getting upset. Once again, if you are paying for a far better, more ambitious, product and the chance to see Bruno G, Botman and Trippier playing us towards a cup final, then bring it on. After all, a £30 price level would still be below what it will cost for match by match Premier League games.

As I indicate above, the cup matches under Mike Ashley had become some kind of bizarre anomaly, the owner having no choice but to have these matches played BUT with the intention of exiting ASAP to concentrate on crawling to Premier League survival, whilst at the same time providing a cheap and (often not so) cheerful day / night out for the family.

Yes, the new Newcastle United owners will seemingly be looking at every means possible to get as much money into the club as possible, BUT one of those most important revenue streams will still be matchday cash. With Financial Fair Play rules, that is why it is so important that we have as big a capacity as possible so that in future years as many fans as possible, will pay as much as possible (within reason), to help Newcastle United compete.

Last season, Newcastle played the very lowest number of matches possible, exiting both cups at the very first opportunity. That was an absolute extreme but pretty much along the lines of what we have become used to. Under the new Newcastle United owners we will be looking to be competitive in the domestic cups and of course hoping to also get back into European competition. All of that could see Newcastle United in a position of having easily more than 50% extra games at St James’ Park on top of the basic 19 Premier League home matches.

The equation in the future…

As I say above, I have seen this conflict coming for some time, Newcastle United fans not accepting that there is a price (worth paying) for success, or at least ambition. 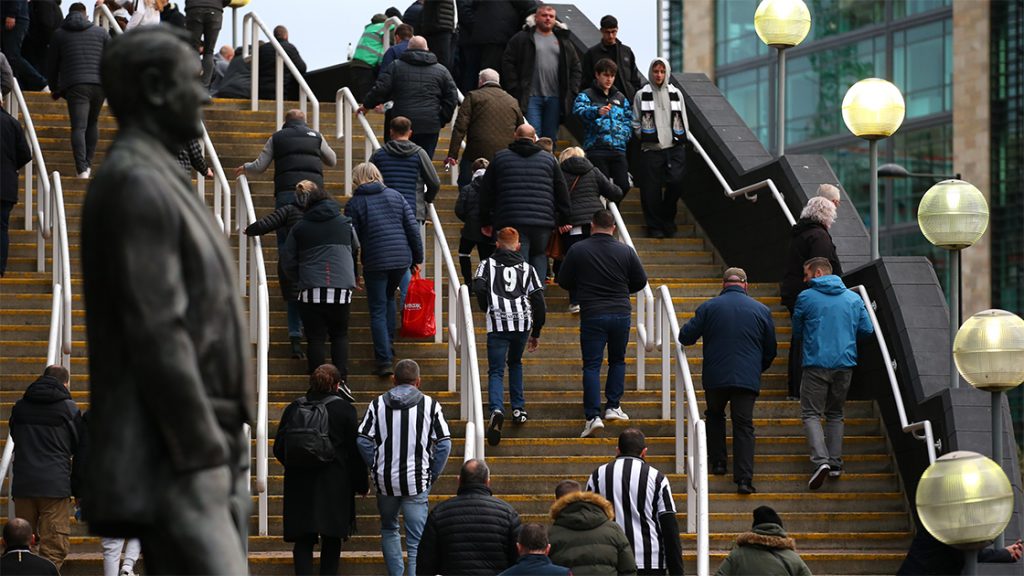 When the season ticket prices were announced for the 2022/23 Premier League season, I saw outrage from some existing season ticket holders because of a rise in price.

This was because their long-term deals had ran out, so the price now becoming what ‘new’ season ticket holders were / are paying.

Thing is, Mike Ashley cynically created those long-term offers to keep tens of thousands of fans inside St James’ Park. Laughably he presented it as looking after the fans, whereas in reality it was looking after himself. Ensuring as many fans as possible would remain inside SJP to give his shop adverts credibility.

Ashley was also very happy to create a them and us amongst fans. Those staying as season ticket holders (especially on these long-term deals) and the rest.

For most of those on long-term deals having to commit in the January for the following season and start paying monthly for that following season before the current one was over. It helped prevent a significant drop in attendances, until summer 2019 the line was crossed and a mass walkout followed, Mike Ashley then admitting the game was up for him by replacing those supporters with 10,000+ free half season tickets.

In return for remaining loyal to Mike Ashley, those on long-term deals kept paying the same price.

Meaning that now they are having to pay the proper price when their long-term deals ran out, it is proving a bit of a shock.

Well to me it can’t come quick enough, both to help Newcastle United compete thanks to bigger revenues from season ticket sales AND to end this two tier them and us approach.

For those of us who refused to continue to be controlled by Mike Ashley and came off long-term deals, we have been paying far more for season tickets and match by match tickets, than those on the deals.

This is a new Newcastle United and we all have to do our (fair) bit.

I don’t want to see anybody priced out of St James’ Park but at the same time we need to compete with the other clubs and fair competitive prices for tickets are part of that.