As a great believer in brotherly love, this is an article on brothers who have played for our great club, Newcastle United.

In all of the following cases, one brother, more or less, made a strong imprint at the club.

The most famous brothers to have played for our club are George and Ted Robledo in the 1950s.

George was a phenomenal goalscorer and starred in the victorious FA Cup winning teams in 1951 and 52. 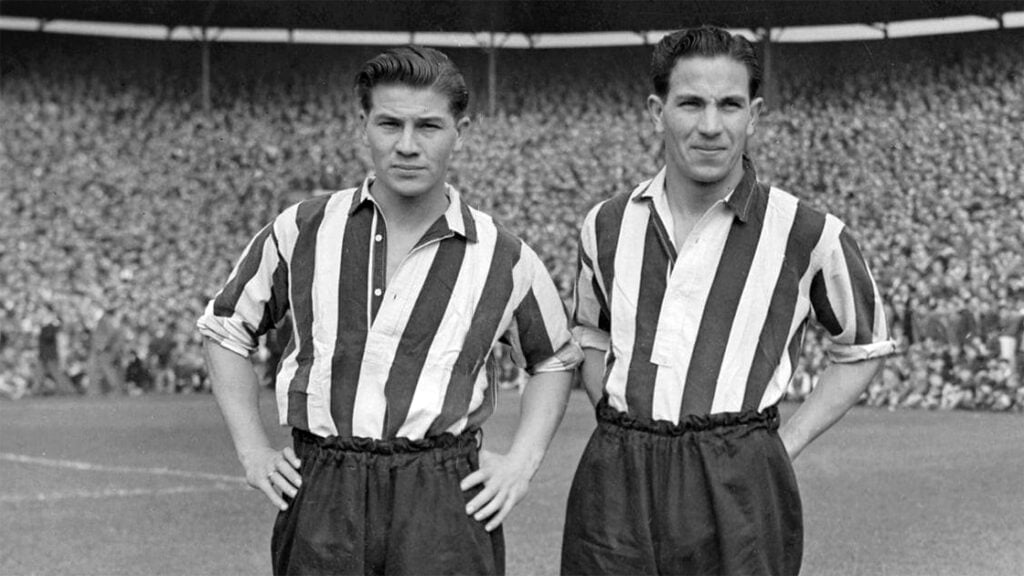 He bagged the only goal against Arsenal in the second final, this was immortalised in a drawing by an 11 year old John Lennon (the picture featured on the cover of Lennon’s 1974 Walls and Bridges album).

Peter Withe became a cult hero at Newcastle between 1978 and 1980. If he wasn’t catching dogs at St James’ Park, he was swinging on crossbars after another towering header had nearly burst the net. His younger brother Chris joined us in 1980 and made two league appearances.

Ron Guthrie was a strong back-up player for Joe Harvey’s side in the 1960s and would go on to be a cup winning hero with Sunderland in 1973. His younger brother Chris also played in Newcastle’s first team in the early 1970s.

Shola Ameobi became a prominent member of Sir Bobby Robson’s squad in the early 2000s and would go on to carve his name into Geordie folklore as a mackem slayer, scoring seven goals in Tyne / Wear derbies.

Younger brother Sammy enjoyed a spell in the first team under Alan Pardew and at one stage another brother Tomi was on our books. 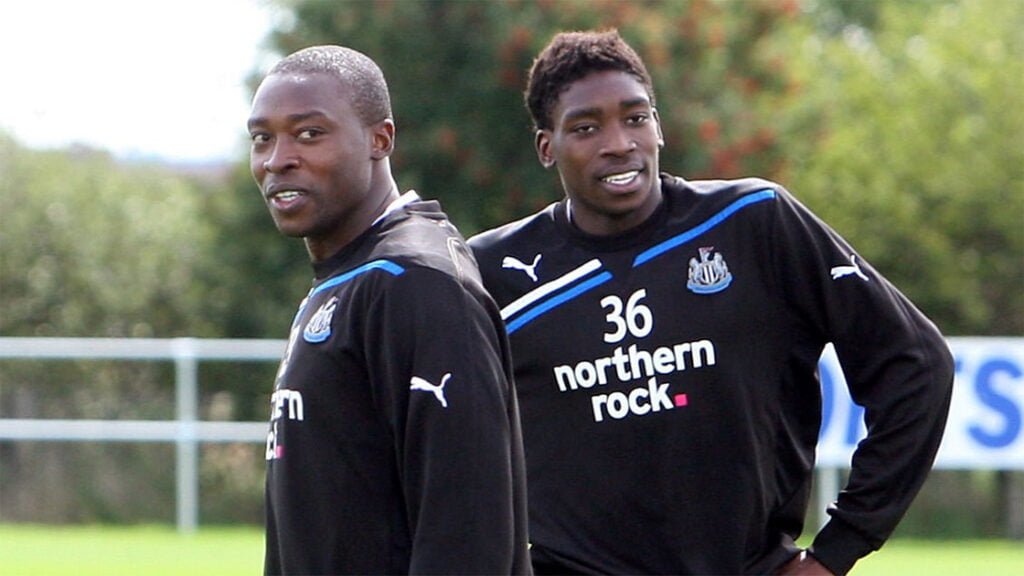 Jamie McClen was a first team squad member in the noughties, but not a lot of people know that his twin brother Steven was a youth player at the club alongside Jamie.

Siem de Jong was brought to the club from Ajax but his stay was blighted by injuries. His brother Luuk had previously had an unsuccessful loan at Newcastle.

Alan Kennedy was a wonderful player for us and played in the losing FA Cup and League Cup finals in 1974 and 1976. He went on to become an Anfield and European Cup winning legend. Brother Keith made only a solitary appearance.

Whilst Steven and Gary Caldwell were both solid defenders and first teamers for the Toon. They would go on to be full Scottish Internationals.

Matty Appleby was highly rated at Newcastle in the early 1990s as part of Ossie Ardiles’ fledgling outfit. His younger brother Ritchie was also a professional at the club without making a league appearance.

The exotically named Lomana Lua Lua was signed by Sir Bobby from Colchester United and was famous for his somersaulting celebrations. His brother Kazenga also played in our first team but that was only after we had initially been informed that he was Lomana’s nephew and then his cousin.

Which brings us around nicely to two homegrown North Shields lads, Sean and Matty Longstaff. Older brother Sean flourished under Rafa Benitez and at the back end of last season was showing good form once again under Eddie Howe.

Matty got off to a whirlwind start in the first team, scoring a winning goal against Manchester United at Gallowgate. He spent the second part of last season on loan at Mansfield Town and is currently featuring in our first team squad in pre-season friendlies.

So as Alan Clarke from the Hollies would put it…’He aint heavy, he’s my brother’.

Well it’s about time our Neale and Graeme tuned in and started to get this auld fella a couple of pints.