On Friday night, Sven Botman has at last completed his move to Newcastle United.

Tuesday saw a deal agreed ‘in principle’ for the 22 year old to transfer to Tyneside and Newcastle United confirmed tonight (Friday) that the formalities had been concluded.

The Ligue 1 club thanking Sven Botman for his contribution these past two years.

Neither club have confirmed how much Newcastle United are paying for the Dutch central defender but most media put the confirmed fee at somewhere between £30m and £35m, with then potential future add-ons. 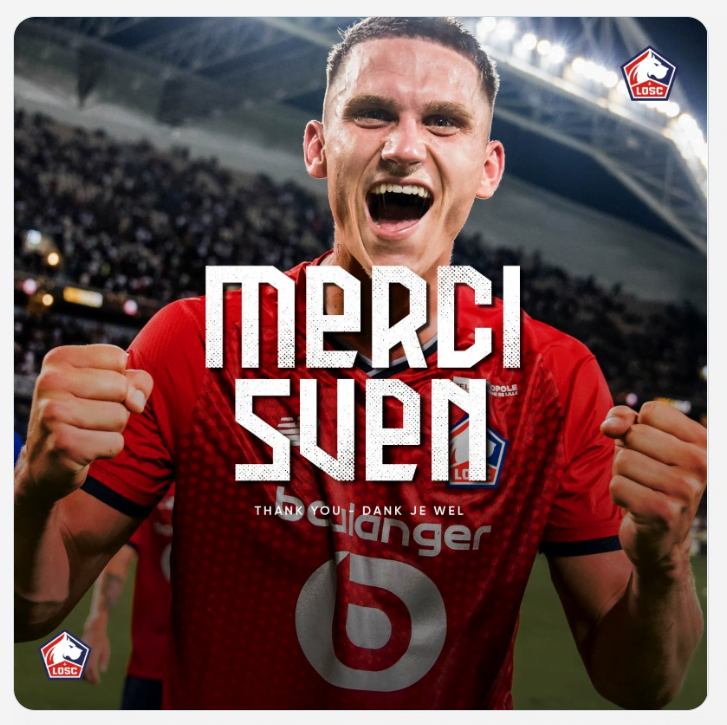 LOSC, Newcastle United FC and Sven Botman have reached an agreement for the transfer of the Dutch international defender (22 years old) who will thus officially join the Magpies and the English Premier League.

CHAMPION OF FRANCE FOR HIS FIRST SEASON IN LIGUE 1

When he joined LOSC in the summer of 2020, Sven Botman was still just a young 20-year-old Dutch hopeful coming out of a promising season (his very first with the pros) with Heerenveen, in the Eredivisie ( the Dutch championship).

Immediately, this defender trained at Ajax Amsterdam demonstrated his solidity and his ease in the Lille central hinge that he formed with his eldest, José Fonte. Used 47 times in 2020-2021 (including 37 in Ligue 1), it largely contributes to the conquest of the Grail, that of a Hexagoal champion of France 2021 raised with pride at the end of an exceptional season.

In 2021-2022, Sven Botman is also a major player in the brilliant European career of a LOSC first in his group and 1/8th finalist in the Champions League.

A NEW EX-DOGUE AT THE MAGPIES

At 22 years old today, the man who was called up to the Netherlands national A team a few months ago (without however having yet entered the game), is opening a new chapter in his career by taking off for the English Premier League.

He joined Newcastle, a club with a long tradition of ex-Lillois (Yohan Cabaye, Mathieu Debuchy, David Rozehnal, Loïc Rémy, Patrick Kluivert…). He will leave Lille with the memory of a very high-level defender who left his mark on the Club.

LOSC thanks Sven Botman for his performance and his professionalism in the Lille jersey throughout these two rich seasons and wishes him the best for his new adventure on the other side of the Channel.’