Feyenoord away and the clog mackems.

Back in the day when we had a rivalry with the mackems, as in we actually played games against them, it came to our notice that our wearside chums had formed some sort of alliance with the Dutch club Feyenoord!!!

The Dutch club having something of a reputation on the old hooligans grapevine.

So imagine my delight when Sir Bobby got us into the Champions League and who do we draw in our group, yes Feyenoord.

Having gone down 1-0 to them at home as Newcastle lost their opening three group games, with defeats away to Dynamo Kiev and Juventus as well, Sir Bobby’s team needed to win the final three group matches to stand a chance of qualifying. Wins over Juventus and Dynamo Kiev at St James’ Park, then set up this final group game, where a win for Newcastle and a Juventus win in Kiev, would see NUFC be the first team to go through from the Champions League group stage despite losing their first three matches.

So, it was off to the dam for a bit partying and a Champions League game against Feyenoord.

The day before the game it was toon international for a 6am flight. Getting through customs and into the bar, the place was absolutely mobbed with the chaps and it was looking like we we’re going to be putting out our biggest mob since Millwall away 88 (you were right Bri, it was ’88 when every loon in the toon went, not as Monk says ’93).

After getting to the bar the lad, who I was traveling with, Kaney R.I.P mate, wasn’t the world’s best flyer. So six pints later and we were in the air for the dam. Upon arrival in Amsterdam it was straight on the drink, so let’s just cut to match day, as it was pretty much a blur drinking all day with Kaney. Woke up on match day to find Kaney up and chugging away on an embassy regal. Now Kaney could smoke and I mean smoke, as he had 13 tabs before breakfast!!! Out on the drink in the dam before the game and the general consensus was to get the 6pm train to Rotterdam.

Around 5.30pm the bars around the station were rammed so we nipped in a little side street pub, big mistake as we got yakking left the bar and not a toon fan in sight. Anyways, we get the next train and land in Rotterdam an hour later and not one of the lads in sight (turns out when they got to Rotterdam the Feds wouldn’t let them off, took them straight to the ground).

Anyway, six of us got off and had a mooch around the station, you could just feel there was an atmosphere that it was going to kick off. Lots of lad’s dressed like us but didn’t recognise any faces. So approached this group and said to this man mountain “alreet lads, it looks a bit shady around here,” for him to reply (in your best Steve McClaren Dutch)… ‘Fook you Noocassel, I support West Ham and Feyenoord.”

Houston, I think we have a problem.

Returning to my mates with the good news, there were now another 20 other toon fans in shirts and scarves who were looking rather worried. So I decided head back to the platform (the station is under the rail lines so you have to walk up some stairs to get to the platform). So we are back on the the platform to find the train that takes you to the ground, when suddenly a roar goes up from the stairwells and out pops Mr Man Mountain who’s shouting (altogether in your best Steve McClaren Dutch accent) “COME ON NOOCASSEL WHO WANTS IT.”

Luckily for me, I still had a can of Heineken in my pocket, so I put it in the palm of my hand, meeting Mr Man Mountain’s head with my hand, sending him tumbling back down the stairs. Johnny the diver then takes care of one, only for then the local dibble to turn up and start hitting the Feyenoord fans, then putting us safely on the train to the ground to witness a magical performance by sir Bobby’s boys in a 3-2 victory. 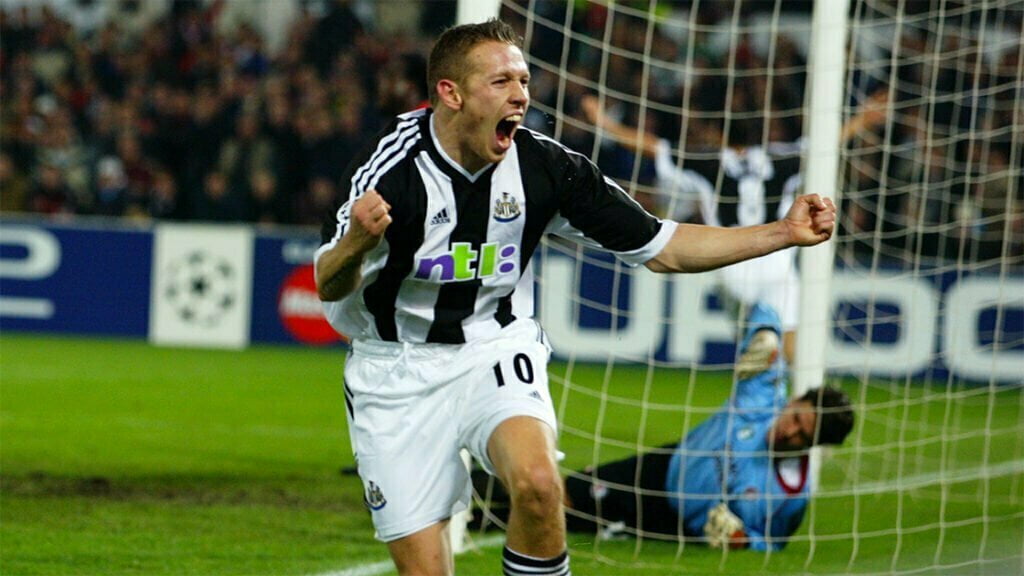 Then back to the dam to celebrate long into the night…except we didn’t, as everywhere was closed by the time we got back. So pop and choccy from the vending machine in the hotel for supper.

What a trip and R.I.P to my mate Kaney who passed away eight years later.