Does Eddie Howe really have the keys to the vault?

As I sit here writing this on Thursday morning, we have two and a half transfers through the door, but hopefully by the time this hits The Mag, Sven Botman will, once again, be a whole man.

While the transfer window in the UK may have opened mid-June, international incomings will only be officially registered as of July 1st, so come Friday we should have the Dutch lad onboard, giving us what would appear to be a fairly substantial back four.

However, let’s not get too carried away just yet.

Cast your minds back to Rafa’s comments when, against the run of play, he agreed to stay on with us in the Championship. He made a point of telling us that our priority was putting together a team of fighters that would get us automatic promotion, then when we got back into the Premier League he would build a team to get us back up into the top ten.

He brought in the likes of Gayle, Ritchie, Hayden, Hanley, Clark and (Daryl) Murphy – scrappers indeed – and as the history books will confirm, we came straight back up into the top tier.

Of course, we all know that any deal with Mike Ashley to rebuild again for the Premier League went straight out the window and Rafa was made to pretty much make do with the team he had, turning his hoped-for “assault” on the Premier League, into more of a “hanging on by the skin of his teeth” affair.

Back to the present. Well, almost.

Think back to October (2021) when every pundit worth his salt (or any other condiment you care to mention) was telling us that we needed a manager with relegation experience, and that whoever that was, he had to put together a team, not of superstars, but of scrappers who were up for the relegation battle in which we were firmly cemented.

They then went on to tell us that once survival was sorted we had to work on building a team that could then make inroads into the top 10.

Shockingly, there was one thing that they all seemed to agree on, namely that the manager and players that we brought in to keep us up, would not be the same ones that would be taking us forward.

So according to all that amassed punditrying wisdom, Eddie Howe should be on his way.

Possibly because I think I may have just made one of them up.

If I’m perfectly honest, I didn’t think Eddie Howe was the man for the job.

And when he got it I certainly didn’t think he was the manager to be taking us forward.

You can probably tell from the above statement that when I get my hands on the ball, no matter how dirty it is, I’m going to run with it.

I’m going to run all the way.

That said, given the current situation, even I would have to say that anyone suggesting that Eddie Howe should not be given a shot at supervising, at least the first season of the “slow build”, should seriously consider cutting back on their medication.

The pundits will tell us that the new owners want to progress things slowly because they would like to at least maintain a central core to the team, not changing too many things at once, not destroying team morale.

On the business side, however, there is a slightly darker reason for caution. Eddie Howe is still relatively untested when it comes to splashing significant amounts of cash. I suspect they would like to see how he does with the piggy bank before they give him the keys to the vault.

If you’ve thrown 200 million at the project and you still find your feet dangling perilously in the choppy waters of a relegation battle, it’s a no brainer, that manager has to go. Being rich as Croesus we just pull out another wad of cash for the next one.

However – if that 200 was 400 million, and we pulled another wad out, our buddies down at the Bureau of Financial Fair Play and Spoiling Everyone’s Fun might have something to say about it.

So here we are, with fears of relegation but a long distant memory, looking to build a team capable of establishing us in the top 10.

Can we agree that as a squad, even with the January additions, last season we punched above our weight? Put it down to “the Howe effect”, general morale improvement, or just quality rubbing off on other players, we ended up being a force that was far superior to the expected sum of our parts. 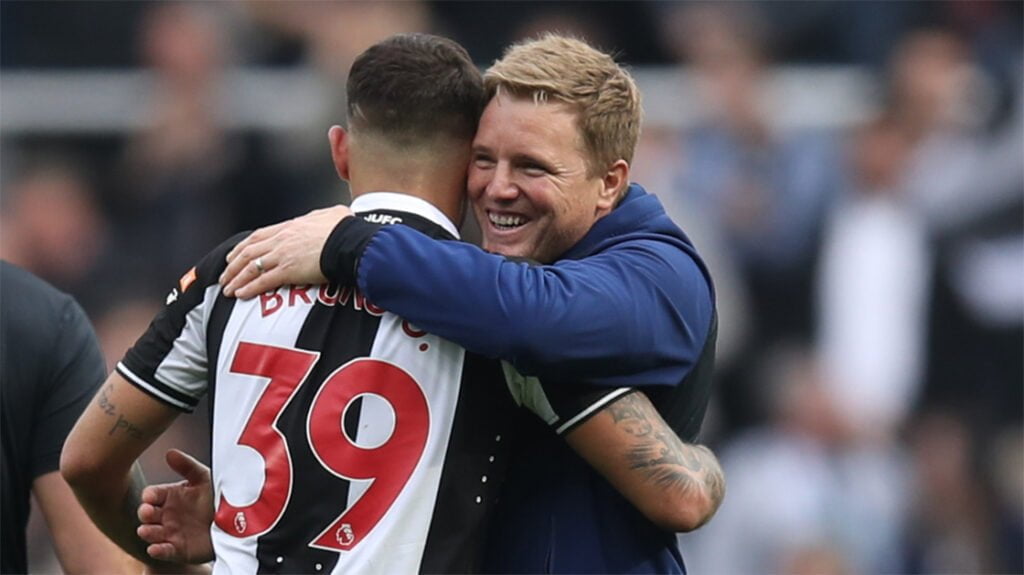 Say our new owners had an Ashley attack and lost the keys to the safe, how many of you would rate our survival chances based on just the squad we finished the season with?

Moving on, who in our existing squad (pre-Jan) should we think about keeping? It’s a tricky one considering where we’re aiming. Let me put it a different way, how many of the existing squad would any of the top ten Premier League clubs consider taking?

Then ask yourself “If they wouldn’t take them, why would we keep them?” Yes, yes, I know, we have to keep a core to the team.

Now we move on to the players we bought in January. Those players that were supposed to be a stop gap solution, brought in only to accomplish survival.

I think we can all agree that it is extremely unlikely that we will be basing our stated top ten ambitions on the striking prowess of Chris Wood. I wouldn’t mind him on the bench for a season as a third option striker behind whoever we bring in and Wilson, but I wouldn’t be at all surprised if he moves on somewhere else for regular football.

Next I would ask the question, are defenders from Villa and Brighton going to be our long term solutions? I don’t know about you, but I’d say I was more impressed, comparatively, by the performances we got from Burn and Targett than I was with Trippier and Bruno. Yes, the big names came in and played superbly, but we expected that. I wasn’t expecting the other two to be the players that they showed themselves to be.

However, are they good enough to stay on? Some claim that Targett is not sufficiently mobile going forward, and others that Burn, at six foot lots, should be more of a threat from corners, but personally I think, referring back to the talk of the “slow build”, they were excellent buys, and as with Eddie Howe, I see no reason why they shouldn’t be taking us forward, at least for the coming season.

I don’t think I even need to comment further on Bruno and Tripps. Apart from sounding like a bad TV detective show, the difference their skills and presence made to the team is almost impossible to quantify. 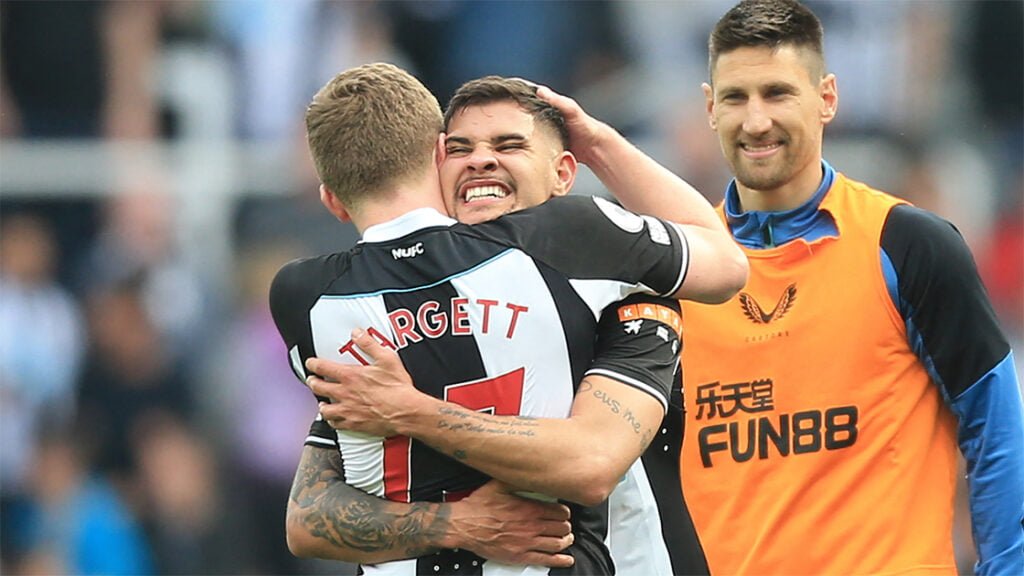 Considering the claims from management that we have to build slowly and not be too ambitious with our expectations, I would expect our new owners to chuck a half decent striker and maybe a right winger into the mix, and call it quits for the summer.

On top of that, a number of our current squad will need to be shipped out to at least give the impression to the authorities that we are taking the Financial Fair Play regulations seriously.

Looking at the squad we would then have, many of what we previously considered to be our best players would be fighting for places on the bench, and the kind of injuries that we have come to expect over the years would now have us saying things like “OK we can manage with Wilson up front for a few weeks”, or “Schar can hold the fort for a month.”

If the management bring in more than I mentioned above, I think that supports my previous theory that maybe we are aiming a little higher than just making the top ten.