After the disappointment of the previous season, finishing in 13th place and losing the FA Cup final, it was hoped by everyone associated with the club that the third Alan Shearer campaign at the club would be more successful than the previous one.

However, the club were still struggling to come to terms with the loss of Kevin Keegan. Not only was Keegan a real force of nature that had taken NUFC to the brink of Premier League glory, but he also came with a strong identity, a brand of attacking football that made the club everybody’s second favourite team.

Despite still having some very talented players at his disposal, Dalglish was struggling to have the same impact and fans, who had become so used to being entertained, were becoming increasingly frustrated with the defensive mindset of the manager.

With Alan Shearer having struggled for goals in the previous season, recruiting an additional striker was essential and the club signed French striker Stephane Guivarc’h from Auxerre. On paper, the signing should have been an exciting one. Guivarc’h was just coming off the back of a successful World Cup campaign for France. However, anybody who watched him play during the tournament, and witnessing him miss chance after chance, would greet his signing with more trepidation.

Jon Dahl Tomasson was sold to Feyenoord, bringing to an end his time at the club after a solitary season. Although tthere would have been few Newcastle fans sorry to see him go, there were also many fans who recognised his considerable talent and that he was probably the right player signed at the wrong time. He would go on to prove that talent in a very impressive career. He would spend four seasons at Feyenoord, scoring 70 goals in 152 appearances, winning a Dutch league title and a UEFA Cup. That impressive form would earn him a move to AC Milan where he would go on to win a Serie A title and UEFA Champions League crown.

Undoubtedly one that got away.

Reinforcements were seen in the form of Dietmar Hamann, joining from Bayern Munich and Nolberto Solano from Boca Juniors.

It was crucial for Dalglish that the season got off to a good start and the last thing he needed was a 0-0 draw at home to Charlton Athletic at St James’ Park. Which unfortunately was what occurred, with the players leaving the pitch to the sound of boos.

Dalglish survived another week though to face a tricky challenge at Stamford Bridge against Chelsea. Newcastle fell behind to a goal from future Magpie Celestine Babayaro but levelled just before half time with Shearer claiming an assist for Andreas Andersson’s equaliser.

Despite that positive result though, Dalglish’s time at the club was over and his sacking was announced on 27 August.
Although his spell as manager came to a disappointing end, there were some positives from his time at the club. Although he made some hugely questionable, and sometimes disastrous, transfer decisions, he also made some excellent signings who would go on to serve the club with some distinction for years after his departure. Players like Nolberto Solano, Gary Speed and Shay Given would provide years of sterling service to the club, while players like Dietmar Hamann and Jon Dahl Tomasson would go on to achieve great success after leaving the club.

He would also bring back the reserve team, which had previously been disbanded by Keegan, providing a vital pathway back to the first team for the club’s youth team players. Unfortunately, a combination of results on the pitch and style of football ultimately undid Dalglish.

Dalglish’s replacement was quickly announced in the form of Ruud Gullit as the club sought to bring back the attractive attacking football that had been such a feature of Keegan’s time as manager. 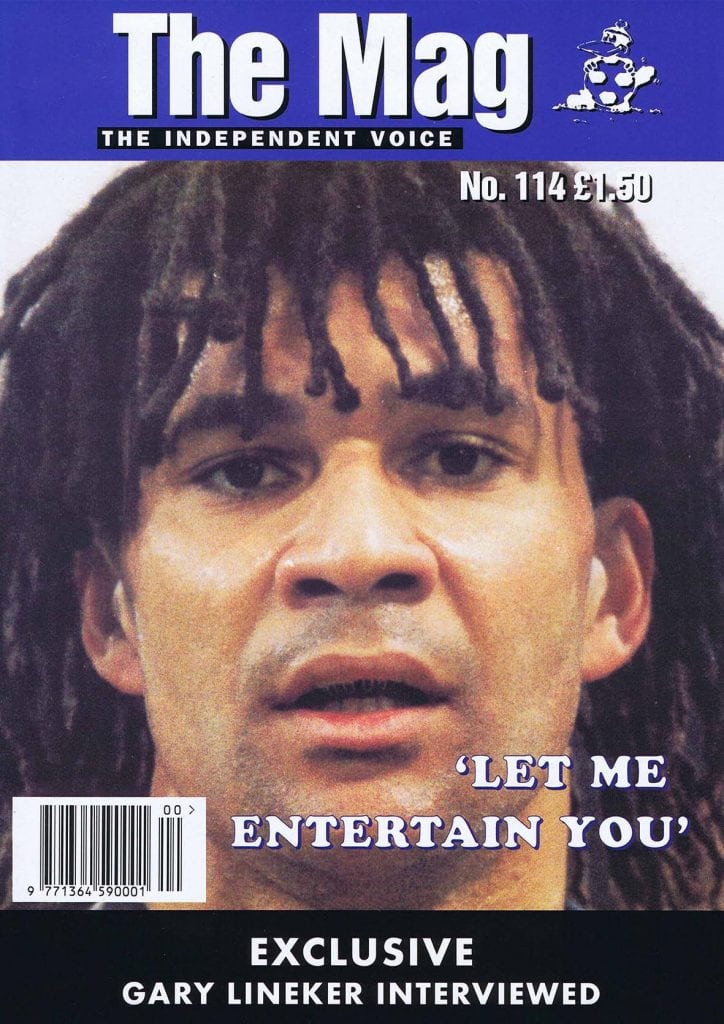 Quite simply, Gullit was one of the greatest players to ever grace the football pitch. He was a Ballon D’Or winner in 1987, won two European Cups with AC Milan and Euro 88 with the Netherlands.

He had begun his career in management in 1996 after being appointed player manager at Chelsea in the summer of 1996.
Playing his own unique brand of ‘sexy football’ he enjoyed great success, winning the FA Cup in his first season, which was the club’s first major trophy in 26 years. However, the following year he was sacked in controversial fashion with the club in the quarter finals of both the League Cup and UEFA Cup Winners Cup and in second place in the Premier League, after a falling out with club owner Ken Bates. His replacement Gianluca Vialli would go on to lead them to victory in both tournaments.

Gullit was generally considered a popular appointment amongst Newcastle fans and after opening his career at Newcastle with defeats to Liverpool and Aston Villa, the team and Alan Shearer found their groove, winning their next three games against Southampton, Coventry and Nottingham Forest with Shearer bagging a brace in each match.

However, the goals would then dry up for Shearer and he wouldn’t score for another 11 games. During that period the club splashed out on a partner to play alongside him in the form of Everton striker Duncan Ferguson (Guivarc’h having been swiftly sold to Rangers only months after arriving at St James’ Park).

The partnership between the front men showed promising signs with Ferguson looking an immediate threat up front and Shearer would eventually get back on the scoresheet in a 2-1 victory over Aston Villa at the end of January. He would finish the season strongly, scoring goals in four consecutive games, an impressive effort in a struggling team.

Despite the club’s relatively mediocre league form they were once again enjoying better fortunes in the FA Cup.
Knocked out in the first round of the UEFA Cup Winners Cup on away goals by Partizan Belgrade and defeated in the last 16 of the League Cup to Blackburn Rovers, it was once again the FA Cup which would prove more fruitful. As he had the previous season, Alan Shearer once again played a crucial role in the team’s run to a second consecutive final.

The campaign began with a 2-1 victory over Crystal Palace at St James’ Park with Shearer on the scoresheet and claiming an assist, before the team eased past Bradford City in the next round, Shearer getting another goal as the team won 3-0.

Gullit’s men would need a replay to get past Blackburn Rovers in the next round. Shearer missed the replay with Louis Saha bagging the crucial goal to ensure the team advanced to the semi-finals.

Newcastle were returning to Old Trafford once again for an FA Cup semi-final but they would face a much sterner test than the previous season, coming up against George Graham’s Tottenham Hotspur for the opportunity to face Arsenal or Manchester United in the final at Wembley. 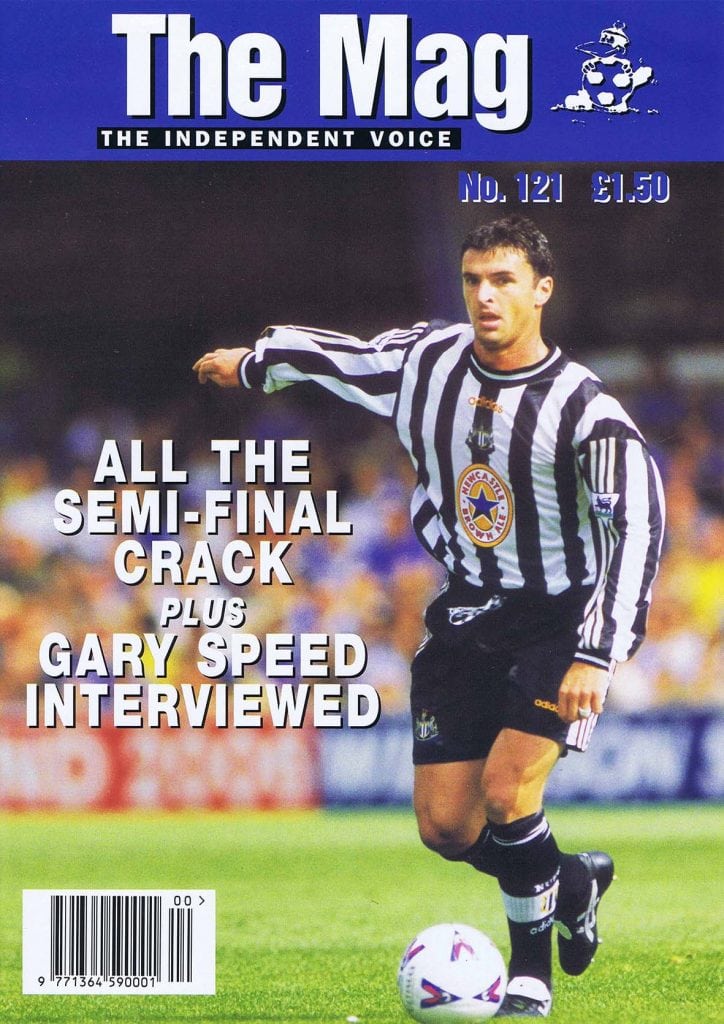 A surprisingly cagey match was 0-0 after 90 minutes but Shearer held his nerve, clinically dispatching a penalty following a Sol Campbell handball in extra time. Tottenham could rightly feel aggrieved when an almost identical handball by Nikos Dabizas had been ignored by the referee during normal time.

With the team 1-0 up and edging towards the final, Shearer had saved the best for last. Picking up the ball from Silvio Maric, Shearer lashed a wonderful right foot drive, that curled away from Ian Walker and into the top corner, to send Newcastle fans into raptures and Tottenham fans heading for the exits.

In the final, Newcastle came up against Sir Alex Ferguson’s Manchester United who were chasing an historic treble. They had secured the first leg of that by winning the Premier League title on the final day of the season with a narrow 2-1 victory over Tottenham Hotspur at Old Trafford.

Next up was the FA Cup final before they would travel to the Nou Camp to take on the mighty Bayern Munich.

While achieving the treble was undoubtedly a goal for Ferguson and Manchester United, they were understandably prioritising success in the European Cup, which they hadn’t won since 1968. This focus was reflected in their team selection for the FA Cup final with Dwight Yorke and Jaap Stam left on the bench.

Newcastle hopes rose even further early in the match when captain Roy Keane was injured inside the opening 10 minutes and replaced by Teddy Sheringham. 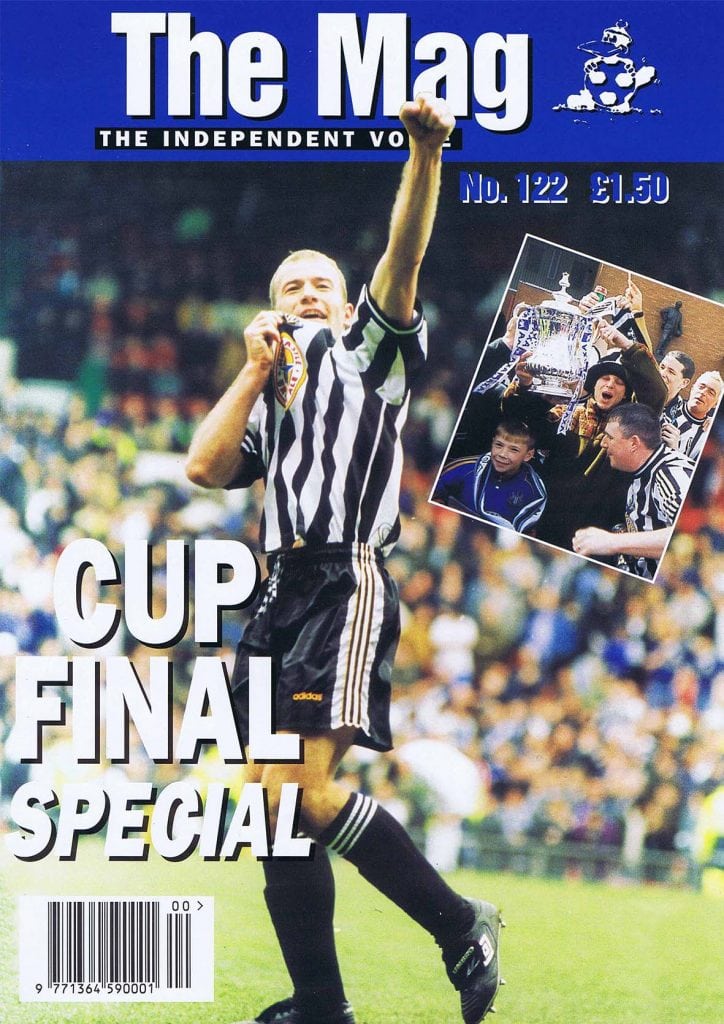 However, these hopes were extinguished almost immediately with Paul Scholes quickly slipping the ball through to Sheringham who calmly slotted the ball past the onrushing Steve Harper.

Gullit’s side were never really in the game after that. Didi Hamann fell out with Gullit at half-time and was replaced by Duncan Ferguson, but it made little difference and Scholes and Sheringham would combine again for the second goal, with Scholes on the scoresheet this time to secure United their second trophy of the season.

Shearer’s third season at the club was strikingly similar to the previous one, with disappointing form in the league offset by a run to the Cup Final. He was back to something more like his best form scoring 14 goals in 30 Premier League games and adding another seven in cup competitions. The highlight of his season was undoubtedly his double in the FA Cup semi-final.

However, there was starting to become an uneasy feeling that all was not well off the pitch between Gullit, Shearer and a number of other players. Things would come to a head in spectacular fashion at the start of the 1999-2000 season.