The Lille central defender on Tyneside to take his medical and complete his move to St James Park.

The 22 year old Holland Under 21 international moving to the Premier League and joining Newcastle United for an initial fee of £30m+.

Sven Botman himself then revealed (see below) at the start of June that both AC Milan and Newcastle United were trying to sign him this summer.

The Dutch defender was photographed and shown on video footage arriving at Newcastle’s training ground earlier today for his medical.

Then early evening he has now been shown by Sky Sports going into St James Park ahead of the official announcement.

Sven Botman himself has already said farewell to Lille fans via his personal Instagram account this evening. 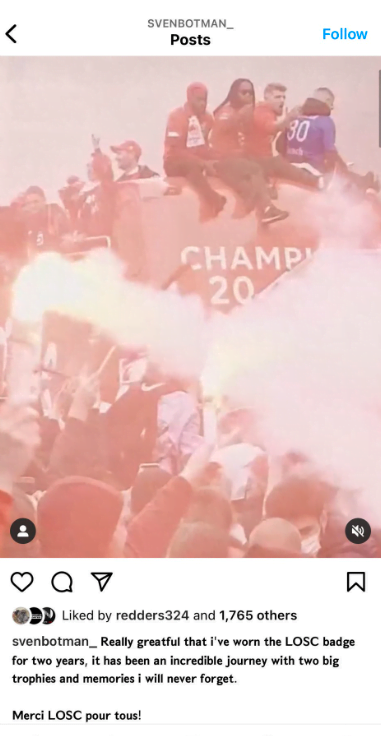 Whilst foreign media are already reporting the done deal, claiming it is a five year contract and £32m (37m euros) transfer fee. 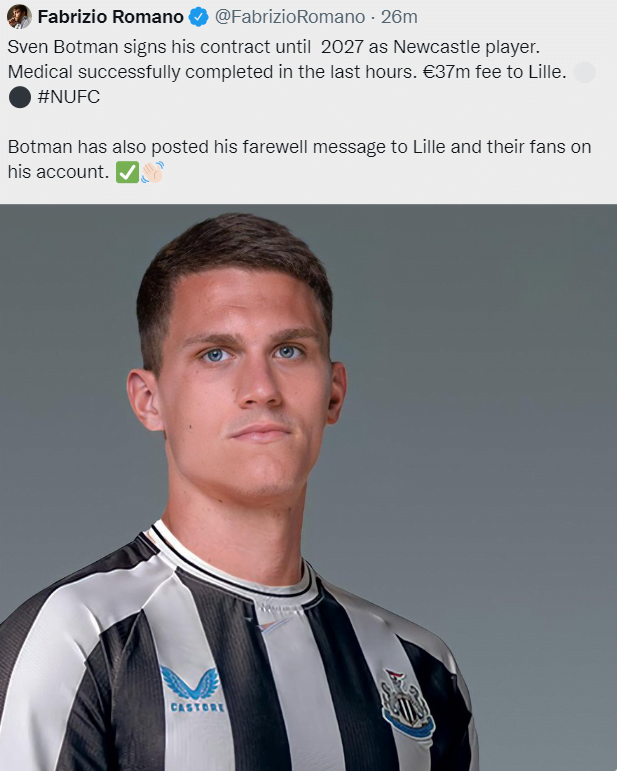 Sven Botman asked by Dutch media outlet Algemeen Dagblad on 2 June 2022 if he had played his last game for Lille:

“I won’t go into all of that but it is going well.

“I do hope that the transfer for the new season is completed (as soon as possible), preferably in time for the pre-season (at a new club).

“Milan and Newcastle are interested, yes, (but) I can’t and won’t say much more about it.

“What I want is to take a nice step towards a nice competition. I am also looking forward to a new step.

“I am aware of what I want…you weigh all kinds of things and then the total picture has to suit you. I must have a very good feeling about it.”