Nolberto Solano signed for Newcastle United back in 1998 from Boca Juniors.

Kenny Dalglish the manager at the time who brought him to St James Park.

Very much an unknown quantity to Newcastle United fans, Nobby became a massive favourite of the supporters.

Not so sure about Emre…but fair enough the rest, with Nolberto Solano also picking Craig Bellamy as one of his subs. 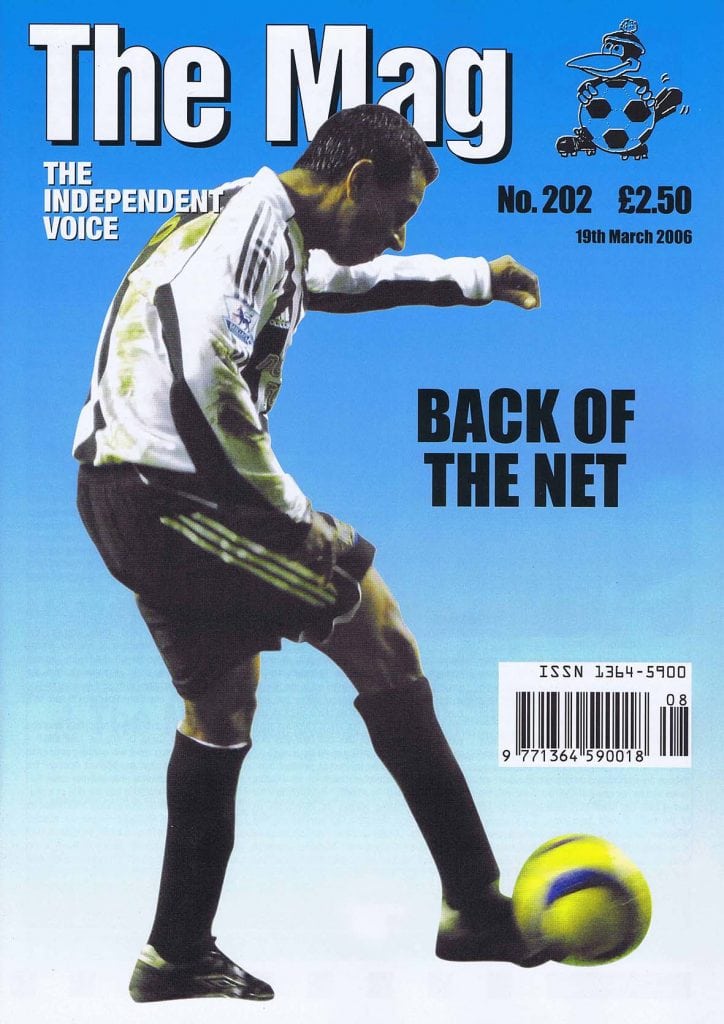 As well as playing for Newcastle United and Peru, amongst the other clubs he played for, Nolberto Solano can list Boca Juniors, West Ham, Aston Villa, Leicester and Hull.

Whilst Nobby has chosen Shay Given, quite rightly. A bit of an absence of NUFC defenders in this team! 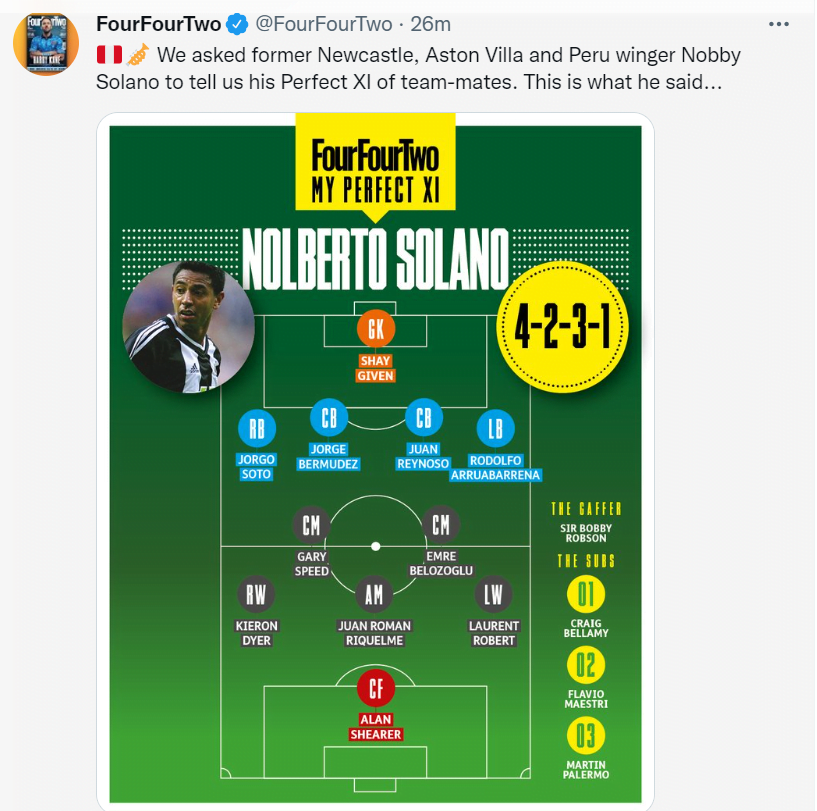 Nobby Solano of course came back to Newcastle United in August 2005 as a 30 year old after spending 18 months at Aston Villa.

Solano revealed in August last year (see below) that in the process of that 2005 return to St James Park, he knocked back the possibility of joining up with Rafa Benitez at Liverpool.

“I had a phone call from one of the agents of Rafa Benitez but I’d already given my word to Newcastle.

“I spoke to a few of the lads and I was happy to come back to the club.

“With the opportunity to move to Liverpool, it was quite a crazy day.

“It was exciting and stressful.

“First of all, I had to drive four hours from Birmingham to Newcastle. I was driving like crazy on the motorway!

“I arrived at the club, went for my medical, did the paperwork and everything like that. I remember I finished at like 11 o’clock at night. It was a tough day, but I was over the moon.

“If Liverpool were talking to me a few days or weeks earlier I might have thought about it, but when it happened on the same day, I wasn’t sure.

“Nobody can read the future. Nobody knows what’s going to happen.

“I followed my feelings, which were to go back to Newcastle at that time, because I love the club and I love the fans.”