After spending 23 years in the second and third tiers, Nottingham Forest have finally made it back into the Premier League.

Having finished top of the Championship in 1997/98, it was instant relegation and rock bottom of the Premier League the following season.

Since then they have rarely threatened to make it back to the top tier but Steve Cooper (pictured above) has worked miracles, taking over in September 2021 when Nottingham Forest had only one point from the first seven league games.

Eventually promoted via the play-offs, Nottingham Forest play their first Premier League game in over 23 years at St James Park, the fixtures released this morning and the fixture staying at 3pm on Saturday 6 August after having been overlooked for live TV by the UK broadcasters.

I was having a look back at previous meetings between the two clubs and the last time Newcastle United lost a league match at home to Nottingham Forest was way back on 29 October 1988.

Obviously we are desperate to start off this Newcastle United 2022/23 season with a win, especially when the other four games in August are home to Man City and away at Brighton, Wolves and Liverpool.

However, we especially want no repeat of that last season when Nottingham Forest won at St James Park 34 years ago.

This is how Division One (now the Premier League) ended up in the 1988/89 season: 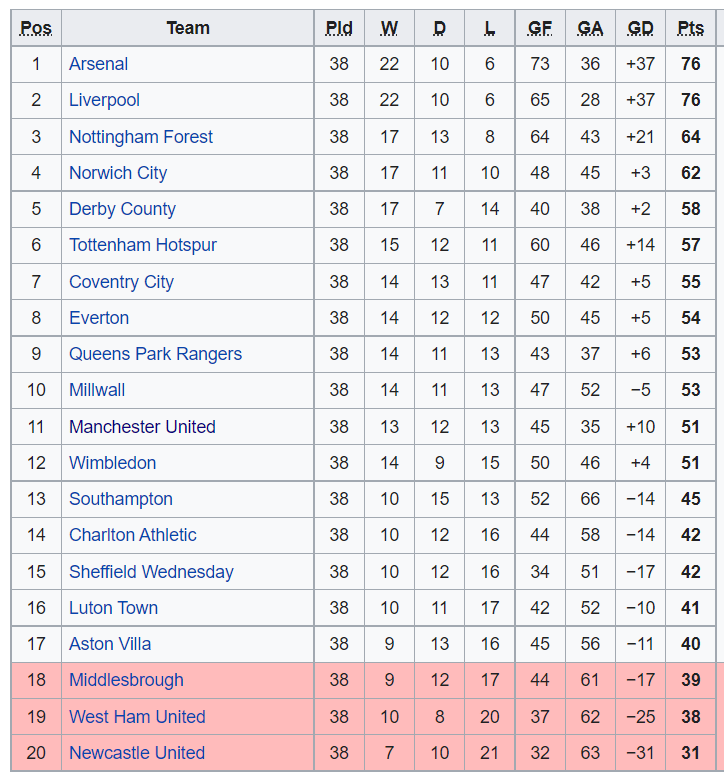 As you can see, Arsenal and Liverpool fighting it out at the top and that famous last gasp victory for Arsenal at Anfield winning the title.

Meanwhile, Newcastle United having a shocker and the home defeat to Nottingham Forest was one of just 21 losses that season.

However, that third place finish was no one-off for Forest…

This is how Division One (now the Premier League) ended up in the 1987/88 season: 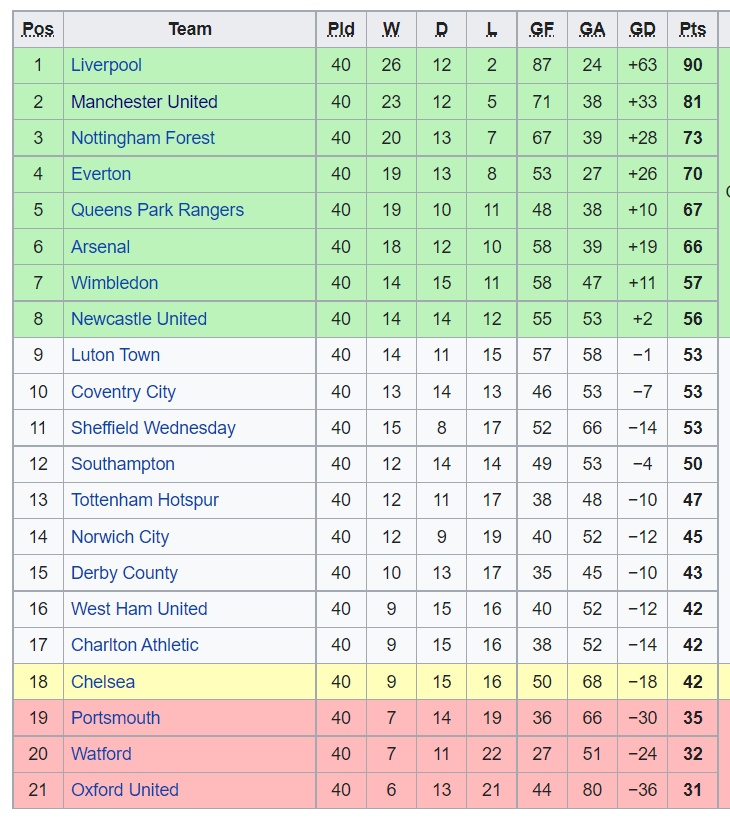 As you can see, Nottingham Forest finished third that season as well, whilst Newcastle United a very credible eighth, until selling Paul Gascoigne and that dismal collapse the following season.

A couple of really interesting things looking back at how things were then.

Firstly, the range of clubs that could compete at the top end.

Secondly, how big the movement could be from season to season.

Arsenal went from sixth to top.

Norwich from fourteenth to fourth.

Derby from fifteenth to fifth.

A far healthier state of affairs than these days, where there is so little movement, certainly when it comes to breaking the grip of the self-appointed and self-serving elite at the very top.