All eyes on this Newcastle United summer transfer window.

So, what should we be expecting from this Newcastle United summer transfer window?

Well, for me anyway, the plan has now become very clear.

The last 24-48 hours have seen official confirmation that Newcastle United are trying to sign both Hugo Ekitike and Sven Botman. The Reims President stating that the Ligue 1 club have accepted a bid from Newcastle United and it is now down to Etikike and his agents to decide if they want to now conclude the transfer.

Similarly, Sven Botman himself has confirmed that Newcastle United want to sign him, but the Dutch defender saying that AC Milan have also made contact. Botman telling Dutch media that he wants a deal concluded soon, so he knows the destination and can ensure he is fully prepared and settled in for the new season.

These are both longer-term targets that Newcastle tried to sign in January, only for the timing not to be right in both cases. Now for Newcastle United, they very much hope the timing does prove to be right now, especially as this pair perfectly sum up where the club clearly want to go with this Newcastle United summer transfer window.

The thing is, the lack of real quality in the Newcastle United squad wasn’t the only serious red flag when the new owners got the keys to St James Park in October 2021.

Mike Ashley and Steve Bruce were steering the club to all but certain disaster and as well as quality issues, the age of the team / squad should have also had alarm bells ringing very loudly. 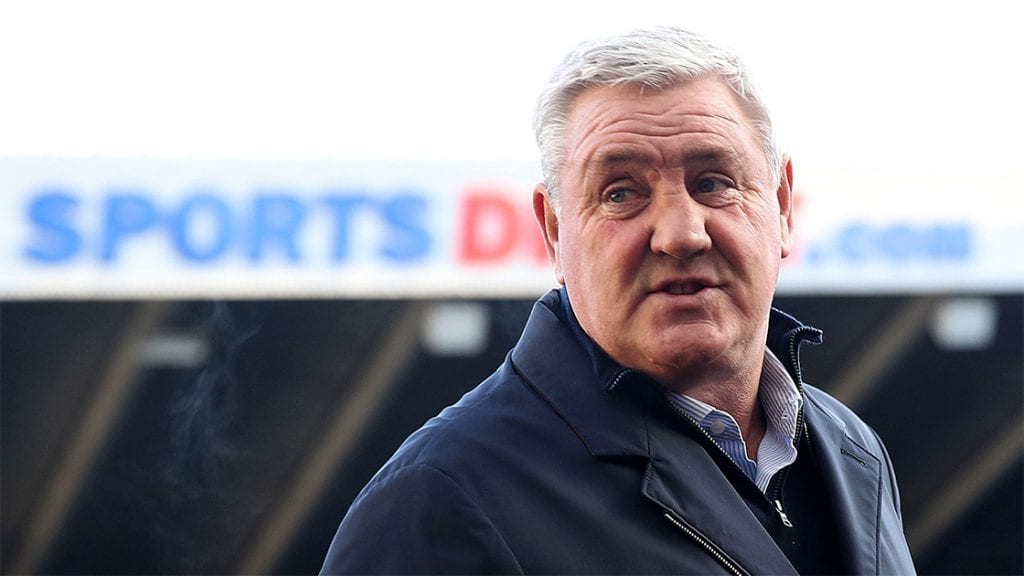 Yes, I know there will be those amongst you who will be shouting that the new owners then went and bought four players in January, three of whom had a combined age of 90. A 31 year old Kieran Trippier, 30 year old Chris Wood, plus 29 year old (now turned 30) Dan Burn.

However, I think fair to say that almost certainly two of the three would never have been signed, if not for the immediate very real threat of relegation that the new owners were confronted with. Players with experience of the Premier League, needed to come in and able to do a job straight away. Yes it wouldn’t be cheap…BUT far cheaper and most definitely far less messy than dealing with a relegation.

The chance to sign England defender Kieran Trippier was a no-brainer, even if 31 now and not a long-term signing, instead one for the next few years to really help get Newcastle United heading in the right direction.

The serious injury to Callum Wilson a few days before the January window opened, meant that with no Premier League level alternative striker at St James Park, a new one had to be bought in and able to hit the ground running. We all knew the £25m release clause payment for Chris Wood wasn’t his true market value at the age of 30 BUT for Newcastle it made absolute sense and indeed were proved absolutely correct, an astonishing points return in the matches Wood started. Wood was signed for that specific job of fighting relegation and…if successful…was always then going to be a squad player beyond 2021/22 season, unless Newcastle decide to sell him.

As for Dan Burn, he has proved to be an absolutely magnificent accidental Newcastle United signing. I say accidental because I think otherwise, if not for the relegation threat meaning a signing was needed immediately, then the Blyth lad would never have been considered. With age a key part in that. As it happens, he has proved to be an absolutely stellar signing, for £13m an absolute bargain and whilst any potential resale value would be minimal, just like Trippier he can absolutely do a valuable job these next few years. Certainly based on what we have seen so far. 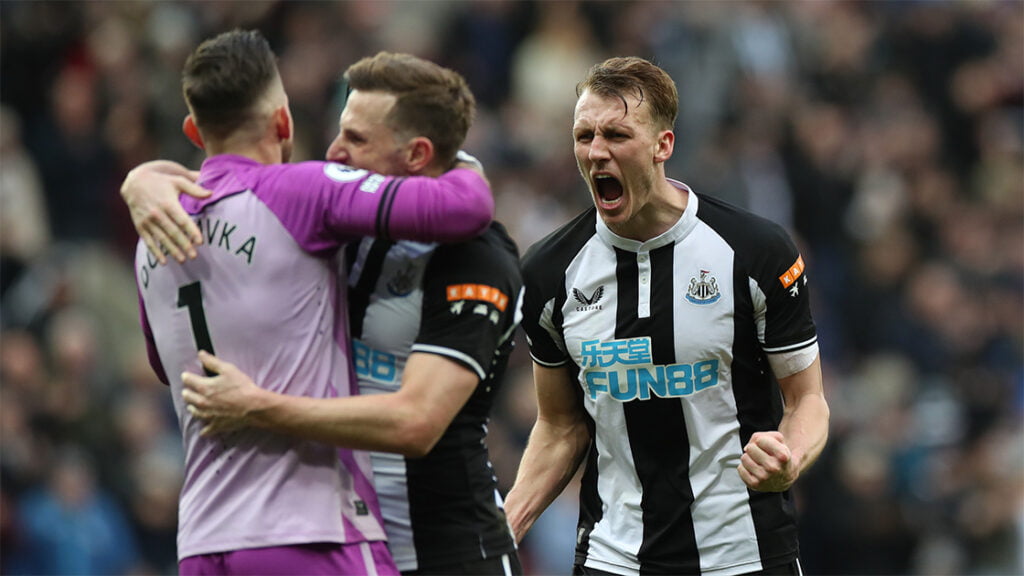 However, once the likes of Trippier, Wood and Burn had set the club well on its way to safety, the thoughts of Eddie Howe and the NUFC owners will very much have been focusing on this Newcastle United summer transfer window.

This is the current Newcastle United first team, that I’d guess Eddie Howe would currently pick if faced with a must win game and selecting from the current players.

The eleven players each have the age in brackets that they will be by the time we conclude the 2022/23 Premier League season on Sunday 28 May 2023:

Out of this current Newcastle United first choice team (in my opinion), seven of the eleven will be 31 or older by the end of next season. Only three will be under the age of 29.

What about squad players? Well these are six other current Newcastle United players who I am pretty confident won’t be sold on this summer (again, age in brackets of how old they will be by end of the 2022/23 season):

On the surface, the fact only one of the six will be older than 28 is a big positive. However, whilst I think it is a positive, I don’t think it is a significant one.

Elliot Anderson is of course an exciting prospect but will almost certainly be loaned out again for regular football so he can progress. Whilst as for the other five, I see them very much as subs and back up players, unlikely to be really be pushing for a first team place if everybody is fit. Still time of course for Joe Willock to progress again, whilst maybe if getting totally injury free we will see Jamal Lewis benefiting from Eddie Howe once again working his magic, as for Sean Longstaff – he played well the last couple of games last season but needs to do an awful lot more.

As for the rest of the Newcastle United players currently on the books, I think this is where we see really massive problems due to Mike Ashley and Steve Bruce (once again, age in brackets of how old they will be by end of the 2022/23 season):

This Ashley and Bruce policy of handing out loads of ridiculous contracts to so many existing players, leaving serious problems to deal with.

This last group of fourteen, I think Eddie Howe and the club’s owners will be keen to move on as many of them as possible. With maybe pretty much an exact split, half of them they will be desperate to get them out and the other half…not quite so desperate but ideally.

As for getting the right levels of quality AND age in the Newcastle United team and squad, it is clearly not going to happen in just the one transfer window.

However, these bids to sign Ekitike (pictured below) and Botman are clearly the first steps towards now moving in the right direction, they will be respectively still only aged 20 and 22 by the time we get to the end of May 2023. Along with Bruno Guimaraes who will still be only 25 by then, you are beginning to build something. 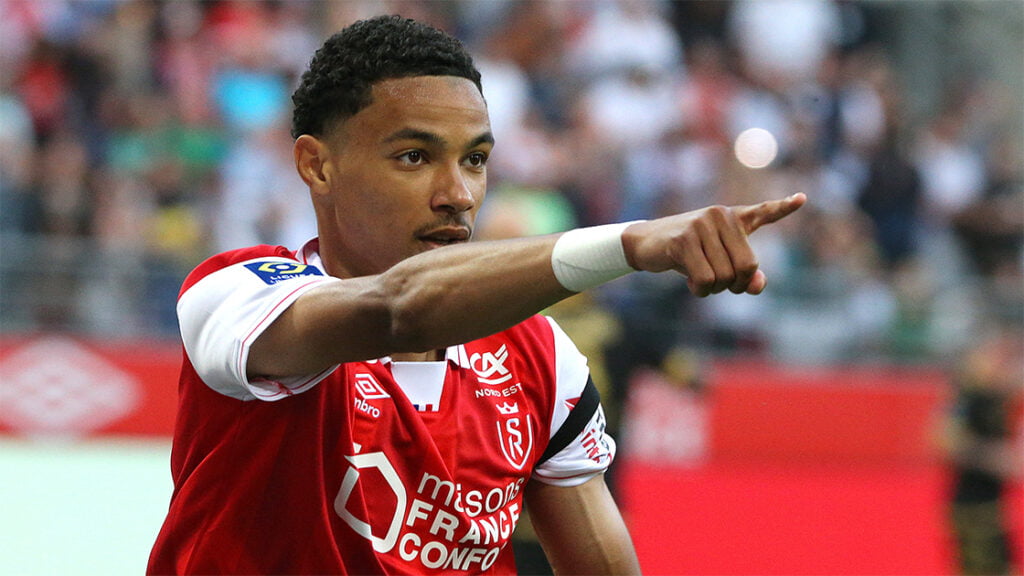 The Mail report that talks are also ongoing with Aston Villa on a permanent Matt Targett deal, as well as the talks to try and conclude the Botman and Ekitike transfers. Targett is 26 and turns 27 in September, so he is also a player with his best years ahead of him, also potentially bringing down the average age of the team and squad.

I think under Mike Ashley, we became so used to the whole club being such a shambles, that you lose track of what is normal. A bit like how so many Newcastle fans were still calling Sammy Ameobi ‘young Sammy’ even by the time he finally left in 2017, as though he was still a teenager, when it reality he was 25 by then. Young Sammy now actually in his thirties!

Likewise, a lot of Newcastle fans still go on about say Jacob Murphy, as though he is a young prospect who is suddenly going to come good, even though he will turn 28 in February!

So looking once again at this Newcastle United summer transfer window, I think we are definitely looking at younger players at the heart of it. No matter how much the media would love to see NUFC going for ageing superstars on ridiculous wages and still not likely to say yes to Newcastle, even if we would pay the necessary wages.

However, I do think at the same time Eddie Howe and the Newcastle owners will also be pragmatic, that amongst the half dozen or so signings that I believe NUFC will make, it could well include maybe the odd older player if that particularly signing makes sense.

No idea if he is of serious interest to Newcastle United but I could see the potential of say James Tarkowski maybe a deal that could fall into an NUFC plan. Bearing in mind FFP especially, whilst his wages wouldn’t be low, Tarkowski could be brought in on a free and then say sell Jamaal Lascelles for maybe £5m-£10m. Tarkowksi is almost exactly a year older, born November 1992 to Lascelles’ November 1993. So the soon to be former Burnley player is currently still just the right side of 30 and the position he plays means he should be more than capable of playing another three or four years minimum. 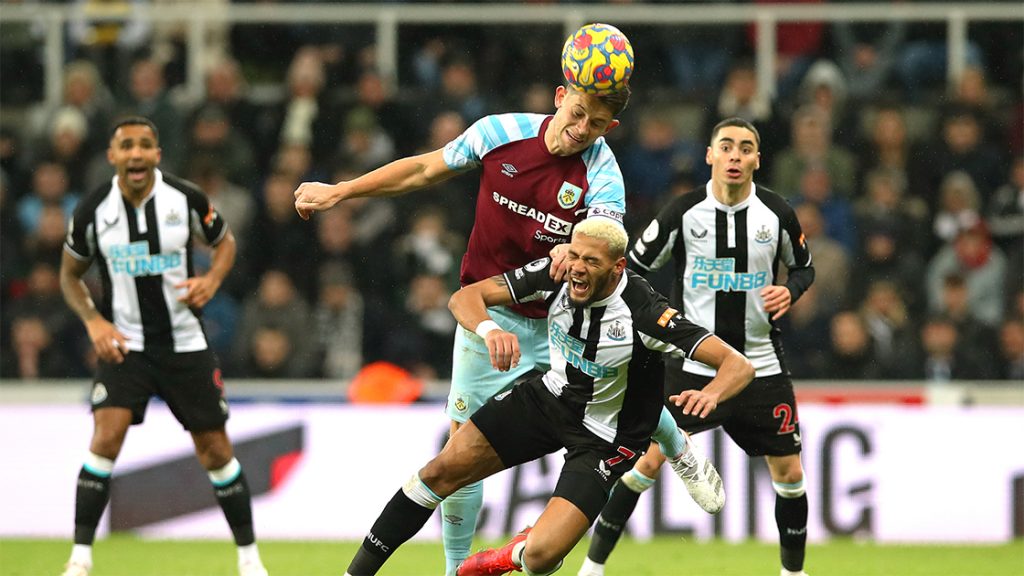 Obviously just speculation and using him as an example BUT if we did see Tarkowski in and Lascelles sold, you would / could be looking at a move that would see Newcastle getting in a better and more mobile central defender (in my opinion), whilst at the same time adding possibly up to £10m to the potential / allowed transfer spending capability AND not really negatively affecting the age situation of this Newcastle United squad.

I think the fuse is well and truly lit on this Newcastle United summer transfer window and it is only a question of just how soon it explodes into life, with a significant number of players arriving AND departing.