Newcastle United signings – The worst 10 ever in Premier League era

Today I bring you the 10 worst Newcastle United signings of the Premier League era.

This follows the interest and feedback generated on Friday by my 10 best Newcastle United signings article that The Mag kindly put out to the world.

So which ones have been the very worst Newcastle United signings of the Premier League era?

Below I have picked my top ten.

One rule I decided was that they had to have been signed during the Premier League era, which ruled out any players that were signed before summer 1993.

After that, a number of factors then helped guide my choices.

The (lack of) quality of the player obviously first and foremost, but also, how much was paid coming into play and what the needs of the team were at the time.

So here we are, counting down the worst ever Newcastle United signings of the Premier League era from tenth to number one:

After the ludicrous sale of Les Ferdinand in summer 2007, there was a serious amount of money wasted, far in excess of the £6m banked for Sir Les, on terrible attempted replacements.

At least ‘once great but totally knackered now’ Ian Rush had arrived for nothing in summer 1997.

After the total commitment and power of Les Ferdinand, Kenny Dalglish then tried to replace him with Andreas Andersson in January 1998.

A reported £3.5m fee paid to AC Milan (only one goal in 13 games for the Italian club) and this feeble specimen scored four goals in 27 games for Newcastle, only lasting 18 months before AIK in Sweden agreed to take him for a small fraction of what NUFC had paid for him. An absolute classic case of a football club trying to save money with the sale of Sir Les and it costing far more in the long run.

So much wrong at Newcastle United under Mike Ashley and decision making on transfers just one of the many disastrous factors that led to the shambles we witnessed over 14+ years.

Absolutely no idea who made this decision and more importantly, why?

On the face of it, spending £5m on a central midfielder and it not working out, doesn’t sound that terrible.

However…January 2016 and Newcastle were deep in relegation trouble, desperate for extra goals up front and added quality in defence. So somebody decided to buy Henri Saivet, despite absolutely no need for central midfielders, unless they were something special.

The poor to very average Saivet arrived on one of Ashley’s ridiculous trademark too long contracts, five and a half years in this case and paying Premier League wages to a midfielder who clearly wasn’t PL quality.

Only two starts in that relegation season, only three league starts in total in his entire five and a half years before his contract at last ran out in 2021, when Newcastle could finally stop paying the Frenchman for NOT playing football.

All kinds of questions raised about this transfer…

Rangers signing the central defender on a free transfer in 2004 with Newcastle showing no interest. Then only a few months later and just the 18 games for the Glasgow club, Souness persuaded the NUFC owners to give his old club £8m in January 2005. That transfer fee representing around two thirds of what Real Madrid had paid NUFC for the brilliant but injury prone Jonathan Woodgate only four months earlier.

Souness lasted (thankfully!) only until February 2006, with then Boumsong following him out the door after only 18 months at NUFC. Summer 2006 saw relegated Juventus pay £3m, a £5m loss on the player in the space of a year and a half. 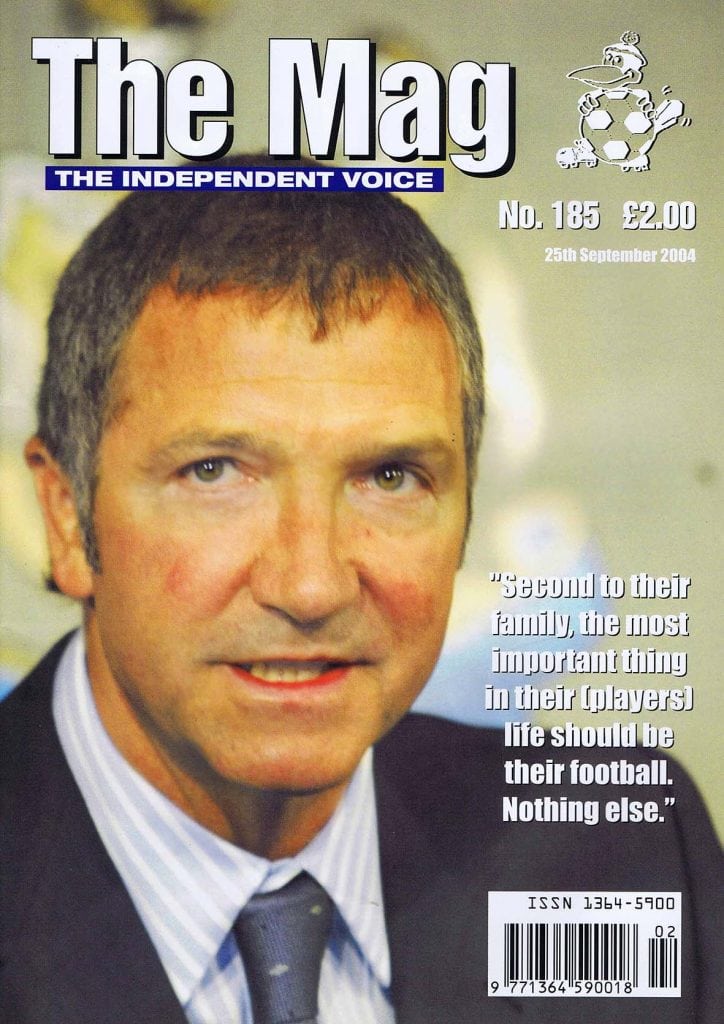 We have seen the expertise of Eddie Howe in his brilliant handling of Bruno Guimaraes, the January signing given time to adapt and not starting a game until March 2022 at Southampton, then having to wait until April 2022 for his first St James Park start.

Newcastle lost that game and then they lost Albert Luque in the following game (1-1 home draw v Fulham) to a hamstring injury.

Whether he would have been any use if handled better…who knows?

Instead became a bit of a joke figure and lasted two years before joining Ajax for a nominal fee.

Luque’s claim to fam that his only Premier League game was when he ‘wrapped it up’ against Sunderland in Alan Shearer’s very final (4-1 winning!) NUFC match.

Ashley thinking he is being clever in taking advantage of Marseille needing to raise cash, allows £15m to be spent in August 2015 on a talented player but one who doesn’t really want to move.

Clueless stooge / patsy McClaren proves a disaster with Thauvin and Newcastle generally, player goes back to Marseille on loan (probably with Newcastle paying most of his wages!) only five months later after only three Premier League starts, NUFC get relegated at end of season and June 2017 Thauvin eventually signs permanently back at Marseille for £10m, Newcastle getting three PL starts out of him in return for a £5m loss on transfer fee, never mind wages and signing on fee etc!

After that ludicrous sale of Les Ferdinand in summer 2007, there was a serious amount of money wasted, far in excess of the £6m banked for Sir Les, on terrible players.

Dalglish paying Auxerre £4.5m for Guivarc’h who had just picked up a world cup winners medal playing centre-forward for France. What could possibly go wrong?

Guivarc’h signed in June 1998, Dalglish left Newcastle in August 1998, then Guivarc’h left Newcastle in November 1998. Only five months at the club and only one goal in four appearances, new manager Ruud Gullit selling the French striker to Rangers for a £1m loss, the fee £3.5m. 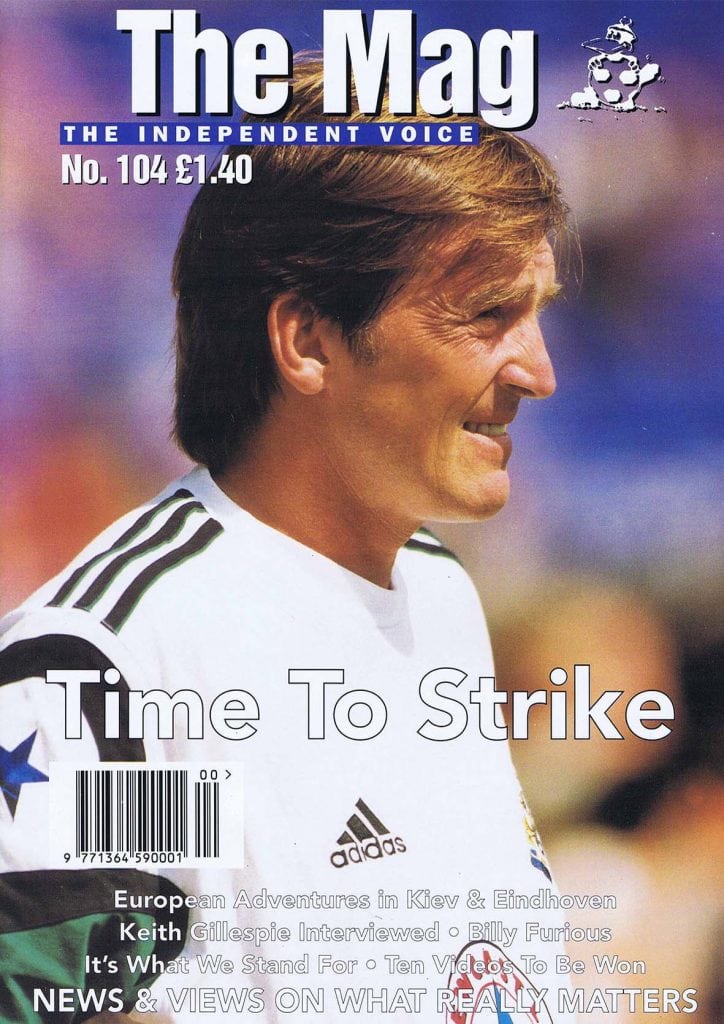 Newcastle United desperately needed a goalscorer after Mike Ashley made no attempt to make the stop gap loan signing of Loic Remy permanent.

Instead we got Emmanuel Riviere.

At the time NUFC were linked to all kinds of credible / quality strikers such as Lacazette and others, only for Mike Ashley to assist on the ‘bargain’ signing of Riviere for £6m.

Relegation only avoided on the very final day of the season against West Ham, thanks to Jonas Gutierrez.

Riviere played 26 PL games for Newcastle and scored one goal, fittingly, that one goal saw him totally miskick the ball with one foot, it hit the other foot, totally confusing the keeper as it crept over the line, Newcastle still losing 2-1 at QPR despite that glorious strike from the Frenchman.

As usual under Mike Ashley, all kinds of dodgy going on.

Ashley assuring Kevin Keegan that he absolutely had the final say on all transfers in and out, though secretly telling Dennis Wise it was really he who had the power.

Xisco only ever starting three Premier League games for Newcastle and scoring once, whilst Kevin Keegan won a case of constructive dismissal, proving Mike Ashley and his minions had misled him.

The signing of Joelinton perfectly summed up everything that was wrong under Mike Ashley’s ownership.

Having undermined and refused to back a high quality manager in Rafa Benitez (zero net spend over the course of his three years at NUFC). After forcing him out, Ashley then brought in his preferred type of employee, the stooge / patsy Steve Bruce, then only five days later paying £4om for a new striker!

Quite incredible. The only thing more incredible, was that patsy Bruce then claimed that it had been his decision to buy Joelinton for £40m!!

Newcastle United were desperate for goals with Mike Ashley having also happily got rid of Rondon and Perez (as well as Rafa) who had scored 25 (60%) of NUFC’s goals the previous season.

It was an absolute miracle that NUFC were not relegated, despite that Joelinton signing, in either of the two full season Ashley and Bruce were together. So much luck coming Bruce’s way in so many games Newcastle deserved to lose.

***Of course now, Newcastle United have a very different Joelinton playing for them. However, this absolutely would never have happened without the departure of the pair who were key to his signing. Mike Ashley who signed Joelinton and Steve Bruce who pretended he did and then didn’t have a clue what to do with him.

I can’t think of a better word to describe this absolutely appalling person. If you seriously question just how shameful / shameless he is, just look at what he is doing now as he tries (along with the likes of John Terry…) to convince unsuspecting fans to invest in NFTs.

Signed for £16m in July 2005, he absolutely milked Newcastle United for every penny he could.

Michael Owen was totally dedicated…to himself. 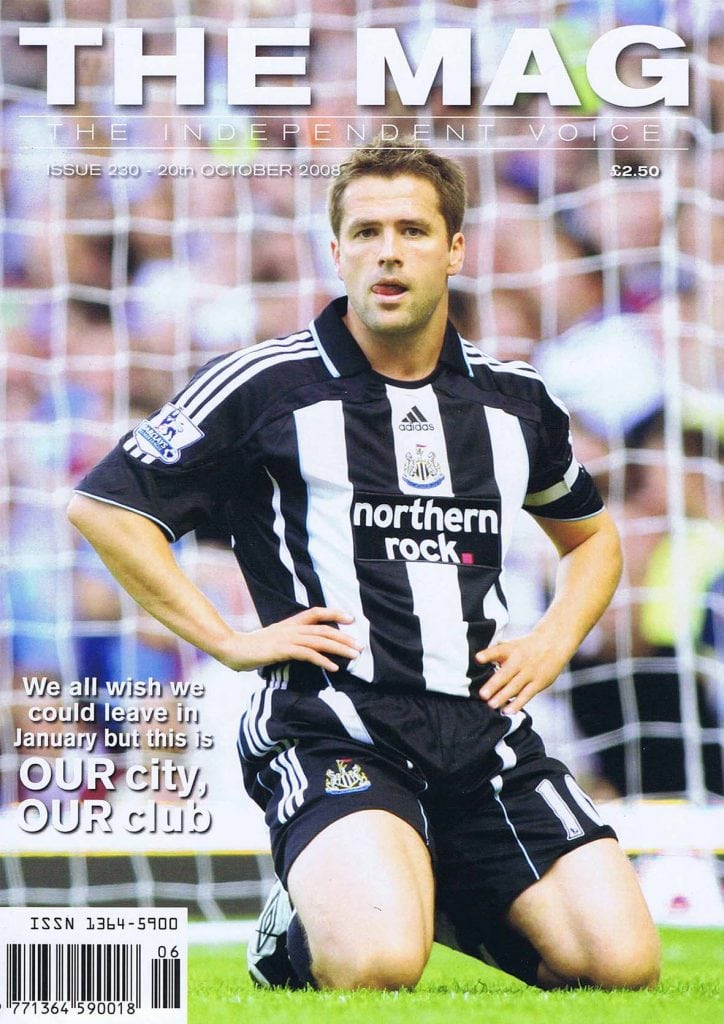 His only interest was playing for England and turning out for Newcastle United an inconvenience to ben endured as little as possible.

Picking up a reported £110,000 a week for four years, in total costing NUFC around £40m or more in total, in return for 58 Premier League starts.

The final insult of course was when Paul Ferris, acting as head physio under Alan Shearer at the time, revealed that Michael Owen had refused to play for Newcastle in part of the relegation run-in of 2008/09 because he was worried he wouldn’t get the best possible deal and club if / when Newcastle were relegated.

Owen walked away after relegation to go and sit on the bench at Man Utd, not willing to take any responsibility for the relegation and stay and help to put it right, by assisting Newcastle to get promoted back to the Premier League.