Lille have now agreed a deal in principle for Sven Botman to join Newcastle United.

An official announcement from Newcastle United on Tuesday night, confirming that the deal had been agreed in principle.

Lille turned down Newcastle’s offers in January, as they wanted to keep him until the summer so he could play in the knockout stages of the Champions League.

Newcastle United back in for him this summer transfer window as Sven Botman himself confirmed at the start of June.

Newcastle competing with AC Milan for his signature and United prevailing against the Serie A champions.

He will become the seventh permanent signing of 2022, as Eddie Howe and the new owners progress this Newcastle United team and squad.

It was Friday night when Lille and Newcastle United agreed the deal, with then the player flying in on Monday to complete his medical.

Sven Botman has agreed the terms of a five year deal taking him up to the end of June 2027, with the official announcement stating that ‘the formalities of the transfer are set to be concluded this week’ ahead of preparations beginning for the new season.

Only 39 days to go now until Newcastle United kick off against Nottingham Forest.

‘Newcastle United have agreed a deal in principle with LOSC Lille to sign Dutch defender Sven Botman for an undisclosed fee, holding off competition from a host of European sides to secure the highly-rated centre-back.

Botman has completed his medical on Tyneside and agreed the terms of a five-year contract. 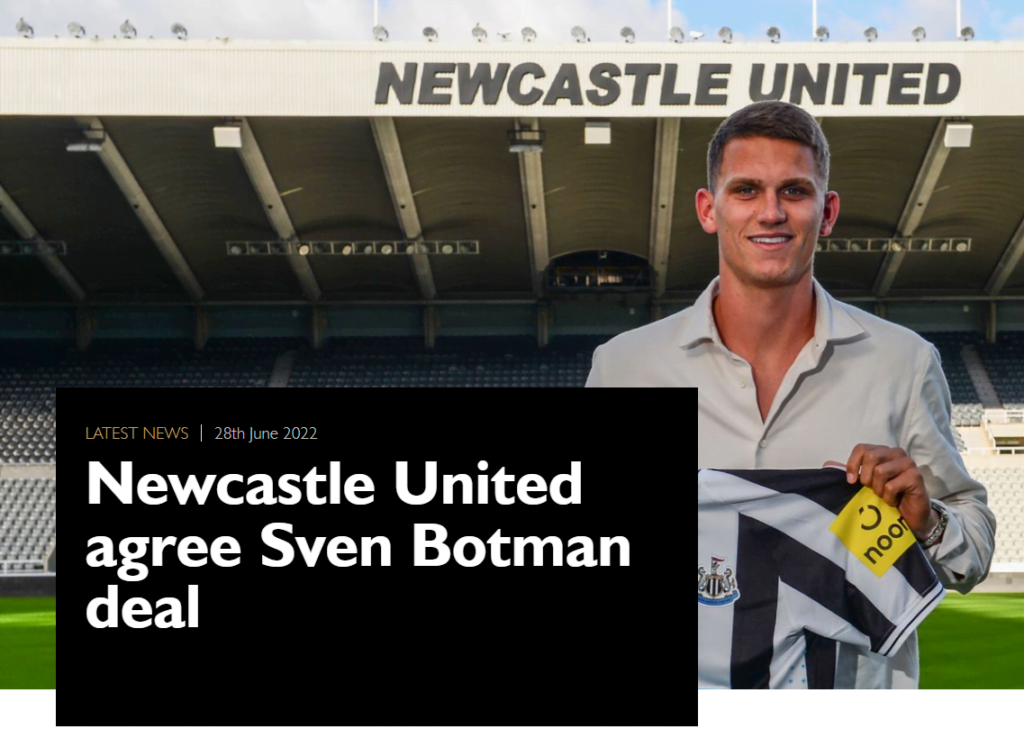 The formalities of the transfer are set to be concluded this week, following which the 22-year-old will officially become a Newcastle United player.’