We now have news of the first Newcastle United live TV matches to be confirmed for the 2022/23 Premier League season.

The opening weekend’s live TV games for UK broadcast have been made public.

Newcastle United not included in these first five matches chosen by Sky Sports and BT Sport, suggesting that the opening game against Forest will stay at 3pm on Saturday 6 August.

However, Amazon Prime once again have two complete rounds of Premier League matches to show live this coming season:

Whilst Newcastle United are listed as playing Everton at home on Wednesday 19 October at 7.45pm, Amazon Prime also have all of the Boxing Day matches as well but they currently have 3pm for all ten games. So I don’t know whether that is the plan, or whether they will spread them out more, as is the case with those October matches they have the rights for.

Newcastle United are away at Leicester in the Boxing Day schedule.

These are the Newcastle United Premier League fixtures for the 2022/23 season that were released earlier today: 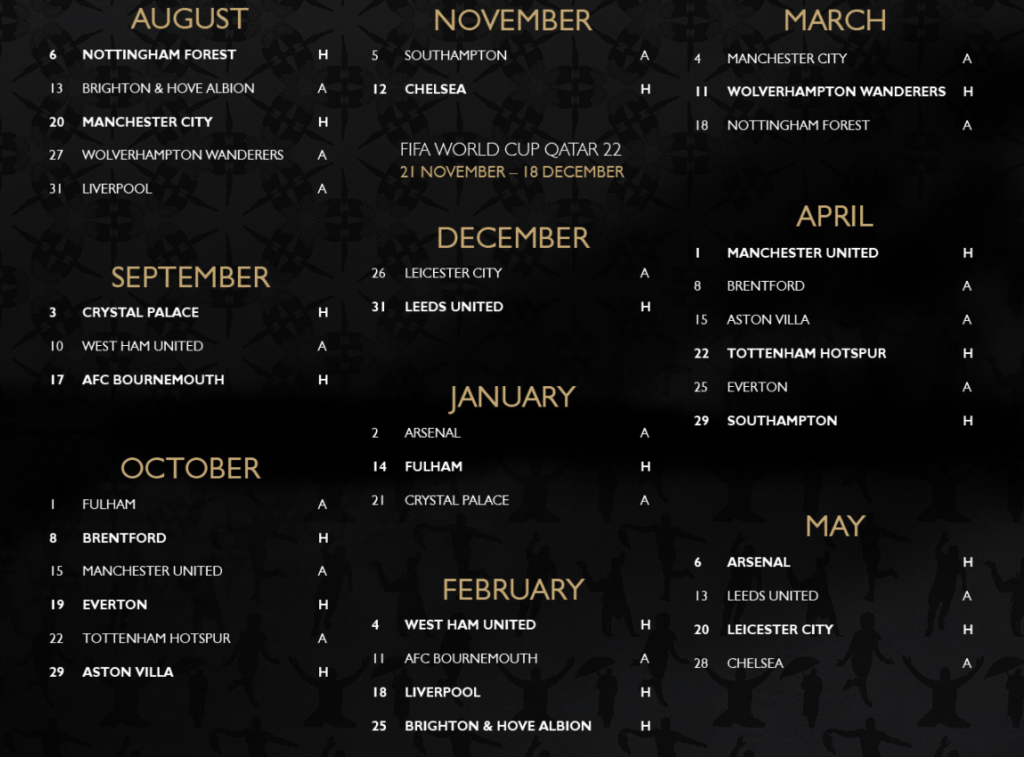 A tough opening to the season, with away games at Brighton and Wolves in the first month, along with both Liverpool and Man City to play, with promoted Forest kicking things off at St James Park.