The official release and photos (see below) from the club, confirming that the leaked Newcastle United 2022/23 Home Shirt images that had previously circulated in May were on the money.

With the release, it had a link to the official club shop site, with this message for the new replica home shirts – ‘This product is on pre-order. Despatch is expected w/c 4th July.’

That announcement was then followed by Mike Ashley and Sports Direct putting up on their website that they would have the new home Newcastle United shirt available on 30 June.

Not sure whether that has played a part in the club’s / Castore’s decision but the new Newcastle United shirt has gone on sale earlier than the club said it would. 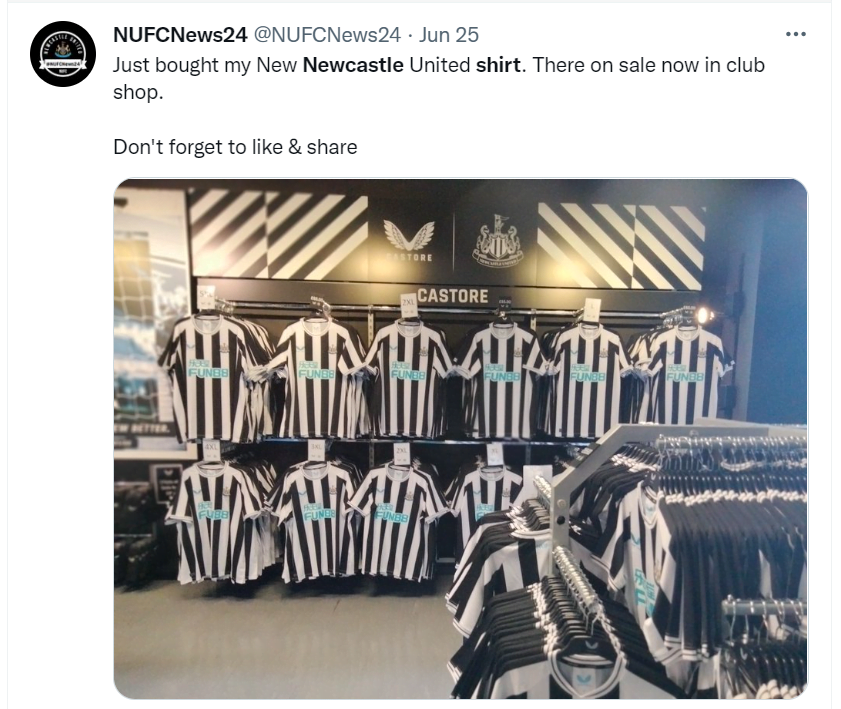 Whilst on the online shop you can ‘buy it now’ but it does say ‘allow 10-15 days for delivery’ for the new home Newcastle United shirt. If in reality it would take that long, or whether that is just to cover themselves, remains to be seen.

Ready for a new challenge in the Premier League, players and supporters will unite once again in iconic black and white stripes while honouring the club’s 130-year history.

Castore’s latest design combines traditional elements of the club’s memorable home kits together with modern touches, creating a classic black and white jersey that is inspired by the past and built for the future. 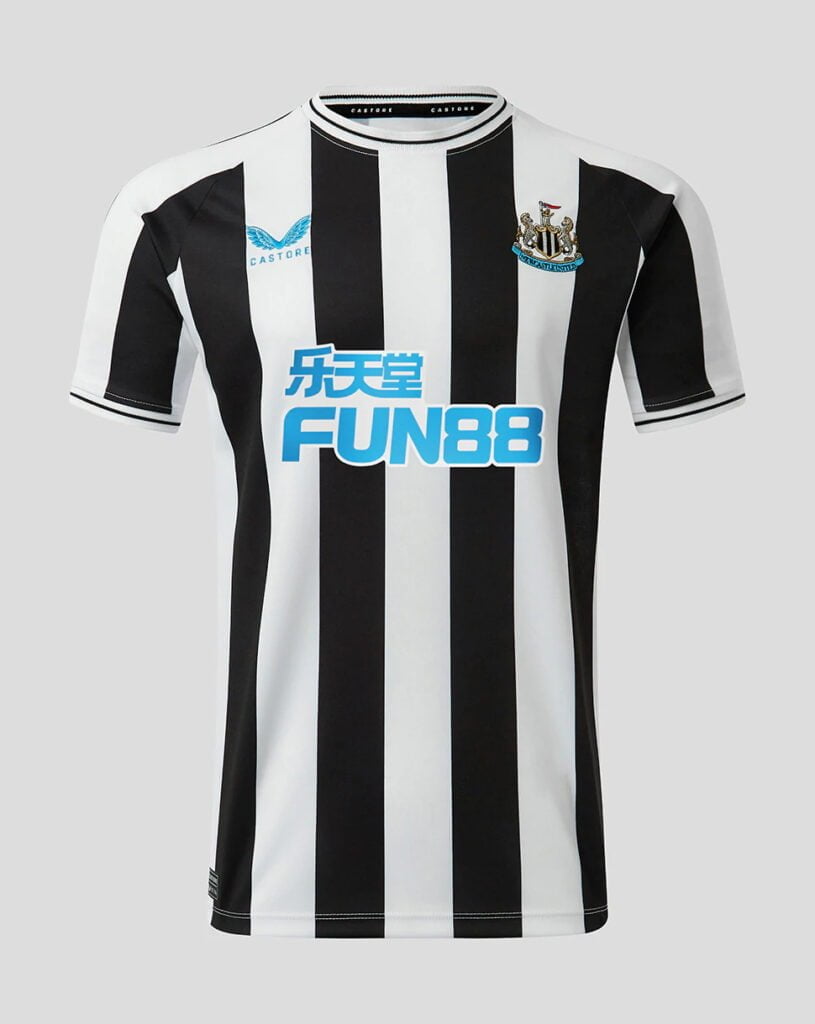 All Newcastle United kits are crafted with a blend of high-stretch fabrics and cut to enhance performance, offering exceptional ease of movement on pitch and in the stands.

The elite ‘Pro’ edition of the shirt, which will be worn by the first team on the pitch, features Castore’s finest innovation technology with laser-cut ventilation at the underarms to keep players cool and focused during play.