Kieran Trippier finally made it back into the Newcastle United after surgery and recovery, in the final month of the season making a sub appearance away at Man City and then starting in the win at Burnley on the final day of the campaign.

Having won La Liga with Atletico Madrid in 2021 and played in the finals of the Euros against Italy, Kieran Trippier hoping to then settle in quickly and play well at Newcastle United after his January move, with then a knock on effect of cementing his place for England in the Qatar World Cup finals later this year.

Kieran Trippier last played (and started) for England in a 5-0 win over Andorra in October (2021), then missed out for his country earlier this year after getting injured playing for Newcastle.

Tuesday night though saw the Newcastle United star back on the pitch, starting for England in their Nations League away fixture against Germany in Munich.

Not the best of performances from England, as Germany dominated most of the match.

Hofmann giving them a deserved lead on 50 minutes, only for a Harry Kane equaliser with two minutes to go thanks to VAR flagging up a penalty due to a foul on the Spurs striker.

England had been a poor second best until the introduction of Jack Grealish (how on earth the likes of Mount get a game ahead of him???) and in the final 20 minutes suddenly the visitors were in the ascendancy. Kieran Trippier and the Man City player working well down the left side, with Grealish creating a number of chances.

Previous to that, corners looked the only realistic chance of an England goal, with the Newcastle United star putting in some decent deliveries.

Indeed, no surprise to see the WhoScored stats based rating system made Kieran Trippier England’s second best player out of the eleven who started, only goalscorer Kane rated higher of the team who started the match for England: 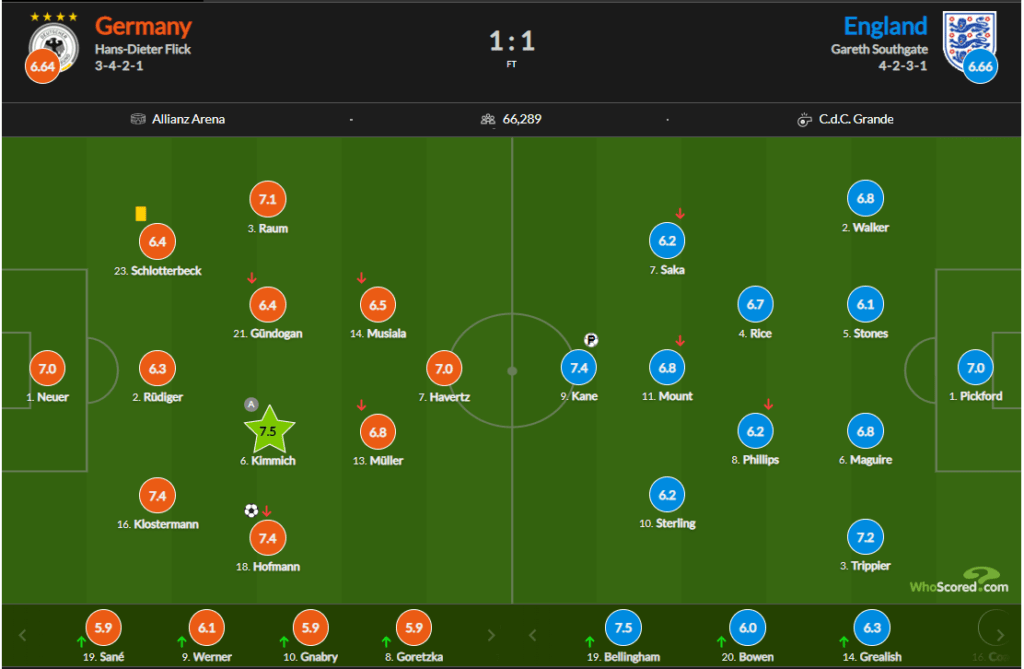 It had been six years and eleven days since a Newcastle United player had turned out for England. Andros Townsend on 27 May 2016 replacing Raheem Sterling at the Stadium of Light for the final 14 minutes of a 2-1 win for England over Australia and the Sunderland fans booing his every touch.

As these stats below from Mozo Football show, Kieran Trippier doing well despite a poor effort from most of those around him last night: 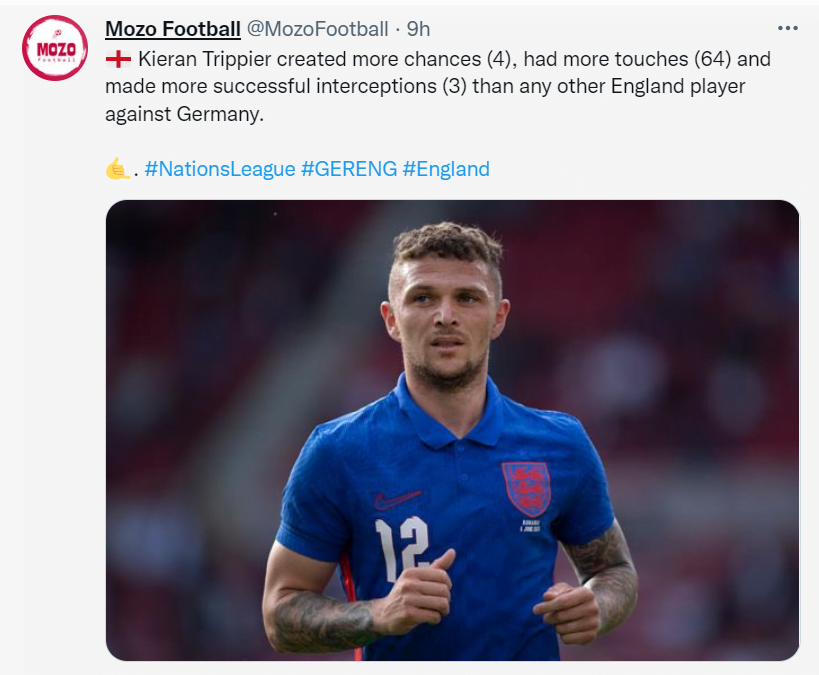 Mozo Football with more stats on the Newcastle man against Germany: 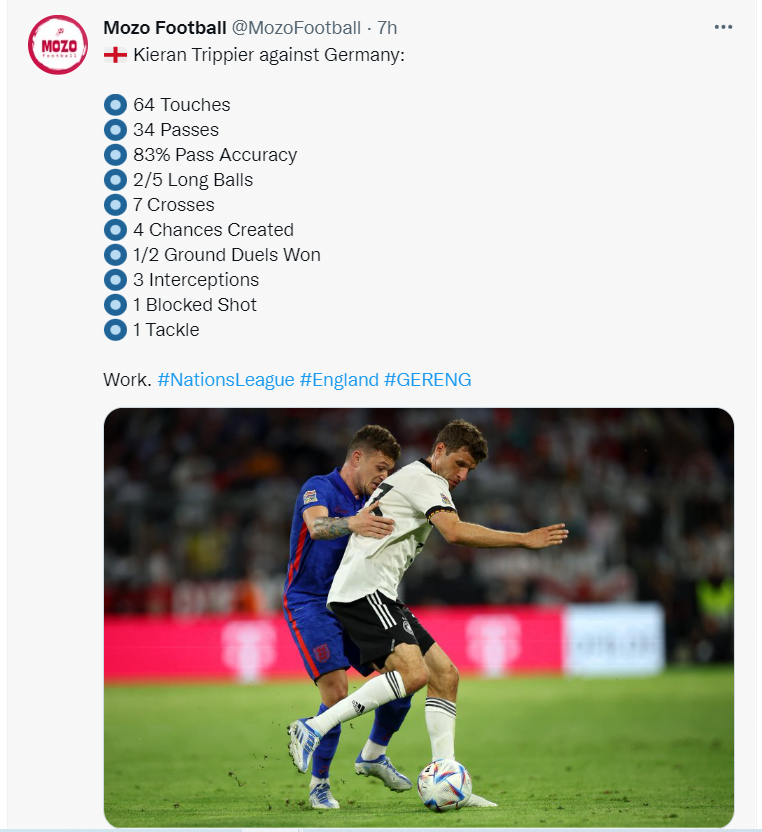 As you can see, as things stand, following these next two England matches in June, only two more games to play before Gareth Southgate picks his final squad for the World Cup finals in Qatar. This sums up just how important this current June get together is for the England hopefuls.

Good luck to Kieran Trippier in these four remaining matches ahead of the World Cup finals, where he looks all but certain to be in the squad and here’s hoping, a first choice starter for Gareth Southgate. After a stunning start to the 2022/23 season for Newcastle United…

Since Mike Ashley took over NUFC 2007, we haven’t had a single Newcastle United player in any England squad at a major tournament. Not a single one.

So here’s hoping that Kieran Trippier can change that stat in five months time, out in Qatar.