Kieran Trippier put in a great shift to make it back into the Newcastle United team before the end of the season, having made a great start including two free-kick goals, the defender then cruelly needing surgery after only four Premier League starts for NUFC.

As well as getting back to help his Newcastle teammates, Trippier also had the additional incentive with a key England get together in June.

Kieran Trippier started for England in a 5-0 win over Andorra in October (2021), then missed out for his country earlier this year after getting injured playing for Newcastle.

However, after being called up for the June squad, the Newcastle defender sat out a shocking 1-0 draw in Hungary.

Tuesday night though saw the Newcastle United star back on the pitch, starting for England in their Nations League away fixture against Germany in Munich. Not a great team performance and a fortunate 1-1 draw with a late penalty equaliser, Trippier one of the few to come out of that game with any credit, playing at left-back rather than his usual right side position.

Saturday night it was England v Italy and once again Kieran Trippier starting at left-back.

Yet again though, not the best of performances from England, as they struggled to create and dominate on home soil.

As you can see from the ratings below, no coincidence that it is almost entirely defenders getting any credit for the performance.

The WhoScored stats based rating system made Kieran Trippier England’s fourth best player (along with Jack Grealish, the only one of the front six to get a rating as high as 6.8) out of the fifteen who got on the pitch: 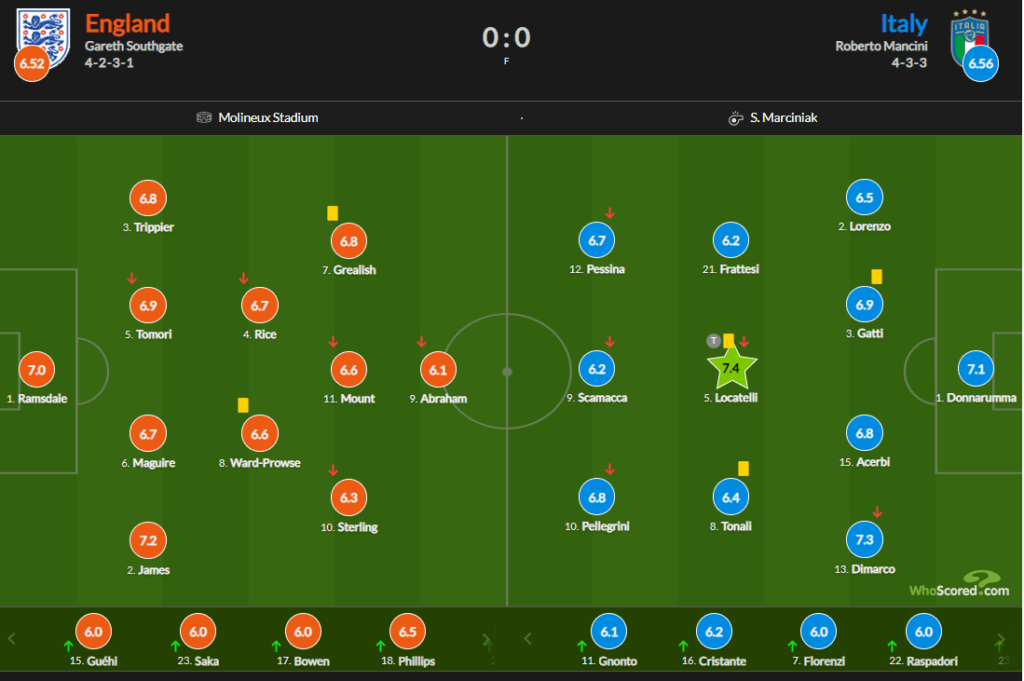 As these stats below from Mozo Football show, Kieran Trippier doing well despite a poor effort from most of those around him last night: 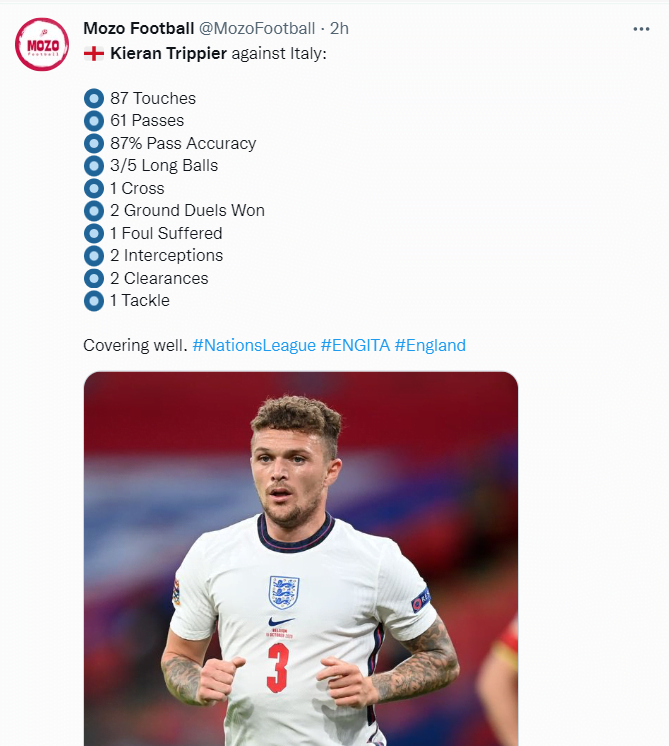 June 2022 now sees England with only one more Nations League match to play this month in this upcoming England schedule:

As you can see, as things stand, following this Hungary match on Tuesday, it looks like only two more games to play before Gareth Southgate picks his final squad for the World Cup finals in Qatar. This sums up just how important this current June get together is for the England hopefuls.

Good luck to Kieran Trippier in these three remaining matches ahead of the World Cup finals, where he looks all but certain to be in the squad (particular as he is so versatile and able to play on the left as well as right) and here’s hoping, a first choice starter for Gareth Southgate. After a stunning start to the 2022/23 season for Newcastle United…

Since Mike Ashley took over NUFC 2007, we haven’t had a single Newcastle United player in any England squad at a major tournament. Not a single one.

So here’s hoping that Kieran Trippier can change that stat in five months time, out in Qatar.