After working as an assistant coach of the Danish national side, Jon Dahl Tomasson was named as manager of Swedish side Malmo in January 2020.

The former Newcastle striker leading the club to consecutive league title wins, as well as reaching the group stages of the Champions League.

Now in an interesting move, Jon Dahl Tomasson will be returning to England, taking charge at Blackburn Rovers.

Sky Sports now reporting that once a work permit is confirmed, the one-time NUFC player will fill the vacancy left by Tony Mowbray.

Mowbray did a really good job and interesting to see what Jon Dahl Tomasson can do with a squad that finished eighth last season.

Having scored goals for fun with Heerenveen in Holland, a 20 year old Jon Dahl Tomasson joined Newcastle United in 1997.

It proved to be a disastrous summer for both Newcastle United and the Danish signing, Hall and Shepherd agreed to sell the brilliant Les Ferdinand to Tottenham because of his age, then as that deal was going through, Alan Shearer picked up a really bad injury in pre-season.

At Goodison Park that day in summer 1997, Jon Dahl Tomasson was arguably the only person more gutted than the Newcastle fans.

He’d looked good in pre-season friendlies playing off Alan Shearer and suddenly then found himself having to play as more of an out and out centre-forward, along with trying to work out exactly what strike partner Tino Asprilla was going to do next.

As Jon Dahl Tomasson says himself: ‘I arrived in Newcastle to form a partnership with Alan Shearer and then Shearer was seriously injured. I was young and inexperienced and I had to play out of position to fill the void after one of the best strikers in the world was injured.’ 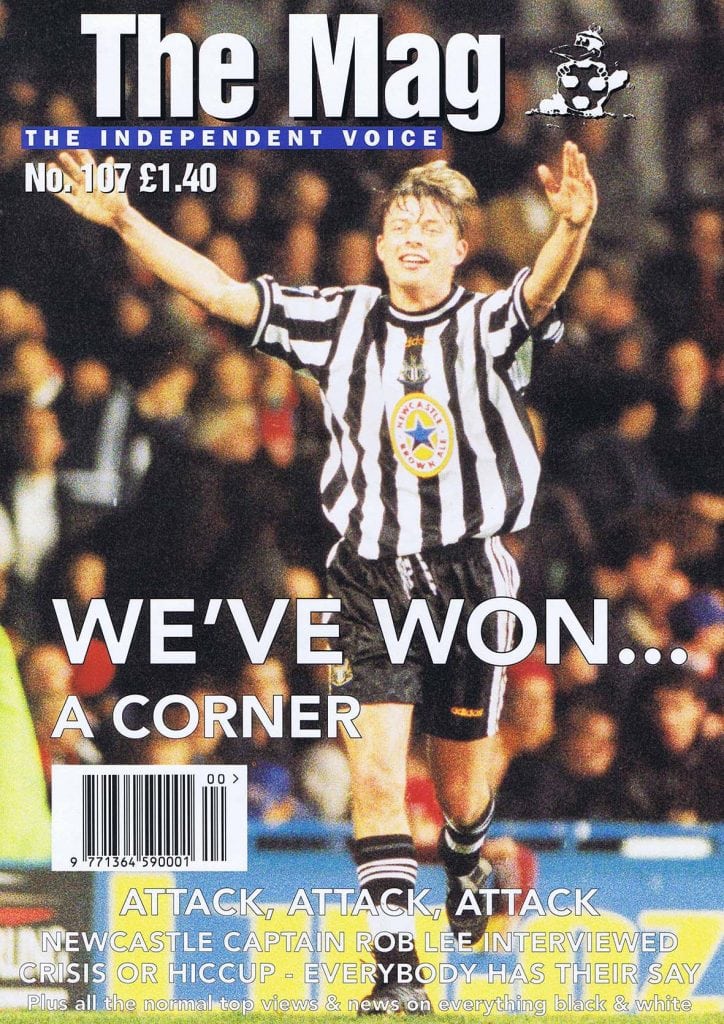 It was a case of what might have been as after only one season at Newcastle, the Danish striker left and went on to have  great career with the likes of Feyenoord and AC Milan.

Jon Dahl Tomasson speaking to Goal back in February 2020:

“I see myself as a product of top international football since this is where I have spent my life since I was 18.

“I have been influenced particularly by the Dutch school of football but I have also been inspired by my career in England, Italy, Spain and Germany.

“Experiencing different styles of football and culture surely develops a person. Some of the most important managers for me in my playing career have been the likes of Carlo Ancelotti, Manuel Pellegrini, Leo Beenhakker, Morten Olsen and Bert van Marwijk. All of them are top coaches.

“In England I had Kenny Dalglish as manager [at Newcastle United] and he was a gentleman, no doubt.

“He kept his word to the players, and always behaved very correctly to anyone.

“In that way, I probably took some of his behaviour as a manager with me.

“It was not an easy season for Dalglish, for the club or for me personally.

“I arrived in Newcastle to form a partnership with Alan Shearer and then Shearer was seriously injured.

“I was young and inexperienced and I had to play out of position to fill the void after one of the best strikers in the world was injured.

“But it was still a great experience to have also played in the Premier League.”