A lot of speculation as to whether or not Jamaal Lascelles would be leaving this summer.

Reports claiming that an exit could be on the cards.

The club captain having gone from automatic starter to regular on the bench.

Not fit enough to be named in the starting eleven against West Ham on the first day of the 2021/22 season, Jamaal Lascelles an unused sub that game.

However, in the next 21 Premier League matches, the NUFC captain starting all 18 of the 21 that he was available for.

The last of those was the 3-1 win over Everton, when Jamaal Lascelles had a very eventful match. The 36th minute seeing him score a very unlucky own goal to give the scouse mackems the lead, only for less than sixty second later Jamaal Lascelles producing an excellent header from Trippier’s corner, smacking off the crossbar and then into the back of the net off Holgate for an instant equaliser.

Newcastle went on to win 3-1 and after the warm weather break in Saudi Arabia, that victory was the start of a run of six games that produced 16 points from a possible 18, effectively raking Newcastle United to the brink of safety.

However, the next match (after that 3-1 win over Everton) saw new signing Dan Burn fit to start, replacing Jamaal Lascelles and the Geordie from Blyth starting all of the final 16 PL games. Jamaal Lascelles only starting four of those last 16, either when Schar was injured / not fully fit, or when Eddie Howe played three / five at the back.

With Jamaal Lascelles going from automatic first choice to third choice centre back, much speculation that he was going to leave this summer to get first team football, especially as he will turn 29 in November.

Then with Sven Botman now coming in, Jamaal Lascelles clearly set to become fourth choice in the middle of defence.

However, when it comes to the Jamaal Lascelles question, Newcastle United have now made it clear he is not leaving this summer.

Earlier today, the club releasing the new third strip for next season, with three (male) Newcastle United players chosen to promote it…. 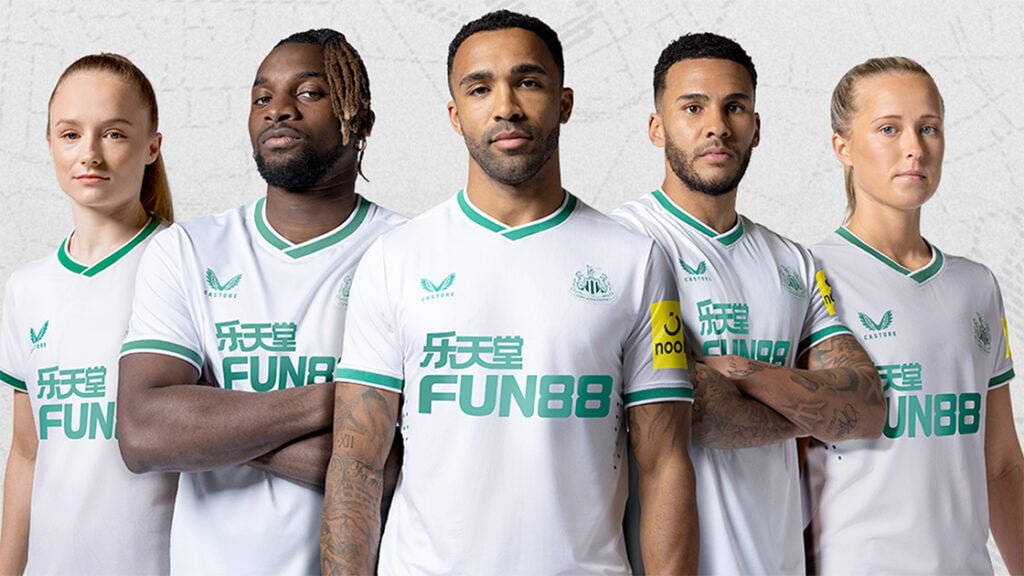 Earlier this month, Allan Saint-Maximin, Kieran Trippier and Bruno Guimaraes were used to market the new home strip. Trippier and Bruno straightforward choices, whilst the inclusion of ASM removed any lingering doubts that he might leave this summer.

No surprise to see Callum Wilson and ASM selected to promote the new third strip, but Jamaal Lascelles having been included…definitely not coincidence.

They are not going to use a player to promote the new kits if they believe any likely chance he is leaving.

An interesting one, as clearly there must have been conversations with Jamaal Lascelles and seemingly the NUFC captain making clear that he wants to stay and fight for his place.

It now looks then that Sven Botman and Dan Burn are set to be first choice, with Fabian Schar and Jamaal Lascelles making up the quartet of options. If NUFC run into serious injury problems, then Paul Dummett can also play in the middle in an emergency.

Ciaran Clark (will turn 33 in September) certainly needs to find a new club or else otherwise will find himself left out of the official 25 man senior senior once again, the same as in January. Whilst 33 year old Federico Fernandez is another who will surely be looking to see if he can get playing time elsewhere.

Jamaal Lascelles has two years left on his current contract, whilst Clark and Fernandez both have one more year left.