Thursday was set up to be an intriguing contest featuring Hugo Ekitike and Santiago Munoz facing each other.

The pair meeting in the semi-finals of the Maurice Revello tournament over in Salon-de-Provence, France.

Reims FC having confirmed over a week ago that they’ve accepted a bid from Newcastle United for Hugo Ekitike, with everybody now just waiting on official confirmation as to whether the 19 year old French striker has assented to the move.

Whilst the transfer fee has been agreed between the two clubs, negotiations have continued as to when the money will be paid, with Newcastle wanting to pay a lower up front amount and as much as possible of it to be paid in future instalments. Enabling them the maximum flexibility possible in making their allowed spending go as far as possible this window. It also widely reported that agents fees need to be agreed, plus of course final confirmation to be made public that Hugo Ekitike has agreed to the move to Newcastle.

However, after only eight minutes of today’s semi-final against Mexico, disaster struck for Hugo Ekitike. When sprinting, the 19 year old pulling up with what is believed to be a hamstring problem.

The player obviously now to be assessed for how serious the injury is and how long he will be ruled out for.

For Newcastle United fans of course, we are left wondering (selfishly!) what impact (if any) this has on the proposed transfer.

Assuming all parties want to go ahead, is it possible for Hugo Ekitike to successfully get through a medical that would allow a transfer to happen in the near future?

As for today’s match, after Elitike’s departure, France raced into a 3-0 lead by the 31st minute. Mexico giving themselves some hope when scoring after the break, only for France to make it 4-1 late on. Santiago Munoz playing the full 90 minutes for the losing team. 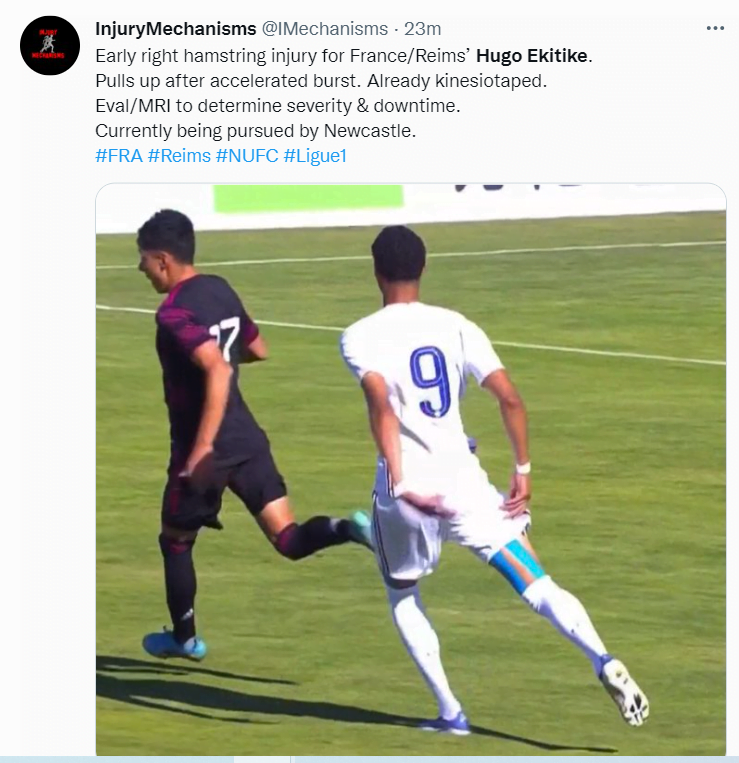 France will now play Venezuela in the final on Sunday, having drawn 0-0 but going through on penalties against Colombia.

As for Hugo Ekitike, Newcastle fans waiting to see what happens.