I read a fine article last week, where the always engaging George Caulkin pulled together a piece for The Athletic about the feelings around the seemingly deceased concept of the Tyne / Wear, Newcastle v Sunderland, derby.

This was taken from a Twitter shout out to both sets of fans, asking whether this fixture was a big miss, and, whatever the answer, why they felt that way about it.

I have to admit the piece was a bit of an educational one to me.

First of all, I was surprised that this is the longest gap between derbies since the Second World War. It may be because I was a kid, but the fact that between 1985 and 1999 there were only four seasons where we played the mackems, made it feel like a long old gap. Still, they were spread more frequently than the current drought about to enter it’s seventh season.

Secondly, I was a bit shocked at how absolute some Newcastle fans are when it comes to wanting the game back, with just over half not keen on its return. When I looked at the reasons though, I shared many of them.

Something that is a consistent factor here is just how unpleasant the away game is. The main option to get there is a bus journey that takes an astoundingly long time to do twelve police-escorted miles followed by being penned in somewhere or other before getting shoved in the ground ages before the match. If you don’t fancy this, you can chance your arm on the metro and try to get there incognito, but many rightly pointed out how this game seems to have increased in wide-eyed insanity over the years, and getting caught out by your accent, demeanour, or even colours, could see things turn nasty quicker than you can say “get yourself back to league one”. 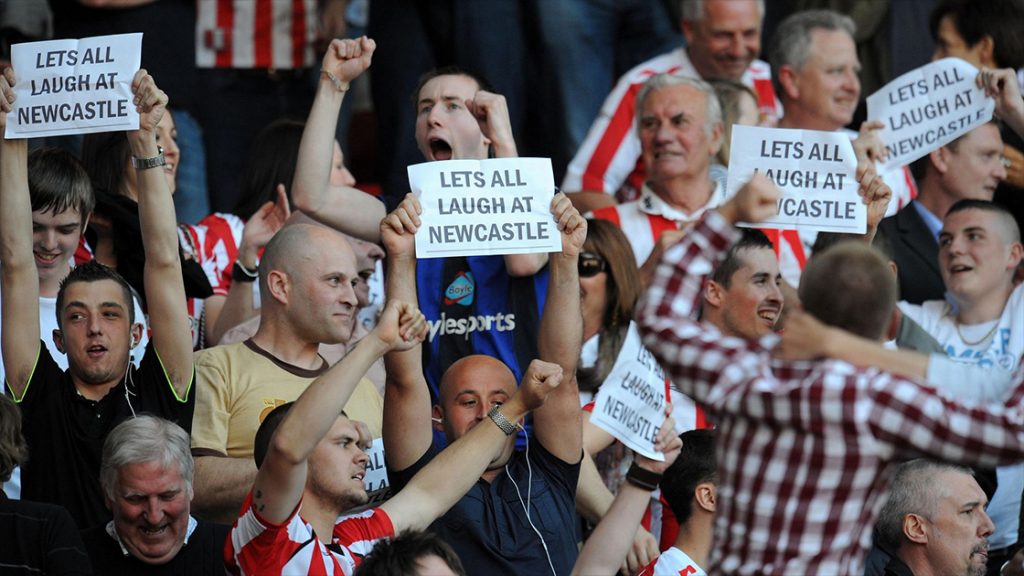 This is of course further tainted by the fact that you’re less likely to get a good result in the away game, which is the crux of the second point many raised: if Sunderland stay away, there is no risk of the agony of losing to Sunderland. This one I don’t get as much any more.

Over recent years, I would have agreed that Newcastle are far, far better off without the threat of fixtures against an opponent that raises it’s game 300% against you and plans it’s season around a seething desire to beat you, while simultaneously playing the role of bottom dwelling cannon fodder for the clubs you’re vying with for whatever you hope to achieve from the season. The agonising run of six defeats sandwiched in a nine match winless run has hit that horrible feeling home so badly that I think some people have lost their spirit a bit.

You see, those days are gone and Newcastle are no longer the side that couldn’t raise any impetus for a derby, or be reeled in by a few dodgy tackles and the efforts of somebody who was on his way to prison. Newcastle United are on a trajectory to be a club that comfortably beats lower table sides, with personnel to boot who have enough of a connection with the supporters to thoroughly understand the importance of this game. Even if the mackems raise their game the standard 300%, they would still fall short.

Surely there is a desire in everybody to remedy that awful run we had to endure?

I remember leaving the game after Nick the Greek had scored the goal that will forever remain the first ever winner in a derby at the Stadium of Light and the locals were making “2-1” gestures at our buses. It was pathetic, trying to live in the past at a time when we were on top. However, the “six in a row” patter now still has relevance, as it harks back to the most recent fixtures. It too will feel laughable when they are coming off the back of a 5-0 howking at St James. 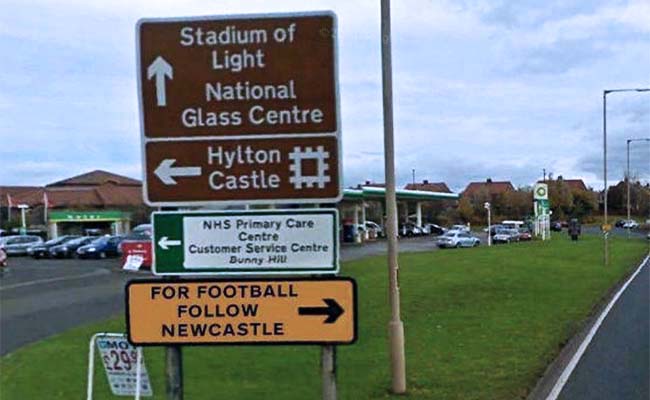 I absolutely, totally understand people’s points, but I do feel this is just another symptom of Ashley damage lingering on, as people fall into the old habits of expecting the worst, unable to comprehend that something good is now happening to us. This game will take on a new perspective next time it happens, and the terrified mackems in George Caulkin’s piece were all too aware of this prospect.

If you are still nervous, I have good news.

Looking at the recent history of League One sides promoted into the Championship is pretty grim reading. Seven of the last 12 have been immediately relegated, with Blackpool the only play-off winner to have hung in there, having stayed for one season so far. None of these clubs finished as low as Sunderland’s fifth place and there’s no suggestion that a squad overhaul will be bankrolled to bring an upward change in fortunes. I think there’s a decent chance that the mackems general upward trajectory and some solid personnel will keep them up, but they aren’t getting near the Premier League any time soon. If they do get relegated that’s another two years minimum.

On the other hand, if you would fancy a derby, the good news is there’s more chance in the cup. The mackems can no longer avoid us by going out in round one or two of the FA Cup, following promotion they will be in at least one draw with us. Also, if they were to progress, I’d argue there’s less chance of Newcastle having crashed out early than at any time in the recent past (there hasn’t been an occasion where both sides have been in the fifth round in 50 years, which tells you a lot about what we’ve had to put up with round here).

The league cup involves Sunderland actually winning their first round match (a tricky draw at Sheffield Wednesday) so may be less likely, but the seeded 48 team second round offers decent odds should they make it.

So, whatever your view, I’ll finish on a question. The draw for the FA Cup third round is drawing to a close. Newcastle come out at home with three balls left: two middling Championship sides and Sunderland. Who do you want to come out?