A lot of speculation recently as to whether or not Allan Saint-Maximin would be leaving this summer.

Reports claiming that an exit was on the cards for one of two reasons.

Either because the player himself wanted to leave and / or Newcastle United interested in selling Allan Saint-Maximin in order to raise funds to help towards bringing  new signings in.

Also, plenty of other journalists / media reporting that their understanding was that the 25 year old was going nowhere.

I must admit I was confused by the idea that anybody (Newcastle fans) would welcome the idea of ASM leaving, considering the player’s stats (see below) and the fact he was still Newcastle United’s most productive player despite an up and down season, With much of that largely down second half of the season seeing injury / illness keep him out of the team and then Allan Saint-Maximin potentially struggling for full fitness as well as form, until looking more like himself the last couple of matches.

Anyway, when it comes to the Allan Saint-Maximin question, Newcastle United have now made it clear he is not leaving this summer.

Earlier today, the club releasing the new home strip for next season, with three (male) Newcastle United players chosen to promote it…. 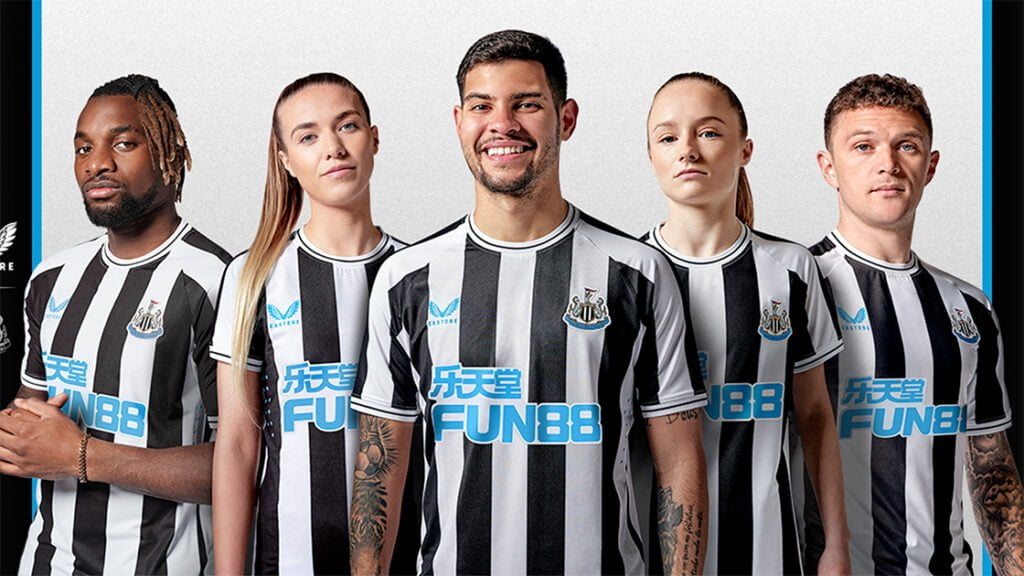 I think January signings Kieran Trippier and Bruno Guimaraes were always nailed on to be used this summer when it came to marketing the club in whatever way, with Allan Saint-Maximin included as well, we can definitely mark him down as also a player who is not leaving this summer.

Whilst obviously the reality will be that a lot of the current squad will be staying as well this summer, there aren’t loads of others where I would say there is absolutely no way they would be leaving. I would say Joelinton and Dan Burn as certainties as well, then after that the next level of players who I would be 95% certain won’t be going anywhere – the likes of Dubravka, Wilson, Schar and a few others (hopefully Matt Targett made into a permanent signing as well).

Then an awful lot of players where I think if clubs make acceptable bids, they will be moving on. Isaac Hayden having kicked off that process on Tuesday, a loan deal to Norwich with a condition he will make a permanent move next summer if certain targets are met.

Anyway, back to Allan Saint-Maximin and why I was convinced he wasn’t heading off this summer.

These were the basics of the 2021/22 Premier League season for Allan Saint-Maximin:

4 Sub appearances off the bench

So basically, Allan Saint-Maximin this past season averaged roughly a direct goal involvement (scoring or an assist) every three games worth of minutes.

Then it was Newcastle United direct goal involvements in the Premier League 2021/22, the top half dozen…:

Whilst scratching below the surface, this new end of season table from the Other 14 (who specialise in stats for clubs who aren’t ‘big six’ clubs) gave us more information to help form opinions: 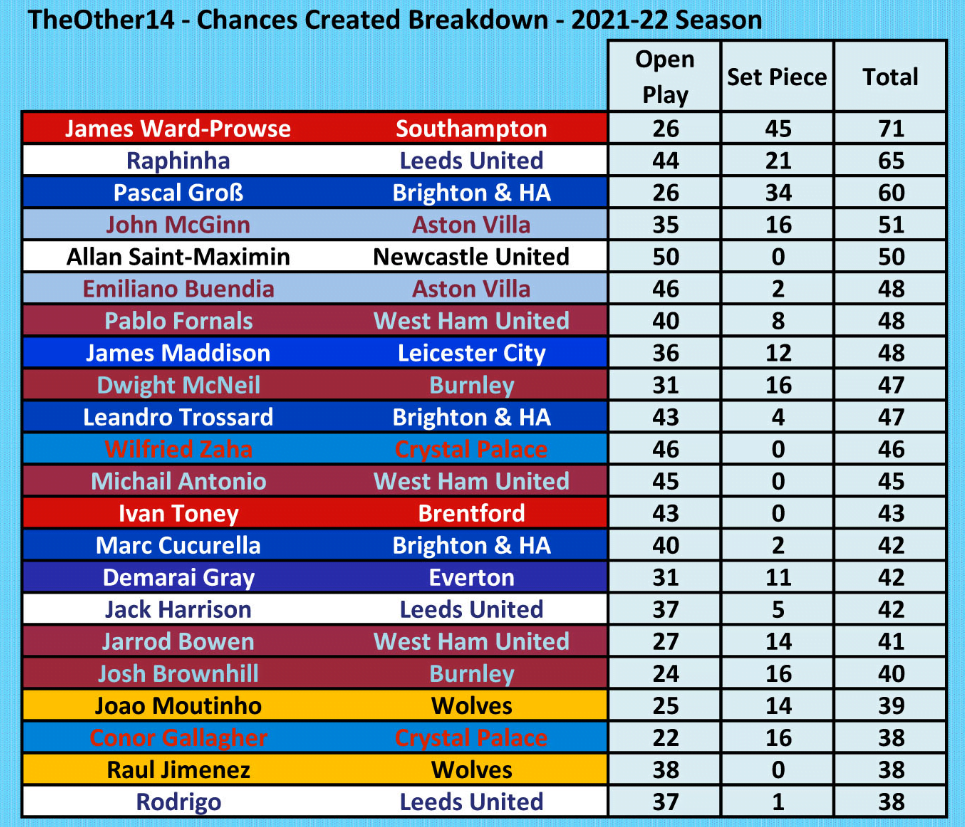 As you can see, when it came to creating chances in open play (not including set-pieces), Allan Saint-Maximin is at the very top of the tree, having created 50 chances.

When you compare that to the 2,811 minutes he has spent on the pitch, it averages at once every 56 minutes ASM created a chance this past season.

With Bruno fully settled, Wilson and Trippier back fully fit, the likes of Burn, Joelinton and others in the team, plus more quality brought into the team this summer, I’m sure we will see Allan Saint-Maximin flourish in a better quality more attacking team next season.