The blind eye the football community turned to the brattish comments of Jack Grealish last weekend, is a damning indictment of how normalised such grotesque behaviour has become.

For those that missed it, Jack Grealish celebrated Manchester City’s title success by teasing teammate Riyad Mahrez, a moment caught on video and posted online, Grealish referring to the performance on the final day of the season when Man City came back to beat Aston Villa 3-2…’Riyad (Mahrez), take him off the pitch, as soon as possible. He played like (Miguel) Almiron.’

There are so many levels on which critics could hit back at Grealish and Newcastle supporters took to social media in their droves to do exactly that.

You could point to the very comparable contributions and outputs of the two players across the last season, despite the fact Grealish was surrounded by superstars, while Almiron’s team finished 10 places lower in the league and won fewer than half as many games.

Perhaps you would highlight the fact that, in stark contrast to the nauseating Jack Grealish, all three of Almiron’s managers at Newcastle – Rafa Benitez, Steve Bruce and Eddie Howe – have described the Paraguayan as the consummate professional. 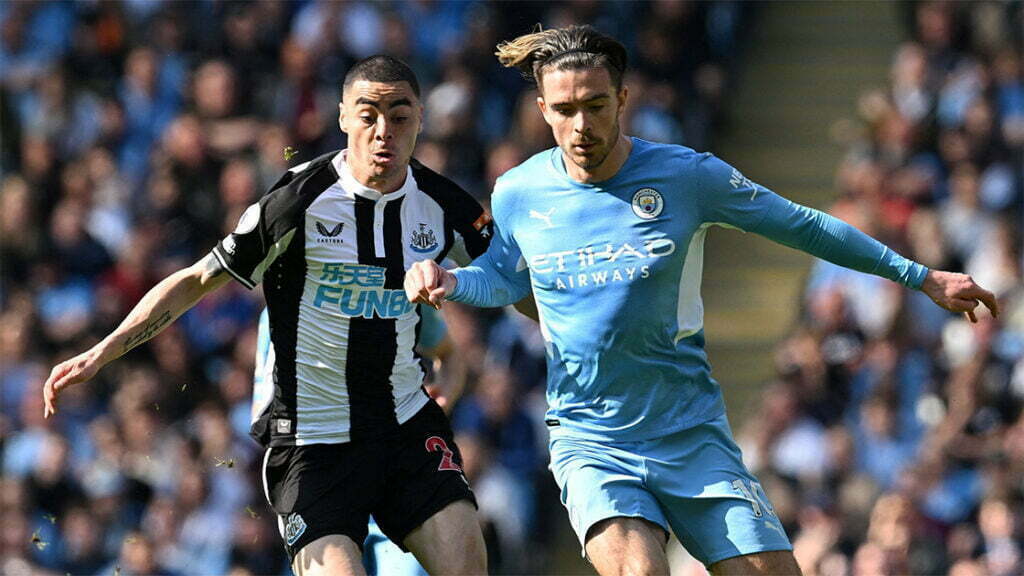 Or you could compare their international pedigree and quickly find that Almiron has made twice as many appearances for his country than Jack Grealish has for England, also scoring four times as many goals in the process.

Any of those points are easy to make and have been done to death to a greater or lesser extent, in the social media discussions prompted by Grealish’s lairy, binge-fuelled outburst.

While supporters have had their say, though, of much greater concern has been the deathly silence from the powers that be.

Can you imagine any school or youth club where aggressors aiming unprovoked attacks on others, with it then shared on social media, would face no consequences for their actions?

In other worlds, such as in the playground, it is called cyber-bullying.

I don’t suppose for a moment that Almiron has enough respect for Grealish to cry any tears after becoming the butt of his pretty awful joke, but there is a serious issue at play here.

Whether or not he is mature enough to realise it, Jack Grealish is a role model.

And not just to the Aston Villa, Manchester City and England supporters who have followed his progress, but for the countless impressionable youngsters on grassroots pitches across the land, sporting under-sized shin pads and asking their parents to let them have floppy hair.

It is simply outrageous that an adult in that position is allowed to not just endorse but actively celebrate what would be described as bullying in any other setting, and to get away with it.

Yet if Guardiola was half the man he’s painted to be, he would surely have hauled Jack Grealish over the coals for his show of utter disrespect to a fellow professional.

Grealish should have been made to apologise by the club and the club should have followed suit by distancing themselves from his remarks and making a clear statement deploring cyberbullying.

Responsibility for calling out Grealish’s behaviour shouldn’t have ended there – England manager Gareth Southgate should have been quick to make clear that he didn’t condone his actions either.

Instead, two days after making the comments, Jack Grealish was called up to Southgate’s England squad.
Again, what message does that send to youngsters who had seen a croaky-voiced, drunken Grealish belittling another player, then rewarded with a call-up to represent his country?

The Foxes’ midfielder has scored 18 goals in 53 games in all competitions for his mid-table side this season, compared to Grealish finding the net three times in 26 matches for the champions.

Yet Maddison has not played for England since November 2019, which most commentators attribute to a night out he had at a casino after pulling out of another international match a month earlier.

If Maddison warrants two-and-a-half years in the international wilderness for his indiscretion, despite being in the form of his life, then surely Southgate can’t justify just carrying on regardless with Grealish.

For those who think taking Grealish’s drunken antics seriously would be an overreaction, there is a very worrying side to this and a real-life reason why such shameful role modelling must be called out. 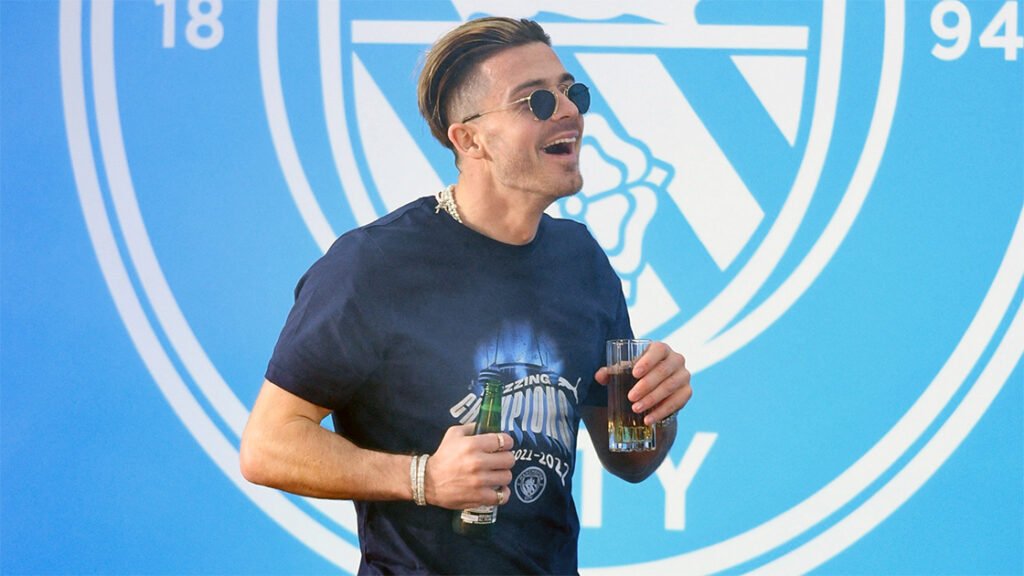 According to anti-bullying organisation Enough Is Enough, 40% of cyberbullying takes place on Instagram – the very same platform on which Grealish showed off his trolling skills.

Science Daily and Research Gate jointly reported that victims of cyberbullying were almost twice as likely to attempt suicide, while Cyberbullying.org reports that 36.5% of children aged between 12 and 17 have been on the receiving end of it.

What we saw earlier this week doesn’t fit into those categories, as it was one adult attacking another, but I return again to the same point around footballers acting as role models and setting the right example.

That Jack Grealish failed to do that is bad enough. That his club, his team manager, international manager and the whole football community has decided to ignore it, is unacceptable.