With Newcastle United rumoured to have a basic summer transfer window budget of anything from £60m to £100m+, there are some high profile names being thrown about, with Sven Botman once again claimed to be a target after the initial interest that was shown in January.

I don’t believe the articles citing Newcastle having a £60m transfer budget, I believe this is a clever tactic from our new ownership to lower expectations of selling clubs, in an effort to reduce inflated transfer fees. I call it the reverse Oliver Twist technique.

So should Newcastle United be doing all they can to sign Sven Botman?

Firstly, let’s dive into the detail and comparison to existing CBs to determine how much closer Sven Botman would move Newcastle United up the premier league table, as we dream of a Europa league qualification spot next season.

Aged 22 and standing at almost 6’5, Sven Botman is an imposing figure in the centre of defence. Being 78% left footed, Sven fits well as a left sided ball playing centre back that Eddie Howe likes to deploy in a 4-3-3 system, able to play quality long balls either side of the pitch to marauding left (potentially Lodi) or Trippier (right) when Newcastle are in possession of the ball.

A transfer fee likely to be in the region of £40-50m it was claimed that Sven Botman wanted to join the Newcastle project in January, so if United are still interested, potentially the only remaining issue is likely to be the heavy rival interest from AC Milan. 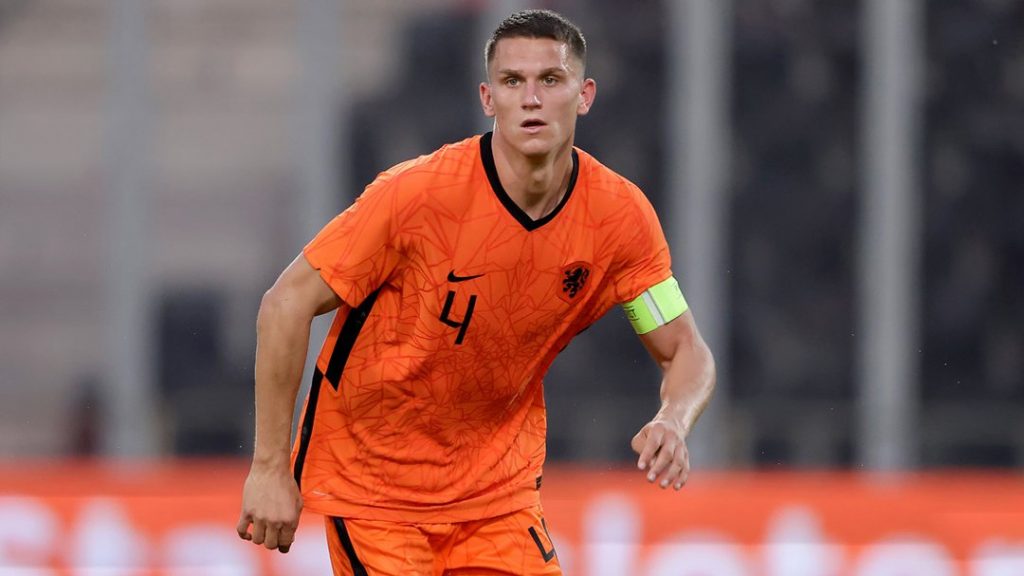 Another Ajax youth team success story, Sven has clear quality on the ball, is able to pick a pass, calm in possession and an aerial threat on set pieces, with three goals in 25 Ligue 1 appearances this past season. Sven Botman started this season in great form for Lille, playing well in both the Champions League and French domestic league.

Sven’s play did suffer a slight decline post-January transfer window, possibly 22 year old’s head was turned by the idea of pastures new. Though he has also had to cope with a couple of injuries as well this season, which restricted him to just the 25 league appearances, as well as those in the domestic cups and Champions League.

Comparison between Sven Botman and Newcastle United’s centre back pairing of Dan Burn and Fabian Schar:

With most premier league teams adopting a high press tactic to win back possession, the ability to pass accurately from the back is arguably one of the more important skills for a modern day centre half. Even with the significant improvement under Eddie Howe, both Burn and Schar have clear deficiencies in this stat.

One could argue that this is due to the lack of squad quality and passing ability, however it is an obvious need that needs to be addressed this window if we want to have any chance of achieving the goal of Europa league qualification.

Under Eddie Howe, one of the reasons Newcastle United had such a stellar campaign in the second half of the season was the pairing of Schar and Burn in the heart of the Newcastle defence. 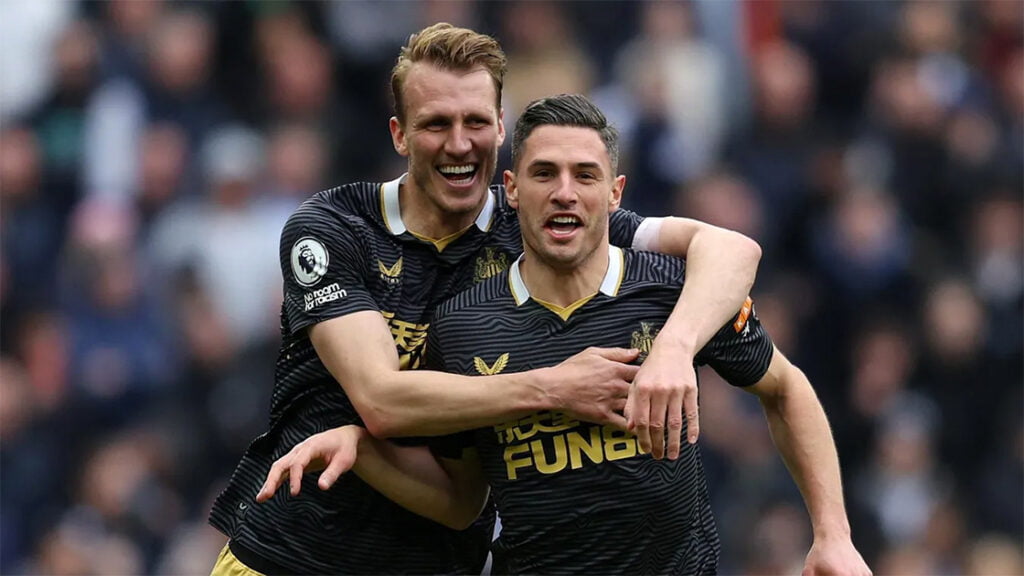 Schar is terrific at anticipating and intercepting the ball and is a positive in helping towards Newcastle United’s threat in the attacking half.

Burn excels as a towering aerial defensive threat and excellent on aerial clearances. Dan scores highly in blocks and clearances and let’s be honest, was a stellar signing, adding security to a shaky defensive line under Steve Bruce that led to the turmoil and the humiliation of being bottom of the table.

What else needs to be addressed?

Let’s take a look at passing completion, an eyesore in the early part of this season:

Firstly, a concerning and surprising stat, Newcastle played the least progressive passes this season out of any team in the premier league. Something that will need to be addressed.

Sven Botman currently plays in Ligue 1 so we should take all statistical measures with a pinch of salt, they are however indicative of what we can expect a potential significant improvement next season.

Finally, Botman excels where Burn and Schar lack. He has a pass completion rate of 89% which would rank him 26th overall in the premier league, a vast improvement over Burn and Schar (80% and a woeful 71.1% respectively). Sven is more of an offensive threat than Burn, however is a slight downgrade in defensive clearances and heading.

Sven Botman is 22 years old and allowing plenty of time to develop the weaker areas of his game and under the tutelage of Howe, we would see an improvement in those areas.

The Newcastle backline that was exposed in the Tottenham and Manchester City games, our lack of pace and agility in the back line. Holding a high line when in possession this is an important tactic in the modern game – at least one of your centre backs has to have strong recovery pace in the modern game. Both Schar and Burn fail the eye test on this front. Sven Botman is an absolute speed demon.

Addressing the passing completion rate of the team, speed and ability in the back line are glaringly obvious weaknesses of this Newcastle team. There is a strong argument for a mobile defensive midfielder to pair with Bruno Guimaraes in the centre of the park for availability to improve the pass completion rate, however, the first call to action has to be a defensive pairing for the future.

Big Dan Burn has been a fantastic addition and slotted perfectly into a LCB position under Howe. As a club we have to keep him at the very least for cover. 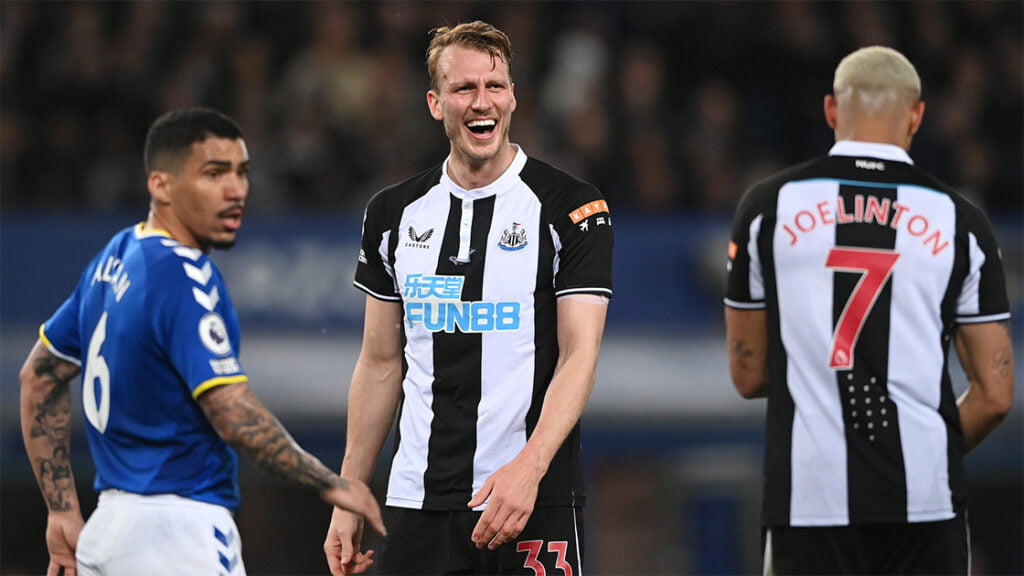 Sven Botman would be a fantastic addition and significant improvement within the squad. slotting in and starting at the LCB position. With the potential to be much better and quite similar to a Matthijs de Ligt or Raphael Varane.

I want to see Newcastle challenging for Europa league next season, I want us to get back to the Sir Bobby Robson / Alan Shearer days and players like Botman will be key to getting this great club one step closer to our former glory days.

If there is a big enough budget to buy two central defenders and he is available at what Newcastle see as an acceptable price, then I think we should sign Sven Botman in this summer window.

However, the right side of the central defence needs strengthening more than LCB, if there is only enough budget for one CB and to keep squad harmony, then I believe Newcastle should prioritise a new right sided central defender to pair with Dan Burn and look at a LCB in the next few seasons.