These how it was when it was articles seem to be well received so it is time to revisit Roker Park again, this time it is a midweek Sunderland League Cup tie on 29 August 1979.

In those days, it has to be said Newcastle owned the area in and around Roker Park on Derby days, pubs were rammed with Black and White and quite frankly there was nothing our Wearside friends ever did except suck it up, years later when their Seaburn Casuals became active this sort of stuff was all but finished in and around football grounds.

So, back to 1979 and it is a school night, so nicked off in the afternoon, got changed, off to the central station, avoiding the notorious Forest Hall wag wife and off we go.

Being a midweek game, it is fair to say the numbers in the station were fewer, so it was a fairly quiet train that left the central station at about 4.45pm heading to Seaburn. In those days, all day drinking was not possible, so maybe the older hardened drinkers were coming on a later train.

Anyway, we get off at Seaburn about 5.15 only to find Northumbria’s finest waiting at the other end to keep us penned close to the station, numbers were few, maybe about 30 or 40 of us, it was a nice night so we sat on the wall enjoying the sunshine, entertaining ourselves by irritating the police. You know the sort of thing, the Laurel and Hardy tune and taunts about their inability to catch the most infamous of murderers who was very prominent at the time, a murderer who was also being assisted by a resident of Sunderland by misleading the police with various tape messages and hand written notes, suffice to say you can refer to Sunderland as Humbletown (thanks Bazoo) if you want to. 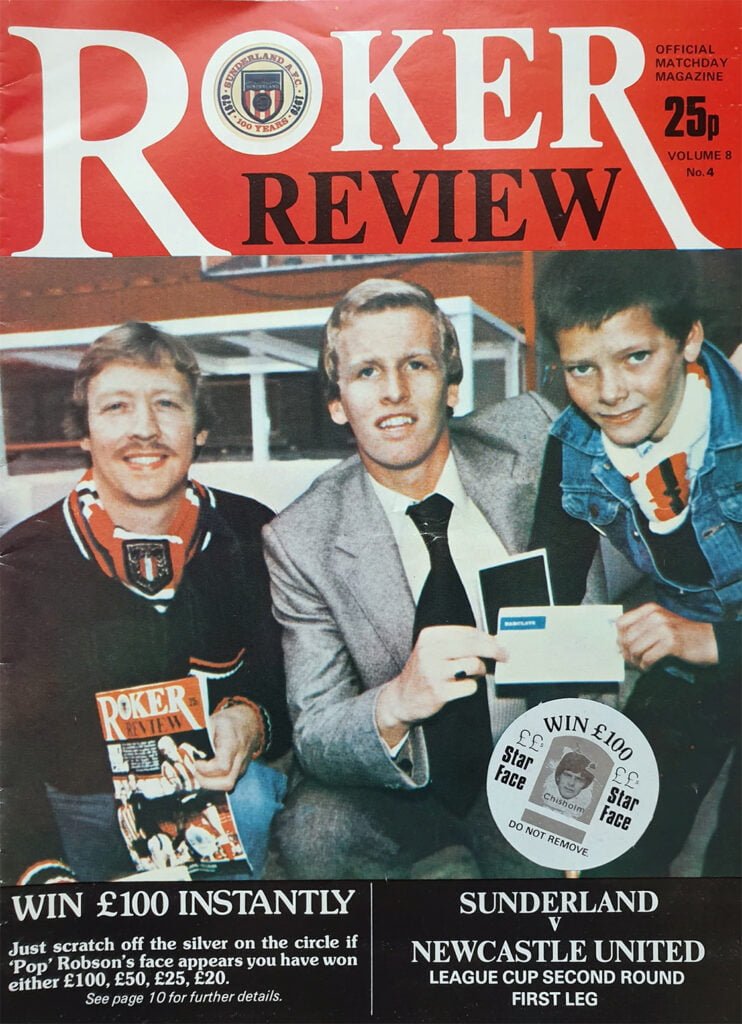 Anyway, I digress, as we are sat there I looked up the hill and for once quite a large number of Sunderland fans were heading our way, police numbers were still few so nobody really moved but the words your ‘gonna die you black and white scum’ was heard as they walked by without barely a pause which of course gave us the giggles. Giggles that were to be amplified as moments later the same group and a few more sprinted back toward us with a huge number of our lot in pursuit, they made the mistake of passing the Bluebell where the car park was rammed with Newcastle fans waiting for opening time, of course this time they were not so mouthy as they scattered everywhere when we blocked their path (the police had thinned out to try and prevent trouble, too late as one or two were caught and dealt with).

At the same time, a train came in from Newcastle and it was rammed to the rafters with more Newcastle fans and all control was lost, back up was called for and duly arrived but once again the Bluebell and the surrounding area was overran with Newcastle fans intent on having much merriment while causing much chaos.

Digesting again it has to be said that the two league cup ties were poorly attended, the game at Roker Park attracted only 27, 746 fans for a midweek match ,of which some 8,000 were from Newcastle. Roker Park in those days still held 50,000 plus but it was barely half full in the home ends, the return fixture at SJP attracted a slightly bigger attendance of 30,533, I think SJP at that time held about 37k so it was another disappointing crowd, however, Sunderland were very short numbered for this fixtures, only about 1,000 made the journey from Wearside. The miniature Leazes end centre section was their limit, the second game passed without any major incident if memory serves me correctly.

Anyway back to the Bluebell and the previous season’s police tactics of containment seemed to be the order of the day, but as each train came in, more and more disorder took place. At about 7.15 the slow walk to the ground was had, massive numbers walking without any real escort, streets were blocked as this mass of people edged toward Roker Park. When you are 15 years old it is noticeable just how many serious headcases followed Newcastle in those days, this was pre-Gremlins /NME Bigg Market Bender squad at its peak. The road to the Fulwell End was totally blocked so a repeat of the season before was avoided but we still had to pass the Sunderland side of the Roker End and of course their queue was duly dispersed to the four winds.

The game itself was decent, Sunderland scored early through Wilf Rostron, while Newcastle although threatening did not look like scoring, 73 minutes in and ex Newcastle hero pop Robson adds a second. The sight of a joyous Roker Park was too much for some, as a number of Newcastle fans fought with police in an attempt to get at the Sunderland fans to our left. Fortunately, Newcastle responded quickly as Ian Davies rifled one in from about 10 yards out just a moment or two later, attention turned to matters on the field as Newcastle poured forward in an attempt to get an equaliser and just a few moments later a cross comes in from the right and the smallest Newcastle player on the pitch, Peter Cartwright, heads home right in front of us, cue bedlam on the terraces and a mass exit of home fans.

In the last five minutes Newcastle could and should have scored again but it was not to to be, but never mind, after being 2-0 down it is always satisfactory to salvage a draw.

Full-time whistle is blown and the usual locked gates prevent an easy exit, but of course not for long, as they are forced open and mayhem ensues as Newcastle fans head in all directions. We were going by train but it seemed the police were intent on making sure Newcastle fans avoided their Sunderland counterparts by making them head toward the sea front initially, the New Derby pub lost a few of it windows while those inside looked on in shock, there was chaos everywhere, but I had seen it the season before and it was the norm in and around Roker Park. 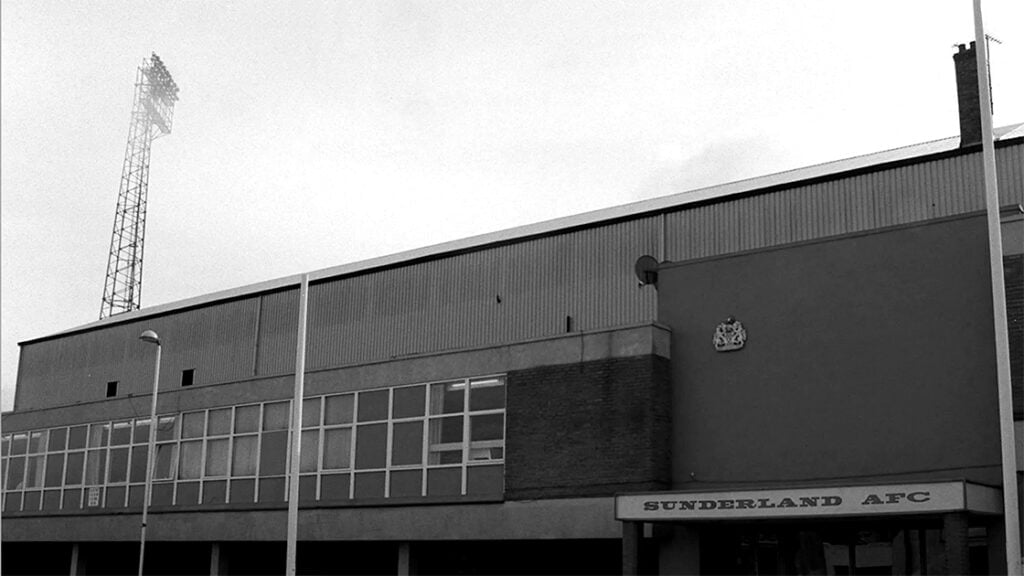 At Seaburn station there were more chaotic scenes as the few Sunderland fans who had arrived by train were chased away from the station, the police had zero control – which to be fair they never did. Somehow, most were forced onto the trains and those that used the football special type of train will remember what they were like, cattle trucks is the best description and of course carriages were wrecked, emergency chords were pulled at every station as a 30 minute journey took about an hour and a half.

Am I glorifying football violence? Not at all, but it is really how things were and I was only on the periphery of it all. Much has been written by the likes of Cass Pennant (WHUFC) and others, the Chelsea Headhunters were supposedly notorious, as were others like Millwall and Portsmouth etc, but for me our lot were the worst (or the best). Don’t get me wrong, I have been too close to the wrong side, Stanley knives in Stanley Park and West Ham the season after the petrol bomb are particularly scary memories, Chelsea and their headhunters ‘bravely’ ambushed innocent Newcastle fans outside the Farmers rest back in the day, a serious attack with knives that could have resulted in fatalities, I don’t remember our lot ever using knives!

So no, I am not glorifying football violence, but it is how it was when it was back in the day.

Now my journey through time has loads of places to choose from for my next memory, could it be Barnsley where the locals were always game, maybe Stoke in ’95 where innocent families were caught up in it, maybe it could be Derby in 1982 where a prominent Newcastle fan exited a pub via the window (not by choice), those that were there saw so much that writing a book would be impossible.

Have a great week.