After this weekend of matches, which included Newcastle United’s defeat to Liverpool, the rankings have now been updated.

As you can see, despite this defeat to Liverpool, Bruno Guimaraes only drops one place to third. The Brazilian was (in my opinion) easily Newcastle’s best outfield player. As for Martin Dubravka, with only one goal conceded in the previous four matches, he was excellent on Saturday and MOTM for me, the keeper moving up twenty places to sixth in these Sky Sports form ratings. 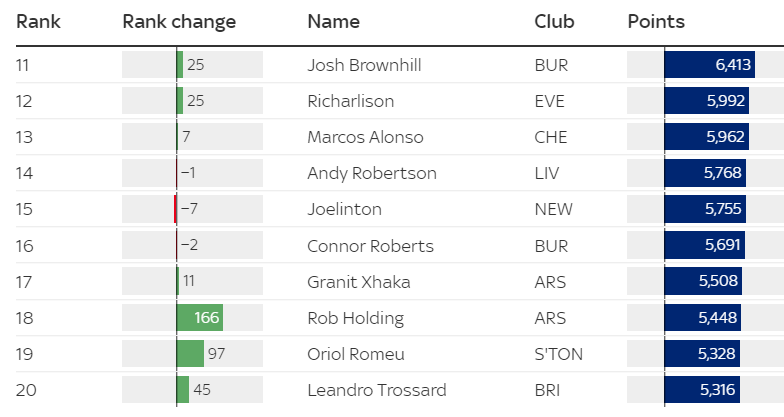 You then have Joelinton staying as high as 15, dropping only seven places after his own personal display against Liverpool.