Ahead of this tonight’s game, this (see below) is how the Premier League form table looks ahead of Newcastle United taking on Arsenal.

Eddie Howe looking to get back to winning ways after Liverpool and Man City ended a run of four victories in a row. 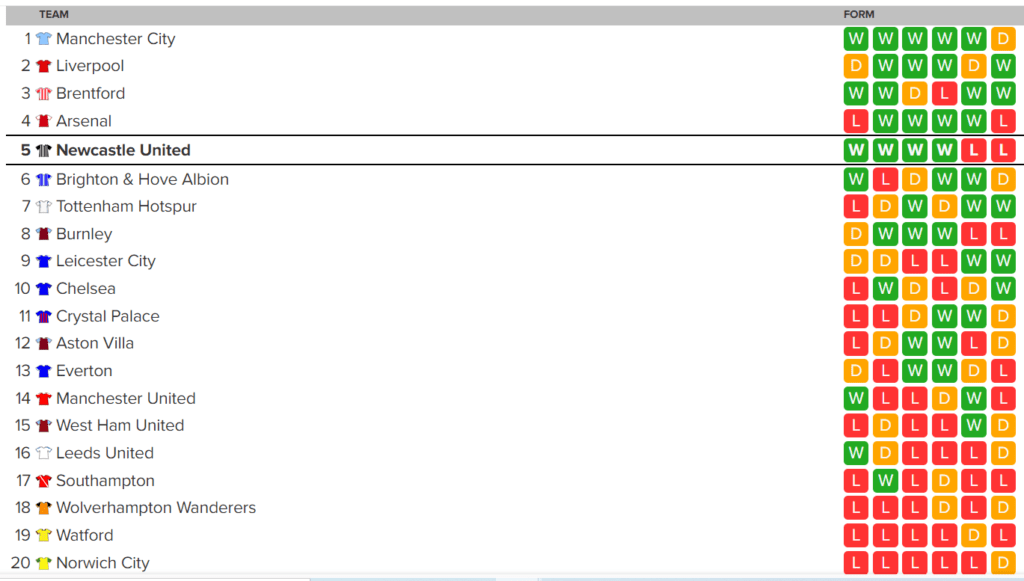 The last six results for Arsenal with very latest one listed first:

This is how the Premier League table currently looks on 16 May 2022 ahead of tonight’s match: 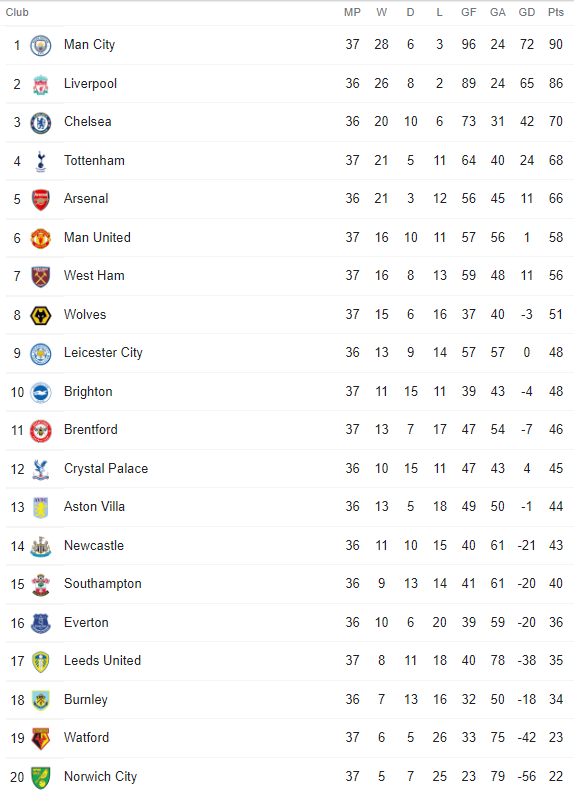 Arsenal are fourth in this form table, with exactly the same record of four wins and two defeats.

Extending that Premier League form table and look at all games since the turn of the year, both clubs have played 17 PL matches, Arsenal with 10 wins and one draw, whilst Newcastle United have picked up one more point in 2022 via 10 wins and two draws.

Of course, the Gunners didn’t start the season with Mike Ashley and Steve Bruce in control, accounting massively for the nine places and 23 points that separate the two clubs in the full Premier League table. In their opening 19 games of the season Arsenal accumulated 35 points, as opposed to 11 for Newcastle United.

In their last 12 Premier League games, Arsenal have conceded two or more goals in six of them and haven’t kept any clean sheets in their last eight league games.

In contrast, Eddie Howe has done wonders in sorting out the defensive mess he inherited, only twice in the last 18 matches have Newcastle let more than one goal in, whilst NUFC have three clean sheets in their last six games.

Newcastle United may have a woeful record in recent years against Arsenal, but despite the points difference shown in this season’s Premier League table, the two clubs meet with very similar form over almost five months, with actually Eddie Howe’s players just edging it. It would be daft taking anything for granted BUT this is not a game where Newcastle fans should go into it believing that a defeat is in any way inevitable. Indeed, under Eddie Howe, it is only the two best teams in the world who have beaten Newcastle in the Premier League at St James Park and Arteta’s Arsenal are 20 and 24 points respectively behind Liverpool and Man City, so no reason why NUFC can’t have a real go at ruining Arsenal’s Champions League hopes tonight.