Ahead of Sunday’s game, this (see below) is how the Premier League form table looks ahead of Newcastle United taking on Burnley.

Eddie Howe having got back to winning ways with Monday night’s dominant win over Arsenal which has raised the possibility of United still potentially finishing top half, if NUFC win AND the Brentford and Brighton results go the right way as well. 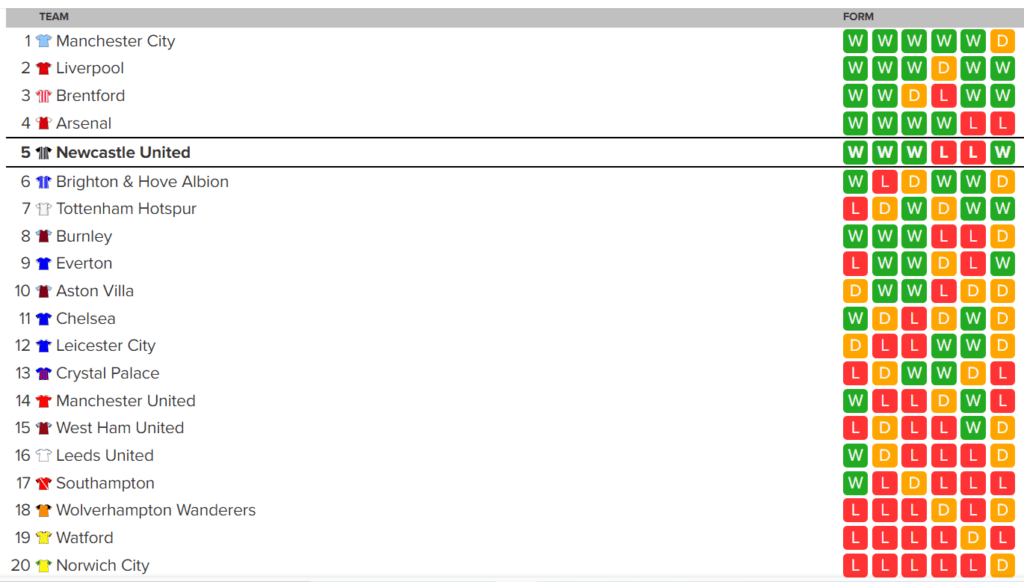 The last six results for Burnley with very latest one listed first:

This is how the Premier League table currently looks on Saturday 21 May 2022 ahead of tomorrow’s match: 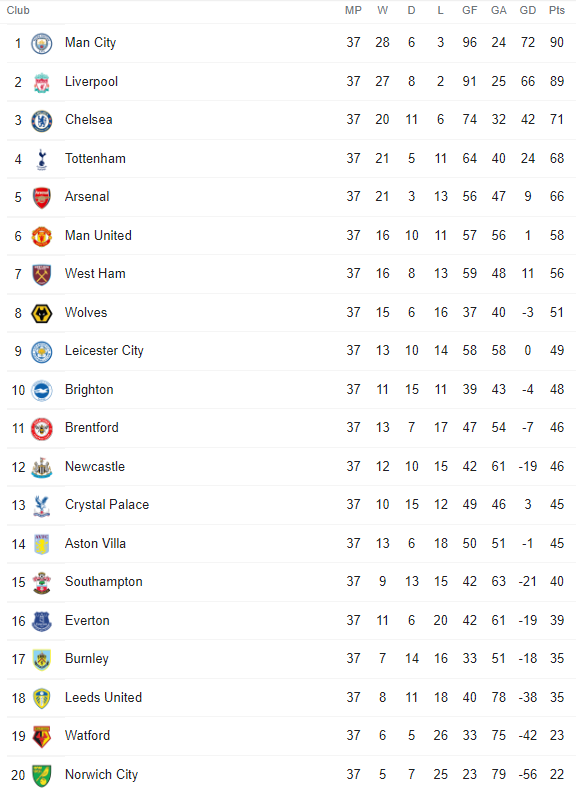 This matches exactly Arsenal who are fourth in this form table, with the same record of four wins and two defeats.

As for Burnley, they are eighth in this Premier League form table, with three wins, two defeats and a draw, giving them ten points.

The three wins in a row looking to have set Burnley on their way to the brink of safety, only for one point in the next three games to leave on a last day mission.

Ahead of Leeds on goal difference, only a win for Burnley would leave them safe for sure, otherwise potentially relying on that result from Brentford.

Interest when you extend that Premier League form table and look at the last 17 PL matches.

This showing just what a massive journey Eddie Howe has taken Newcastle on, in such a short space of time.

These are the current top 12 clubs in the Premier League, with the number of points from their last 17 games first, then afterward the results they have had:

As you can see Eddie Howe’s Newcastle have won more points (these past four months / seventeen games), many more in many cases, than all in the top twelve, apart from the current best two clubs in the world.

When it comes to the last 17 for Burnley, it is a case of Won 6 Drawn 3 Lost 8, generating 21 points from those last seventeen matches, as opposed to only 14 points from their opening 20 PL matches.

When it comes to their relegation rival Leeds, their last seventeen have seen Won 3 Drawn 4 Lost 10, picking 13 points.

Little doubt that Burnley have been in far better form than Leeds in the second half of the season but the two relegation candidates meeting two real in form teams in Brentford and Newcastle United, neither of whom are suggesting they are already on the beach.

A very interesting final day of the season awaits.