It is astonishingly easy for some Newcastle United fans to quickly forget.

When circumstances take a turn for the better, or worse, these NUFC supporters struggling to keep things in perspective.

Never mind over the course of a series of matches, the Newcastle United fans in question able to do this from one match to another, or even from one half to the next!

It has been almost entirely media driven this past week and a half, though some fans have joined in, this idea that somehow losing to the best two teams in the world (Liverpool and Man City in case you were wondering) is some kind of ‘reality check’ or shock etc. Both defeats entirely predictable and conceding six goals without reply over the course of the two matches also easy to forecast, as the two teams are so good and average scoring three goals a game and have kept 41 clean sheets between them so far in this Premier League season.

Anyway, I want to take you back in time, just over five months. Which I know might feel like a lifetime for those who find it difficult to remember the last match or even the first half, but everybody try and keep up…

Anyway, on 2 December 2021 I wrote an article for The Mag, 14 Premier League games had been played and Newcastle United still to win a single one. No club in the Premier League era had ever survived, when not winning any of their first 14 matches.

Eddie Howe had came in and instantly got the team playing better and looking fitter, with three of his first four games at home to Brentford, Norwich and Burnley, there had been high hopes that the new Head Coach could hit the ground running and pick up two or three victories in what were clearly very winnable games. Or at least they had to be so, if Newcastle were to have any chance of surviving.

Far better team performances but undermined by individual errors in these early matches. What should have been a comfortable win over Brentford became a 3-3 after Karl Darlow gifted two goals, match officials helped to ensure then a predictable 2-0 defeat at Arsenal, before then Ciaran Clark picked up the daftest of red cards in the opening stages at home to Norwich, only for Callum Wilson to give 10 man Newcastle a 61st minute lead BUT this time Martin Dubravka gifting a late equaliser.

Four crucial dropped points in what had been termed ‘must win’ by most, Eddie Howe doing so many things right in the preparation BUT impossible to legislate for these kind of very avoidable individual errors.

So anyway, back on 2 December 2021 after that latest Norwich catastrophe, I wrote and The Mag published my article laying out a route to still potential survival.

Well, looking back on it today, it is very much a case of Nostradamus strikes, even if I say so myself.

After 0 wins in 14 I said Newcastle United had to win these 9 of last 24 PL games to avoid relegation, this is part of that article just over five months ago…

‘Last season, the presence of three feeble teams at the bottom meant that a ridiculously low 29 points ensured safety for sure, Fulham ending up third bottom on only 28 points.

This season I just don’t see this happening.

Looking at that current Premier League table, Watford are fourth bottom and averaging almost a point a game. 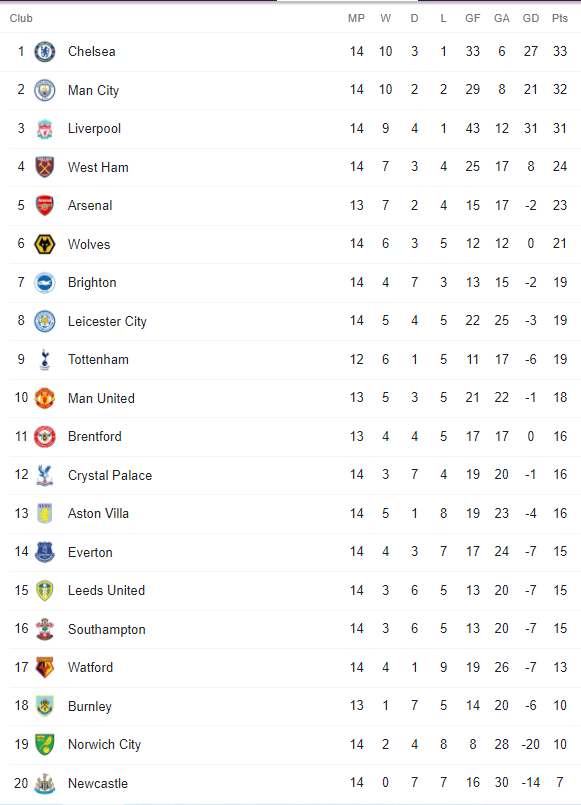 So over a 38 match season, I think we are very likely looking at around that 37 or 38 points mark to pretty much guarantee safety in 2021/22.

At the moment, Newcastle United are averaging 0.5 points per game, which if continued, would see them finish up on 19 points, some 18 points behind my predicted safety mark.

With 24 Newcastle United matches still to go, we need by my reckoning another 30 points to get us up to 37 points, so how can it be done…potentially?

Well, I think that you are always going to pick up a few draws regardless, so that leaves Newcastle needing eight, probably nine wins, to get up to a 37 points likely safety level.

Looking at the nine most winnable games (in my opinion), we have:

I think that if Eddie Howe gets the team sorted, then Newcastle are capable of winning any of these nine matches, no surprise that most (seven) of the nine are at home.

Of course, winning all these nine most winnables, is very unlikely.

So I would add these extra next five on the list to make it 14 Newcastle United matches that it is realistic we could get all or at least most of those nine wins from, if luck and ability is with NUFC:

Well one thing I got right for sure, this time twenty something points was never going to get you safe. Indeed, with three games still to play, Leeds are 18th and Burnley 17th and both on 34 points already, whilst Everton are 16th on 35 points (they have four games remaining).

When I talked of the nine most winnable that Eddie Howe and his team had to target, a quite remarkable return with the head coach winning an astonishing eight of these nine games – Burnley (H), Watford (H), Crystal Palace (H), Norwich (A), Villa (H), Everton (H), Brighton (H), Wolves (H), Leeds (A) – plus only poor individual mistakes by Almiron and Lascelles allowed Watford their last gasp equaliser, or else it would have been nine out of nine, still, 25 points out of a possible 27 was remarkable.

When it came to the next five most winnable (in my opinion), almost the exact same story. Those five matches identified were Burnley (A), Southampton (A), Leicester (H), Brentford (A), Everton (A) and Newcastle won three of the four played so far (still Burnley away to come) and should have won at Everton as well, wasting their chances and then the scouse mackems scoring deep into added time with their first serious threat on goal.

Whilst I am drawing attention to my article back in December 2021 when Newcastle had won 0 of 14 and were staring at certain disaster and claiming some credit for pointing out how NUFC could still survive, the actual achievement of actually completing this survival route in such spectacular style, is absolutely down to Eddie Howe and his coaching team, along with the NUFC players. Out of those identified essential matches, to win 11 and lose only one of the 13 played so far, is phenomenal.