I think fair to say Bruno Guimaraes can be counted as a success story so far at Newcastle United.

With seventeen Premier League appearances so far, seeing the 24 year old help NUFC to eleven wins, one draw and five defeats. That is 34 points from the 17, compared to Newcastle picking up 15 points in their other 21 PL games where he wasn’t involved.

It isn’t just on the pitch either, as Bruno Guimaraes has proved a real hit with fans, especially on social media with his interaction.

Basically, it looks like the former Lyon midfielder loves being at Newcastle United and for the fans the feeling is definitely mutual.

So what could go wrong?

Well nothing really, at least not in the near future, apart from the usual with all players of picking up a bad injury etc.

When it comes to form, Bruno Guimaraes certainly looks to be on an upward curve in that respect, getting better and better. Having made the transition from club football in Brazil to European football in France at Lyon, now effortlessly making the step up to the Premier League with a helping hand from Eddie Howe who had the guts and integrity to let the player adjust before eventually starting games from early March.

No reason to think this upward curve in terms of form won’t continue, gradually getting more and more time on the pitch for Brazil, every chance he could be in their first team when the World Cup finals come around in November. 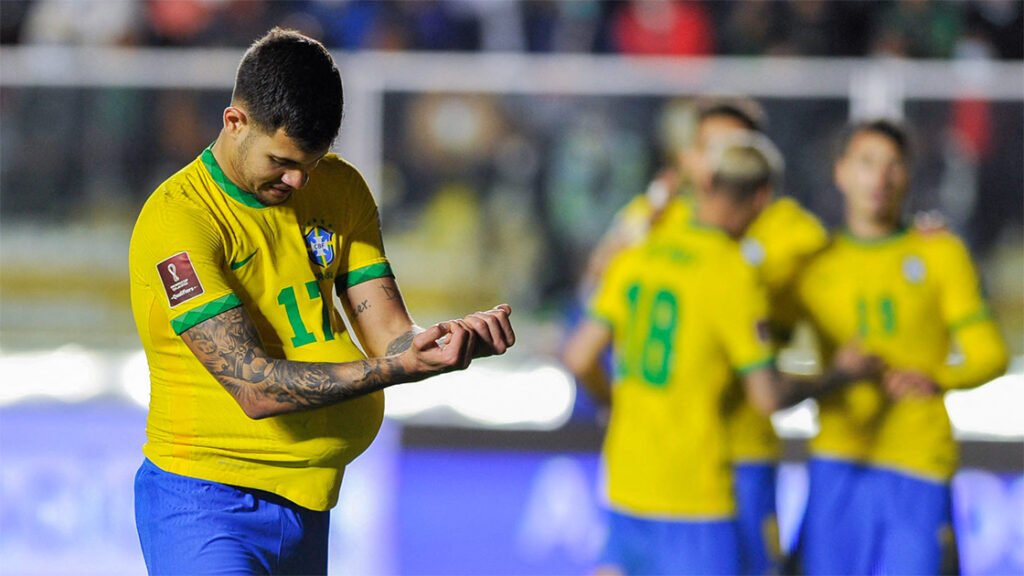 The problem as I see it, is when I see Newcastle United fans talking about it being a slow build under these new owners. Happy to be top ten next season (2022/23), then top eight in 2023/24, before potentially top six in the 2024/25 season.

Now I am not talking about expectation and / or entitlement, I don’t think we have guarantees of any level of even relative success. However, I think that we have to be realistic if we are talking about keeping hold of the likes of Bruno Guimaraes and indeed other players who may arrive in the near future.

If say for example you were talking about 2024/25 seeing Newcastle United finally back top six, that would also mean NUFC  back in European competition again at long last in the Europa League. Three months into that following 2025/26 season Bruno Guimaraes would be turning 28 and looking forward to playing at hopefully his second World Cup finals once that season ended. After that 2028 World Cup he would have just another year or so before he was in his 30s.

No need to panic just now and I have absolutely no doubt Bruno Guimaraes isn’t looking to move as things stand BUT in the real world, we have to accept we need Newcastle United to grow rapidly to deal with the dreams and expectations of a Bruno Guimaraes.

If you don’t believe me, look at what the man himself said after signing for NUFC.

“We are going to be a club with big power in world football.

“The owners were very up front [when we had talks], that this season the idea is to stay in the Premier League.

“I’m very happy and I’d like to thank the fans for their affection and all the messages they sent me.

“I hope we can have a great second half of the season.

“I’m really excited, it has always been my dream to play in the Premier League.

“This is a club with a fascinating project, great tradition and passionate fans.

“I’m 100% focused on doing my best and my objective [this season] is to remain in the Premier League, we know it is difficult, but we have a really good team and we have made some good signings this season.

“I’m aiming to go to the World Cup [in Qatar in November / December] and fans can be rest assured that I will give my all on the pitch.

“It is very very beautiful this stadium [St James Park] and I am very happy to be here.”

Part of the attraction for a 22 year old Bruno Guimaraes when he signed mid-season for Lyon in January 2022, was that the French club had already qualified for the knockout stages of that season’s Champions League.

Bruno Guimaraes helped Lyon beat Juventus 1-0 at home to go through to the quarter-finals, then with Covid leading to one match rounds with all games played in Portugual, Bruno and Lyon then beat Man City to go through to the Champions League semi-finals. The now Newcastle United player seeing his dream only eventually end that season when he started against Bayern Munich and Lyon lost 3-0, the German club going on to win it.

The first half of this season saw Bruno Guimaraes also in European action, this time the Europa League, including a 2-0 group game win at Ibrox against Rangers, Bruno getting an assist for the first goal.

Interesting to look back and see what the situation was at Manchester City with their takeover and when they were able to offer European football to help tempt the best possible players to come.

As well as the luck of their 2008 takeover, they had incredible look to help launch their initial search for new players. The season (2007/08) before Sheikh Mansour bought Man City, the team finished ninth in the Premier League BUT qualified for the Europa League due to Fair Play stats!

So European football was on offer to signings in that summer 2008 window and Man City actually got to the quarter-finals of the Europa League in Sheikh Mansour’s first season, even though they only finished tenth in the league.

The rest of course is history, Man City fifth in 2009/10 and qualifying for the Europa League (only lost out on fourth and a Champions League place on final day of the season), then third in 2010/11 and entry into their first Champions League campaign, before 2011/12 they won the Premier League in the fourth season under the new ownership.

We are constantly told that things are a lot tougher now than when Man City reinvented themselves and maybe they are. However, the fact remains that you need regular European football to keep the likes of Bruno Guimaraes happy, preferably Champions League football.

Newcastle United need to grow with him…or lose him. Same with other similar calibre players we may have in our squad in the seasons ahead.

I think if you said to Bruno Guimaraes that as Newcastle United fans we would be happy with tenth next season, he would be totally bemused. He knows it won’t be easy BUT I can guarantee you that our midfielder will be targeting a European place, with seventh in the Premier League an absolute minimum, as that gives you a Europa Conference League place.

Newcastle United aren’t suddenly world beater but despite the nightmare first half of the season before Bruno’s arrival, NUFC only finished two points off tenth place, in eleventh.

Picking up on average two points per game in his appearances, it has been top two / three form with Bruno Guimaraes involved. Two points per match gives you 76 points over a full season, which would have seen you finish second in 2020/21 and third in 2021/22.

Bruno Guimaraes will look back at these past four months, will note Wilson and Trippier now fully fit, as well as expectations of more quality signings arriving this summer….and be relishing this new season coming around. 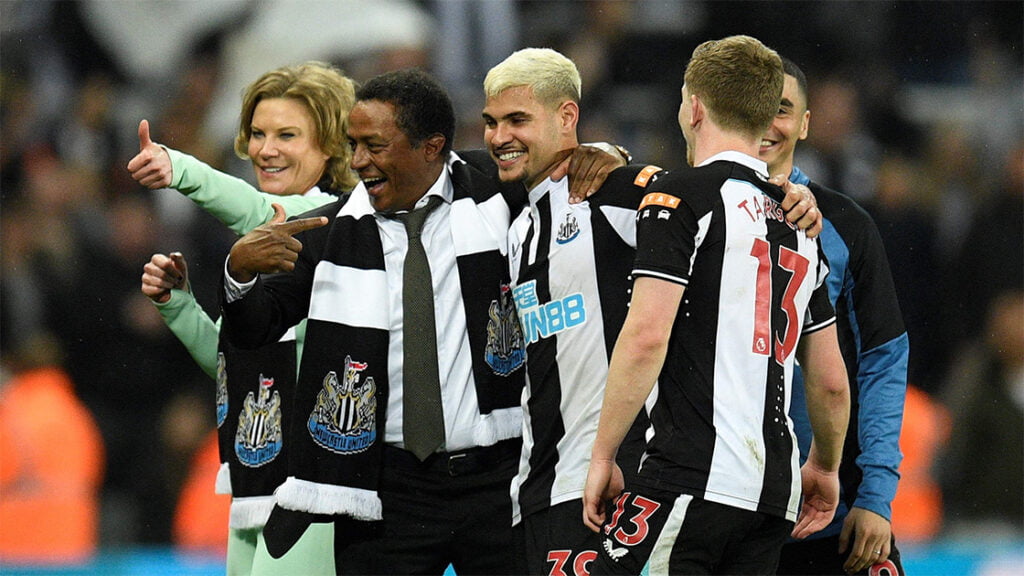 Finishing top seven this season would have meant getting ahead of Wolves, Brighton, Leicester and West Ham, do you really think it is impossible to imagine that being possible this coming season? Likewise, Man Utd and Arsenal aren’t currently the powerhouses of the past when they fought out the title in the days of Arsene and Alex.

Personally, I think we have the next two seasons at most to convince Bruno Guimaraes that this is the place he can fulfil his dreams in club football.

I think as a club and as fans the aim has to be qualifying for European football this coming season and doing everything we can to help try and make that happen.

Kidding ourselves that Bruno Guimaraes would see finishing tenth next season as some kind of momentum building would be laughable.