It is still less than eight months since the new Newcastle United owners completed the takeover.

I say ‘new’ because in the bigger picture, eight months is absolutely no time at all, for the new administration to have been in charge.

Day one of course was 7 October 2021 when the Newcastle United owners were handed the keys to St James Park from Mike Ashley.

An absolutely humongous task to repair 14+ years of neglect, zero ambition for the football club and almost a decade and a half of Mike Ashley using NUFC simply to boost his personal fortune and those others who hold shares in his retail empire.

Fair to say that an awful lot has been said about the new Newcastle United owners since the takeover, not much of it positive, at least when we are talking about the media.

Obviously we knew pretty much what to expect when it came to coverage of the human rights angle due to the 80% ownership by the Saudi Arabia PIF. After all, we had already experienced it for almost two years, since the first reports of this potential Newcastle United takeover, early in 2020.

Much of that coverage is fair enough, though a lot of it isn’t. However, when it comes to the actual running of Newcastle United, I find the vast majority of what the media say, absolutely laughable.

The criticism of the new Newcastle United owners is often taken to ridiculous (nonsensical) lengths…compared to the reality:

Here is a brief timeline of what has happened under the new Newcastle United owners:

Day One (7 October 2021) – Mike Ashley leaves and hands keys to St James Park to the consortium.

Day Thirty Four (9 November 2021) – The Newcastle United owners put another £38.5m into the club in return for just one 5p nominal value share (believed to be cash injection from Saudi PIF and done this way so as not to diminish the 10% shareholdings owned by Amanda Staveley and the Reuben family. The cash injection believed to be going in to help finance the January signings, as well as general running costs). 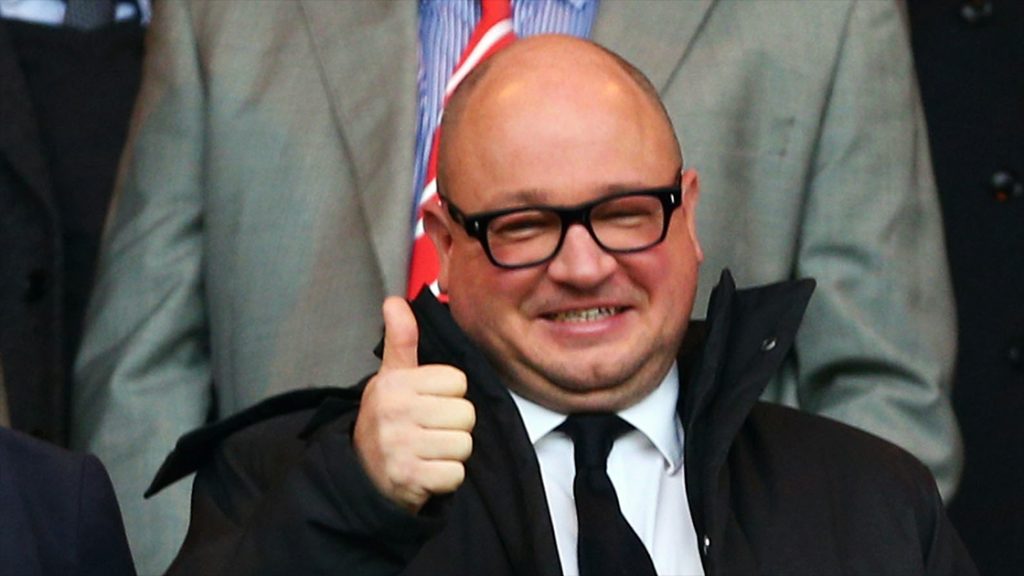 Day Ninety Nine (13 January 2022) – Chris Wood is bought for £25m from relegation rivals Burnley after triggering his release clause, Wood having scored 10+ goals in each of the last four Premier League seasons.

Day One Hundred and Ten (24 January 2022) – The Newcastle United owners put another £40m into the club in return for just one 5p nominal value share (believed to be cash injection from Saudi PIF and done this way so as not to diminish the 10% shareholdings owned by Amanda Staveley and the Reuben family, The cash injection believed to be going in to help finance the January signings).

Day One Hundred and Seventeen (31 January 2022) – Full-back Matt Targett signs on loan at Newcastle, having started 17 of Villa’s 21 PL matches this season.

Day One Hundred and Seventeen (31 January 2022) – The January window ends with at least £85m committed on guaranteed transfer fees and once add-ons are taken into account, more has been spent than all 14 of NUFC’s January windows under Mike Ashley.

Day One Hundred and Twenty Three (6 February 2022) – The Newcastle United owners announce that from now on, they will be paying all staff at least the (higher) minimum living wage, not just the legally obliged national minimum wage.

Day One Hundred and Twenty Four (7 February 2022) – The very highly rated Dan Ashworth resigns from Brighton and after a period of gardening leave, will become Newcastle United’s Sporting Director.

Day One Hundred and Fifty Five (10 March 2022) – After picking up only 12 points in the opening 20 games, Eddie Howe oversees an astonishing turn around. The next seven games having brought 19 points via six wins and a draw, taking NUFC to the brink of safety.

Day One Hundred and Eighty Four (8 April 2022) – Newcastle United reach safety! A 1-0 win over Wolves takes NUFC to 36 points and what turns out to be safety with seven matches still to play, as Burnley end up third bottom on 35 points. I quite incredible feat thanks to Eddie Howe, his players and the new Newcastle United owners.

Day One Hundred and Ninety Six (20 April 2022) – A 1-0 win over Crystal Palace means that Eddie Howe and his players have now delivered six home wins in a row at St James Park. 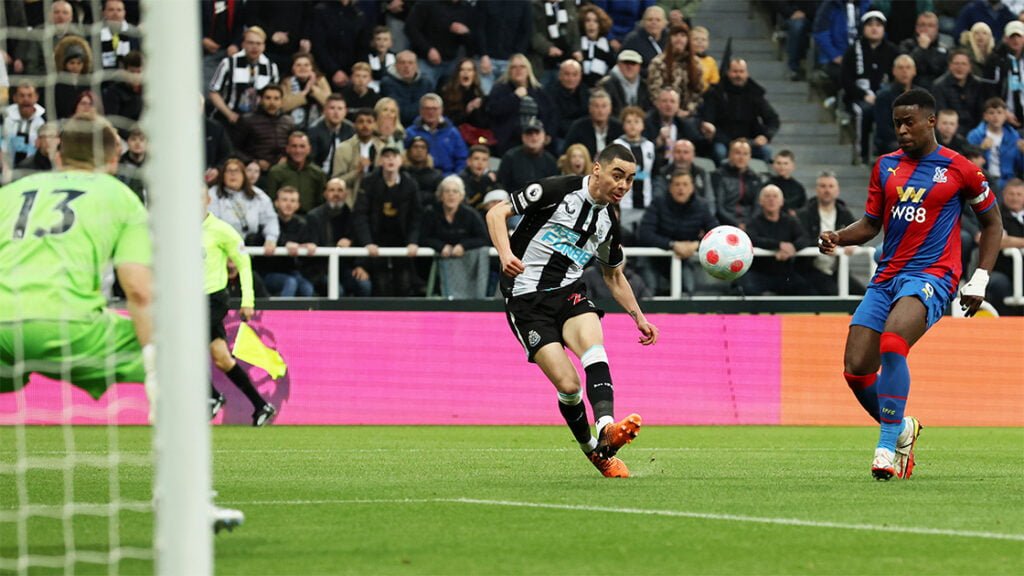 Day Two Hundred and Twelve (6 May 2022) – Plans go public on the North Tyneside council website, showing the Newcastle United owners have submitted plans to significantly upgrade the current training complex, this is a temporary measure until a new location is found to build a brand new training complex to rival those at other top Premier League clubs. It is now almost a full decade since Mike Ashley announced in 2013 that an essential new state of the art training complex would be built ASAP, to this day not one brick was ever laid…

Day Two Hundred and Eighteen (12 May 2022) – Companies House reveals that Majed Al Sorour has joined the Newcastle United board.

Day Two Hundred and Twenty Eight (22 May 2022) – The Premier League season ends with a 2-0 NUFC win at Turf Moor that relegates Burnley, Newcastle would have ended the season 1oth and top half based on half-time scores on this final day of the season. However, they have to settle for eleventh by the time the full-time whistle goes. 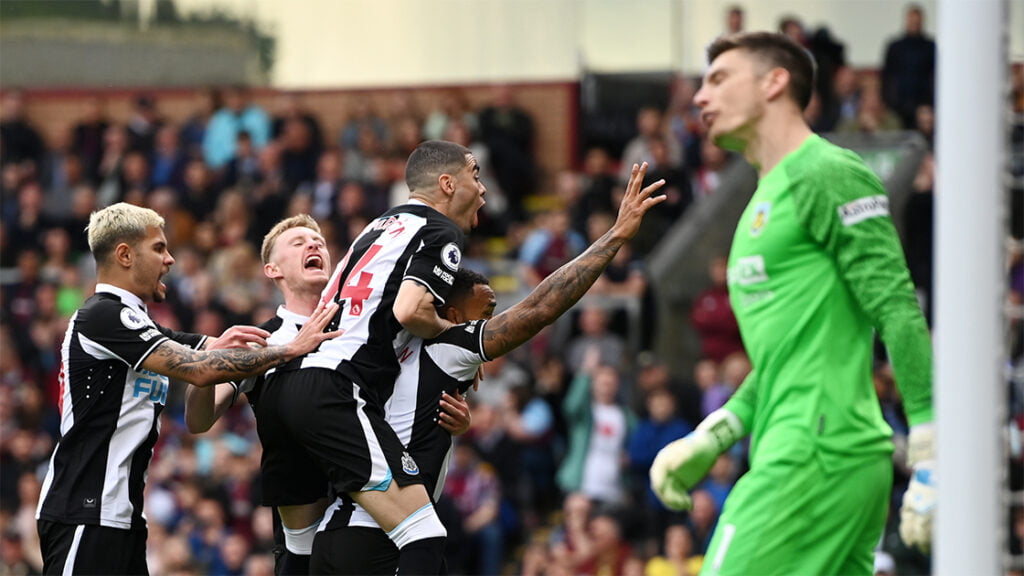 Day Two Hundred and Twenty Eight (22 May 2022) – Incredible second half of the season stats, Eddie Howe and his players picking up 38 points from the final 19 PL games at an average of exactly 2.00 points per game. Only Man City and Liverpool picking up more points in their final 19 games.

Day Two Hundred and Twenty Eight (22 May 2022) – Despite the shocking situation he inherited, Eddie Howe guides his Newcastle team to a final total of 30 points gained at St James Park this season. Only once (2011/12) in the entire Mike Ashley era was that NUFC home Premier League points total bettered.

Day Two Hundred and Thirty six (30 May 2022) – The Times revealing that the Newcastle United owners ordered an independent review over salaries after discovering just how bad things had been under Mike Ashley. Many non-playing staff in April (2022) received their first pay rise in several years to bring them up to an equivalent level to staff at other Premier League clubs. Indeed, the new owners found that a number of these non-playing staff had received only one pay rise in the last 10 years.

Day Two Hundred and Thirty Six (30 May 2022) – Dan Ashworth becomes Newcastle United’s Director of Football / Sporting Director, after NUFC confirm that they have reached a compensation agreement with Brighton, releasing him from his period of gardening leave (which would have otherwise extended to November 2022).

We are now at only day 237 that the new Newcastle United owners have been in charge, coming up to eight months since taking charge, yet outsiders continue to try and ridicule the supposed lack of action / progress in this time period.

Honestly, just look once again at the above, what the new Newcastle United owners have achieved in less than months, compared to how few positives we saw across the entire one hundred and seventy three months whilst Mike Ashley had his claws into NUFC.

Plus of course, this is only what is in the public domain, beyond doubt there are a significant number of other positives that have been done / are being worked on, that we are still yet to discover…