Dan Burn still can’t believe his luck that after so many years away from home, he has had the chance to be in playing in front of fifty thousand Newcastle United fans every other week.

The feeling is mutual. NUFC supporters absolutely loving the impact that the man from Blyth has had on the team, since his January move.

On Sunday, there were only 2,350 official Newcastle United fans at Turf Moor and they were treated to yet another Dan Burn masterclass.

The Geordie defender very decent on the ball BUT when it comes to defending and battling for the cause, Burn has been on a whole other level compared to other Newcastle central defenders in recent times.

Bruno Guimaraes has been excellent since Eddie Howe decided he had acclimatised enough to start games in the Premier League after his own January move, however, any NUFC fan will tell you that it is Matt Targett and Dan Burn who are the new boys with the biggest contributions to this amazing turn around under Eddie Howe.

We could all watch it with our own eyes at Turf Moor or on TV (stream), or failing that the highlights later on.

However, these two stats tables absolutely back up what we had seen, both table from the Other 14 who concentrate on stats involved the 14 clubs and their players, who aren’t one of the ‘big’ six clubs. 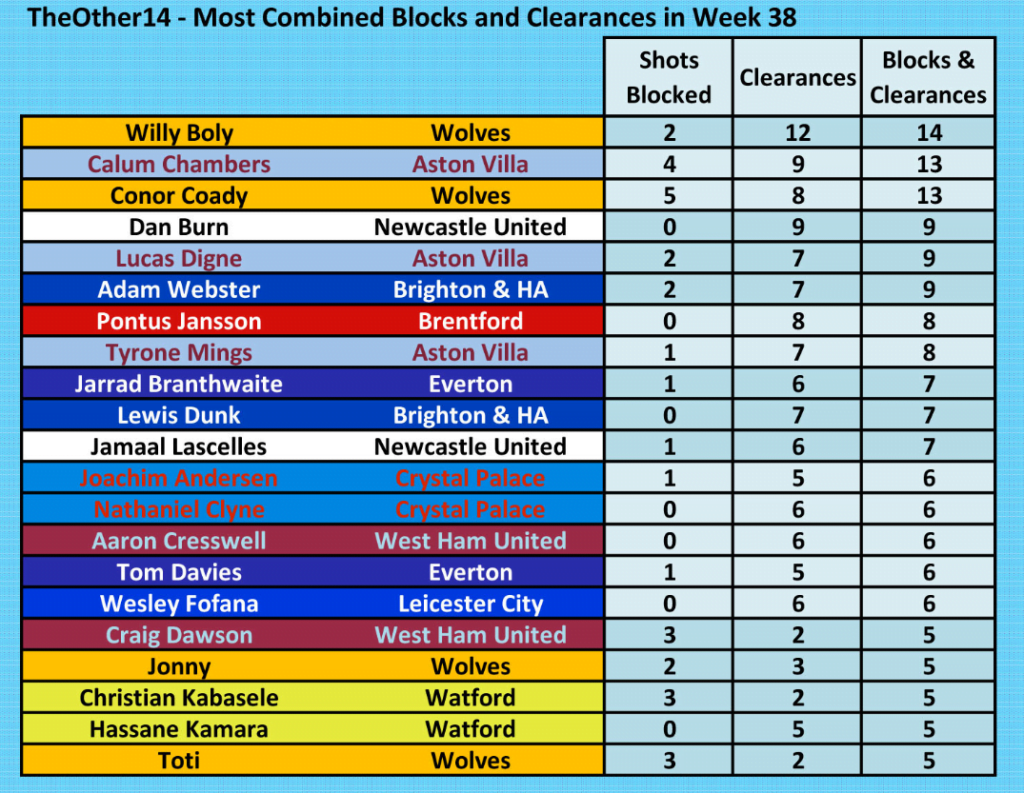 As you can see, only three players with more combined blocks and clearances, whilst only Boly of Wolves (against Liverpool) made more clearances than Dan Burn did against Burnley. You knew it was going to be a real battle against that Burnley team, especially the likes of Ashley Barnes and Weghorst, plus of course the home side’s central defenders who increasingly found themselves in Newcastle’s box as Burnley applied more and more pressure the later the game went on, with loads of set-pieces.

Nice to see Jamaal Lascelles also having one of his best games of the season, with the NUFC captain making six clearances and one block. 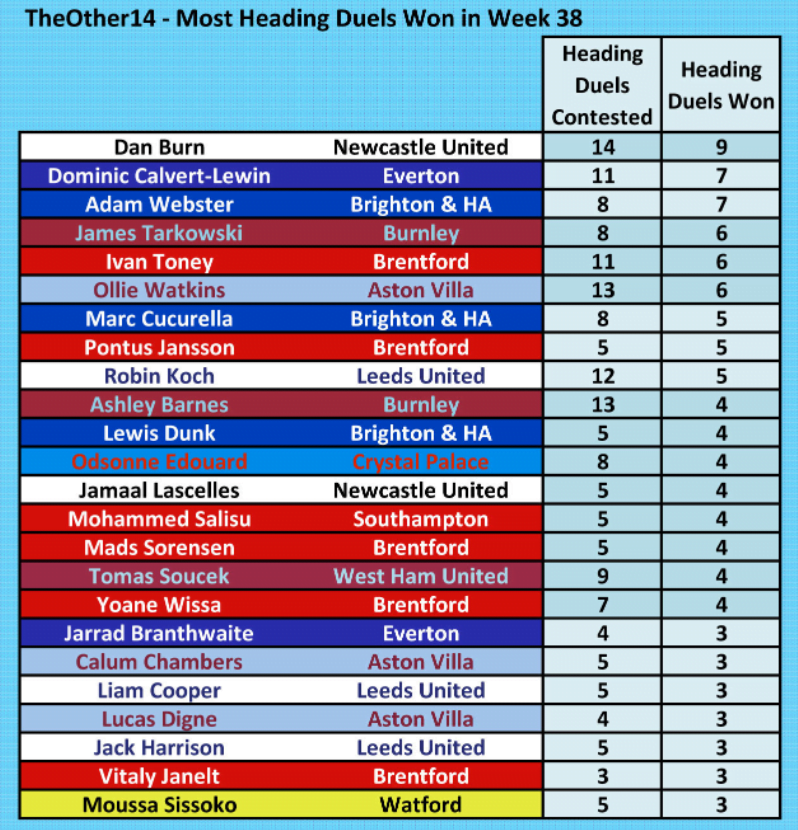 As you can see, nobody playing for these ‘other 14’ clubs won as many headed duels as Dan Burn who won nine of them. With Jamaal Lascelles backing him up by winning four of his five headed duels.

It sums up just how good a job they did, when you see Ashley Barnes won only four of his thirteen headed duels at Turf Moor on Sunday.