Tariq Panja works for the New York Times and is one of the journalists who has always been keen to comment on the goings on at Newcastle United.

This is particularly true when it comes to debating the actions of the owner(s) of our football club.

The Newcastle United levels of interest for the New York Times journalist reaching predictable new heights, once the NUFC takeover happened in October 2021.

It doesn’t take a genius to appreciate that what he is really referencing, is the fact that some of the current owners / directors of Newcastle United were on the St James Park pitch with the players and coaching staff, following the final home match (beating Arsenal 2-0) of the season on Monday night.

The New York Times journalist clearly thinking this was an easy win, that the new / current NUFC owners being on the pitch was a very unusual thing after this final game of the season, that this was never something you would have seen Sir John Hall doing back in the day…

‘Hardly a surprise mainstream sports journalism has gone down the toilet when this is the quality of journalist being hired.’ 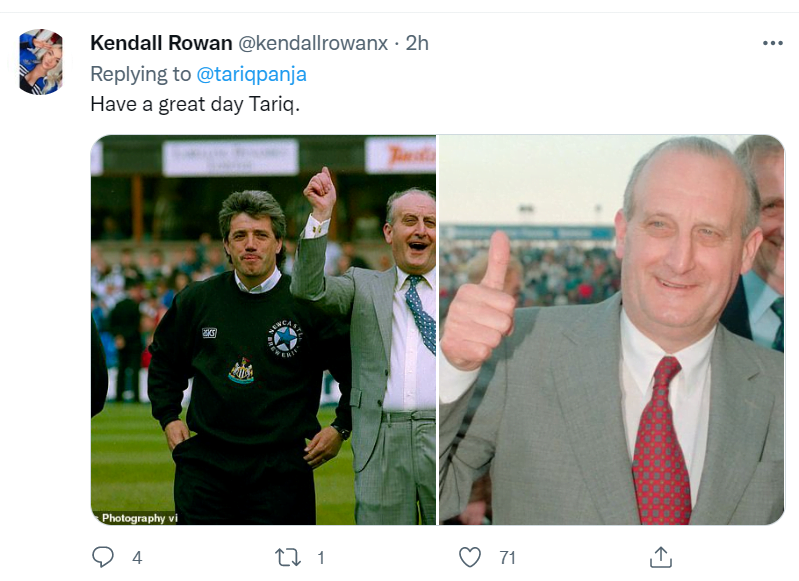 ‘I look forward to your follow up where you have to pretend this was a genuine request.’

‘Hahaha we live in your head, I love it.’ 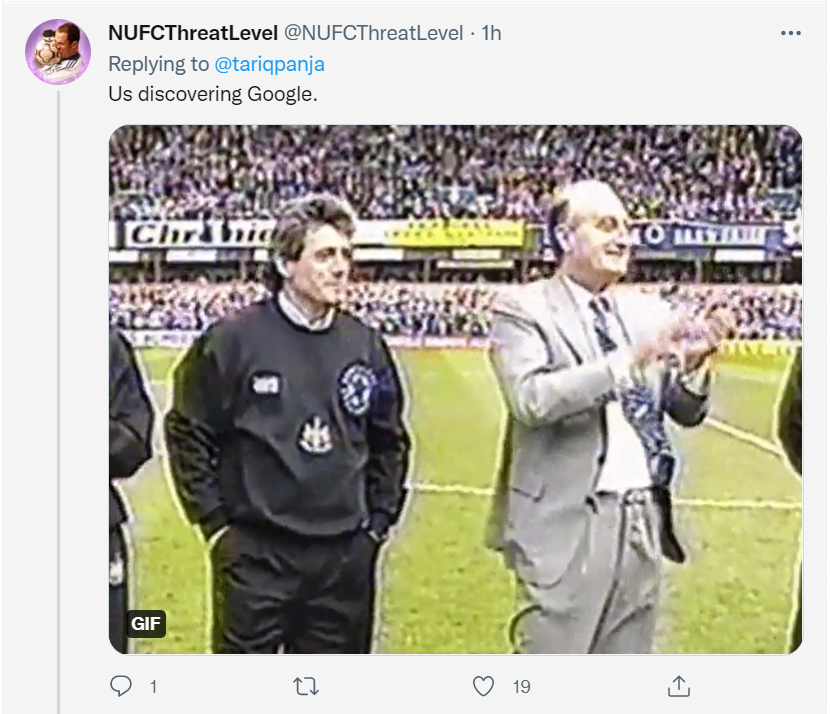 ‘You’ve had a mare here Tariq lad. Just be honest you didn’t even open google up and are intimidated by a woman in power.’

‘Mint! What an absolute melt.’

‘Afternoon Tariq. I’m very intrigued to understand your aim for this. You have asked for photos which have been supplied so would like to know what next?’ 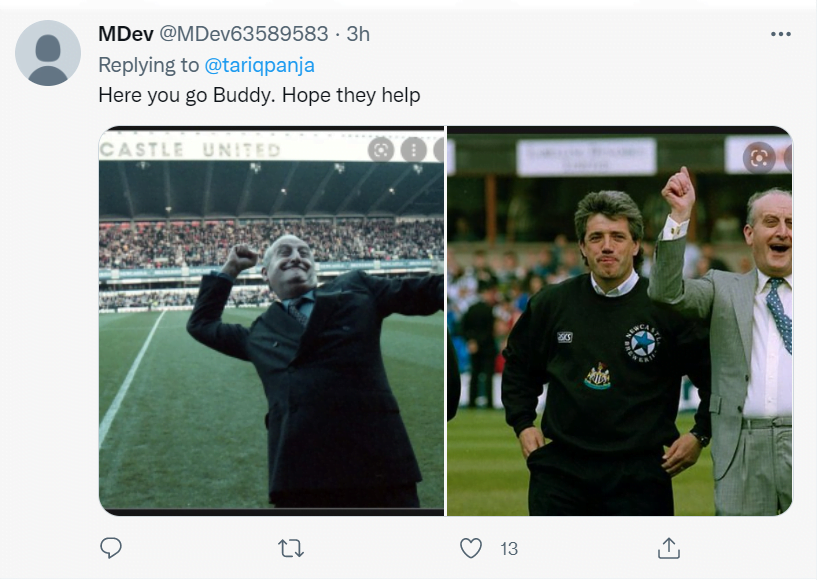 ‘Why are you looking for pictures of Sir John Hall walking around SJP? There’s loads of them if you Google it. Luke Edwards was right about you too.’

‘Any serious journalism your doing rightly pointing out questions regarding the saudi influence in football is undermined by obvious goading petty tweets like this. It’s quite sad really.’

I’m a student at Newcastle University and I’m doing a dissertation on “bitterness and jealousy in English football journalism”.

I’m particularly keen to highlight the favouritism and bias shown towards the so called Big 6 clubs.

‘Amazed you’ve not deleted this yet, which is pretty much the only credible thing about it.’

There is a bit of a pattern building up here.

We all anticipate Saudi Arabia associated comments when something of note happens at Newcastle United these days, even to a degree understand / accept why this is the case.

However, there is now a very popular trend amongst many of those journalists looking to have a go at and provoke Newcastle United fans into a reaction, to lie and / or simply prove their ignorance and confirm they have done no research whatsoever.

There is a real arrogance that they clearly think when it comes to Newcastle United and fans of the club, they can act totally differently to how they behave towards other clubs. A belief that trolling and abusing people even with a false premise is absolutely fine, if it is Newcastle United.

Considering how high profile Newcastle United were back in the Kevin Keegan days, it is a bit embarrassing that Tariq Panja didn’t even know that Sir John Hall was on that St James Park pitch whenever he got the chance, whether end of season or whenever!