Mike Ashley has left a total mess behind him at Newcastle United.

When the new owners were handed the keys to St James Park back on 7 October 2021, their heads must have been spinning as they wondered where to start.

Naturally, the very initial focus had to be on the dire first team situation.

Mike Ashley and Steve Bruce had Newcastle United without a win in the opening eight games and only Norwich keeping NUFC off the very bottom of the Premier League table.

After Ashley left, Steve Bruce was given one final Premier League game and embarrassed himself both with his behaviour in the pre-match press conference, as well as clueless team selection, tactics and formation in the defeat to Tottenham.

Eddie Howe coming in and with the backing of the new owners, doing an absolute brilliant job, despite the wreckage Bruce and Ashley left for him to deal with. A run of 10 Premier League wins in 14 games in early 2022 producing a record breaking outcome, NUFC set to become the first club in the PL era to survive, despite not winning any of their first 14 league matches.

Away from the immediate first team fears of relegation though, there were / are so many other areas of the club to sort.

One of those the new Newcastle United owners have also declared will get their full attention, is the Academy.

This area, the ‘future’ of our club, as much as anything summed up the difference when it came to the words of Mike Ashley, compared to his actions.

A number of times, Mike Ashley, either directly or through one of his minions (Charnley, Llambias etc), would state that the Academy was the way in which Newcastle United could compete, bring local talent through etc etc, as well as the best young players from elsewhere.

Well, to sum up just how desperate the youth side is at Newcastle United due to that Mike Ashley neglect, have a look at the following.

Having won only one of their last 19 league games, the NUFC Under 18s were away to Man Utd. They lost 6-0, this overtaking the previous worst defeats this campaign, of 5-0 at home to Man Utd and 8-3 at Burnley.

You will have heard of the phrase ‘Just when you thought things couldn’t get any worse…’, well this weekend they did. Away at Man City, the NUFC Under 18s losing 7-0…by half-time. The final score 13-0 (THIRTEEN!) to Man City.

On Monday (2 May 2022) morning, this is how the Academy (Under 18s) league table (North) looks with one game left to play for Newcastle: 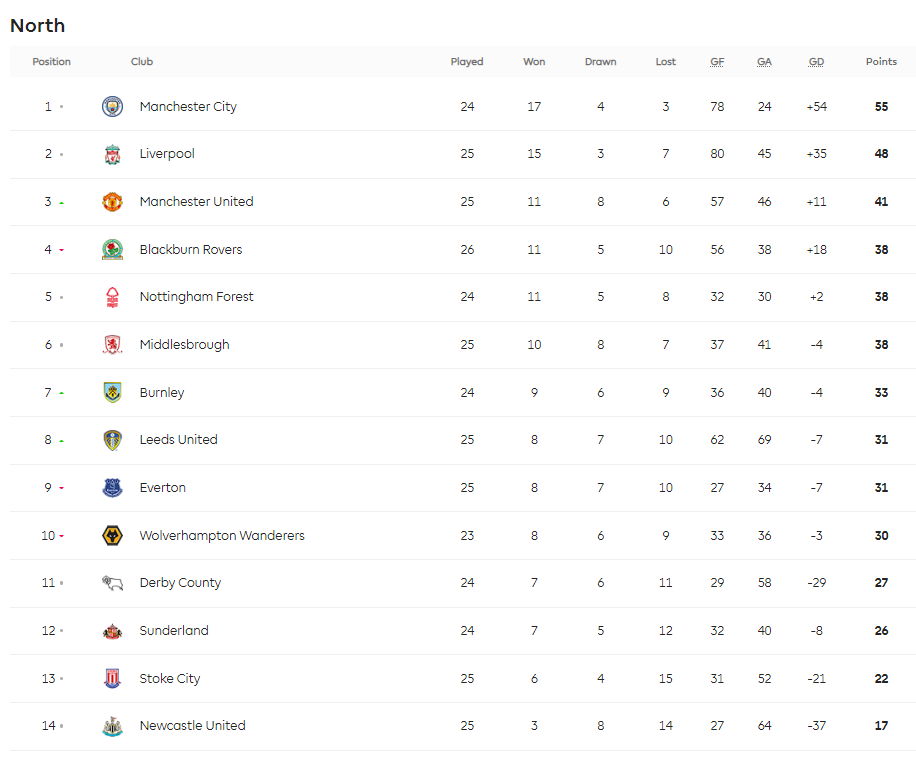 When it comes to the Academy, the club’s new owners are quite literally having to start off from rock bottom., Newcastle United already guaranteed to be bottom of this Under 18s table, behind the likes of Championship and League One clubs, as well as Premier League outfits.

The entire football club needed a fresh start and major investment in facilities and people, the Academy is a long-term but essential part of that. Countless other Premier League clubs and those below the top tier, regular bring through young talent, one day Newcastle United will do the same.

The people of Tyneside are desperate to see success at their club in every way, desperate for it to be trying its best to be the best it can be.

On Sunday we saw that with the Newcastle United Women’s team, who are also set to be backed with proper investment and facilities to make them a future success. Playing at St James Park, an amazing 22,134 turned up to support them, a record league crowd this season in the women’s game AND currently, the NUFC Women’s team are only in the fourth tier!