There were further reminders this week, of the absolute mess that Mike Ashley has left behind him at Newcastle United.

Plans were unveiled for improvements at the current first team training ground, as an interim measure in advance of a whole new top notch training complex to be built at another location (yet to be decided, or at least announced anyway). Remember as well, we are coming up to almost a decade since Mike Ashley promised that a new state of the art first team training complex was to built ASAP, as it was ‘essential’ if Newcastle United were going to be able to compete with Premier League rivals.

These in the meantime improvements to the first team training facilities, urgently needed because currently they aren’t of the kind of level clubs in the Championship tend to have, never mind other Premier League clubs.

Mike Ashley over a near decade and a half refused to allow anything close to the minimum needed when it came to spending on the infrastructure, as well as of course ‘staffing’, whether that be on the playing side or business side of Newcastle United.

So that has meant St James Park, the first team training facility, as well as the younger age groups’ facilities, all falling way behind what is needed.

Mike Ashley and minions such as Charnley, Llambias, Bruce and others, all wanted fans to believe that so long as you have some grass and cones, you aren’t at any disadvantage to your rival clubs. Lee Charnley even embarrassingly claiming that there had never been a potential signing negatively influenced in his decision, by the way below par NUFC training facilities.

Numerous times, Mike Ashley, either directly or through one of his minions (Charnley, Llambias etc), would state that the Academy was the way in which Newcastle United could compete, bring local talent through etc etc, as well as the best young players from elsewhere.

Well, to sum up just how desperate the youth side is at Newcastle United due to that Mike Ashley neglect, have a look at the following. The lack of investment in both facilities and the coaching set up, over a near decade and a half, leaving a shocking situation for the new owners and Eddie Howe to sort out.

After yet another horrendous Saturday, the Newcastle United Under 18s will be so grateful that their season is at last over.

The young NUFC side losing 5-0 at home yesterday to Liverpool.

However, that isn’t the half of it.

As it means that in their final three games, it has been a horrific combined 24-0 loss, as Saturday’s loss to the scousers followed a 6-0 defeat to Man Utd and 13-0 to Man City.

In addition, only one win in the final 22 league games of the season for the Newcastle United Under 18s leaves the very final Academy (Under 18s) league table (North) looking like this: 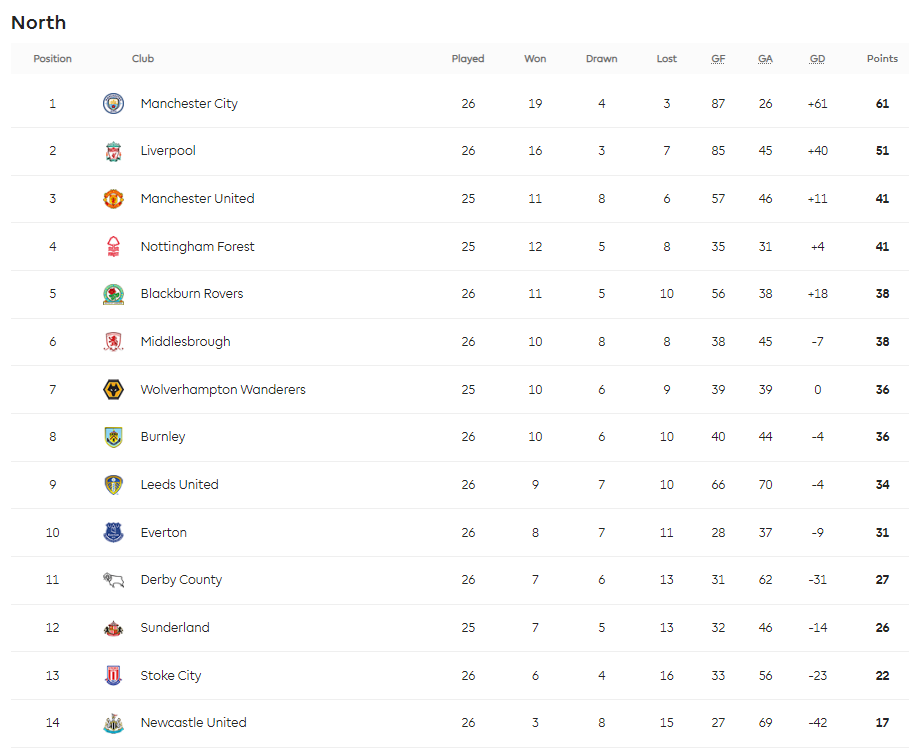 Five points adrift and very rock bottom, conceding more goals than any other team and scoring less than all others.

When it comes to the Academy, the club’s new owners are quite literally having to start off from rock bottom…

The entire football club needed a fresh start and major investment in facilities and people, the Academy is a long-term but essential part of that. Countless other Premier League clubs and those below the top tier, regular bring through young talent, one day Newcastle United will do the same.

The thing is, whilst these three most recent defeats have been against Liverpool and the Manchester clubs, you have as well so many lower league clubs with far better youth set-ups, never mind the other Premier League clubs. Looking at the Under 18s table above, the likes of Derby, Sunderland, Middlesbrough, Stoke and Blackburn all higher in the table.

Patience has to be shown and I have no doubts that as well as many other areas of the club, this summer will see a massive shake up and upgrade put in place for the Academy, essential investment to start and try to repair the damage of 14+ years of Mike Ashley.