After Bri Standen’s excellent recent article about Leeds away in 1982, I thought I would give you my coming of age toon away day. My Own Personal Idaho.

It was 1987 mistletoe and wine and a festive trip to the the kingdom of scamperage (Liverpool away).

Being 18 years old, I at the time had a well paid job but none of the responsibilities of adult life.

Back in those days, attending a match was a totally different experience than it is today. Although that particular game you needed a ticket to get into Anfield. So being busy at work, I promptly sent my mate off to the ticket office to get me a match ticket sorted. Unfortunately, I have never seen the lad again, hearing he needed my ticket money for rent.

So on match day, without any mode of transport, I turned up at Morden Street hoping to blag a lift. Ten minutes later I was now stewarding one of the buses for Kenny Mullen, on the promise of free carriage. 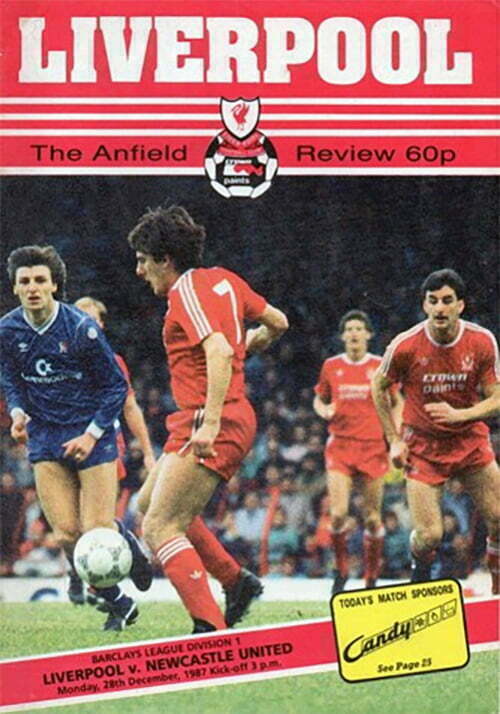 Arriving in Liverpool, it soon became clear that no match ticket meant no entry, so after kick off there were probably about 200 Newcastle fans just milling around. I was talking to a couple of black lads from Oxford (Mick and his brother) when I noticed this scouse urchin, who was trying to conceal himself, waving his arms at something behind him on the Kemlyn Road end.

Turns out our scouse urchin friend was gesturing to his 300+ mates who were now making a hasty charge at us, just then a group of 50 or so Newcastle fans turned up (who were pretty damn tasty looking to this 18 year old). Cue mass pitched battle between 50 of us fans who had been milling around and our 50 new tough looking friends, against 300+ scouse urchins. The urchins didn’t stand a chance and took a fair tozzing off us.

Anyway, turns out our new found toon friends turned out to be called the N.M.E. / mental central, and after a bit chat with them they were off to Blackpool, because they weren’t getting into the match.

Upon seeing my new found friends wander off, the scouse urchins could now smell Geordie blood, charging at us again from around the Kemlyn Road end. As they got close to us, the two black lads who were with us, stood in the middle of the road galvanising us 50 or so Newcastle fans that were left. In the ensuing battle, thanks to Mick and his brother from Oxford, we this time chased them all the way past the Kop.

Before then returning to outside the away end where we were met by the Merseyside constabulary, only too happy to introduce us to those massive batons they had. This went on until the gates opened at the away end and I managed to get in, seeing the last five minutes of footy. Keeping up my record of never missing a game that season.

By the time we finally got dropped back off home, I managed to sell both sides of the bus raffle. Which meant when Mick and his brother claimed first prize, they were awarded not only the toon teddy, but supporters pin badges to boot.