I have just had the pleasure of listening to Sir Les Ferdinand give a fine interview.

As we all know up here, Les is one of the most honest guys that has ever pulled on our famous black and white stripes.

Speaking to Talksport, Les Ferdinand was as typically forthright as ever, with regards to the true footballing love of his life, Newcastle United (after listening to the great man this morning, of that there is undeniably no doubt).

He spoke about his beginnings in non-league football at Southall and then Hayes.

Then after signing for Bald Eagle Jim Smith’s QPR, Les was quickly loaned out to Besiktas in Turkey and under Gordon Milne’s tutorage, this is where he learnt the professionalism that would become his hallmark in the English Premier League.

In the Premier League’s inaugural season of 1992/93, Les Ferdinand hit the ground running (and scoring). QPR had a good side and Les thrived under first Gerry Francis, and then Ray Wilkins.

By 1995 it was apparent to everyone at Loftus Road that he had grown too big for the club, the time had come to move onto somewhere bigger.

Sir Doug Ellis thought he had Les Ferdinand in the bag for Aston Villa, before Kevin Keegan intervened and asked to speak to the player personally.

Ten minutes after meeting Special K and Les’ mind was made up on a move to the North-East.

He was sold on the legend of the famous centre forwards who had achieved fame and adulation from a fanbase, who in Keegan’s eyes, were second to none. 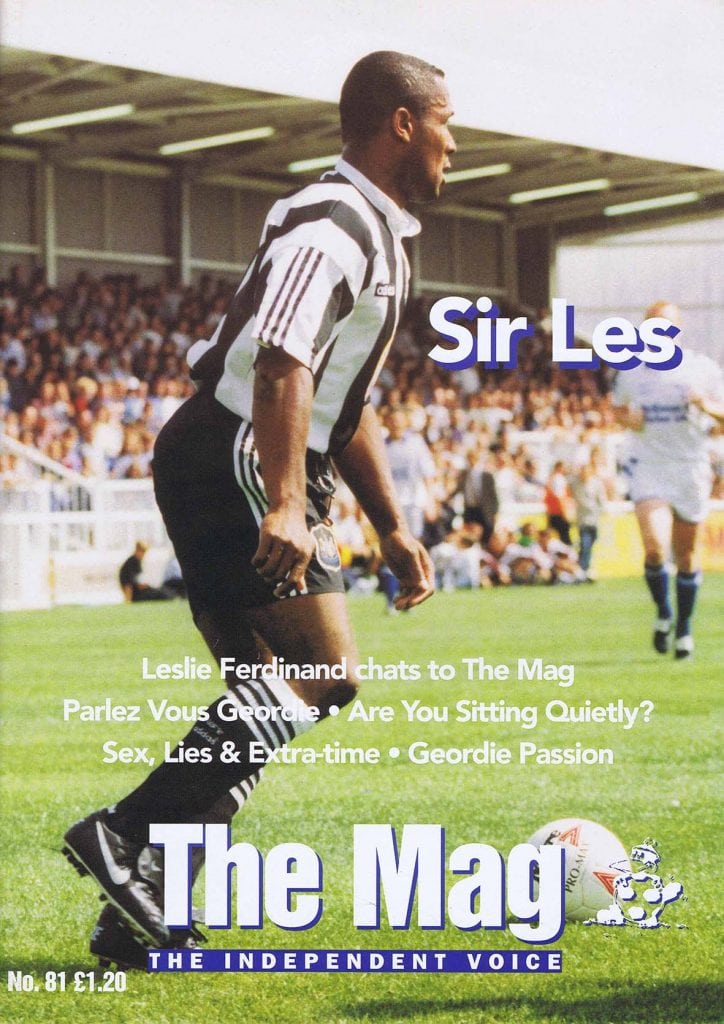 Les Ferdinand scored on his home debut for Newcastle and went on to break scoring records in his first dozen or so games. The team were soon established as frontrunners in the Premiership and serious title contenders.

Les candidly admitted that in the second half of the campaign, and with Newcastle 12 points clear at the top with a game in hand, a little bit of arrogance had set in amongst the players and the fans.

He thought that there was an air and feeling on Tyneside of ”that it’ll all be ok, because we are about to fulfil our destiny.’

He recalled that when Newcastle lost a game, the general feeling was that….’Well, we still had a game in hand’ and that Peter Beardsley had it worked out that we could still win the league by the end of March 1996.

In the Euros in the summer of 1996, Les didn’t play a minute for England as manager Terry Venables preferred the Shearer and Sheringham partnership, he also had reservations about Ferdinand being able to play with Shearer.

Kevin Keegan had no such doubts though and after signing Shearer, Les Ferdinand was the first player that Keegan told.

Kevin told Les that he was a massive part of his plans, that the Ferdinand / Shearer partnership would make any doubters eat their words. 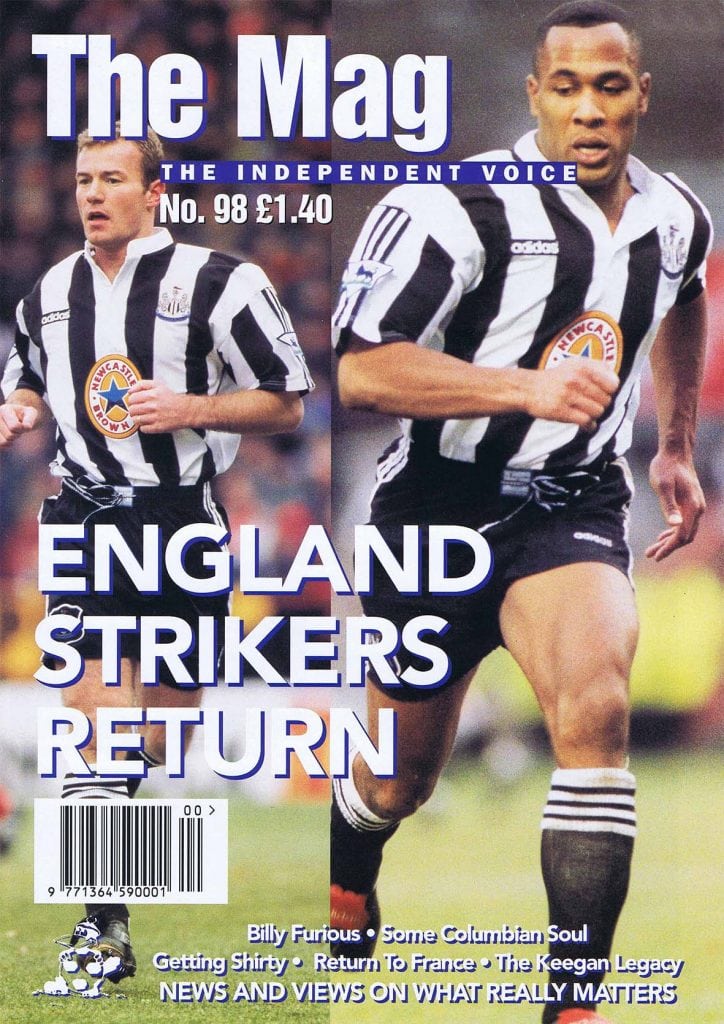 And one other thing…Shearer had asked for the coveted number 9 shirt that Les had worn for a season with such distinction. Les was reluctant to hand it over and although disappointed, finally accepted that it meant a lot to Alan Shearer with him being a local lad.

Les Ferdinand admitted that things between him and KK where never quite the same after this.

The goals flew in for both players in the 1996-97 season but alas, Keegan quit in the January and Newcastle ultimately were runners-up for a second consecutive year. 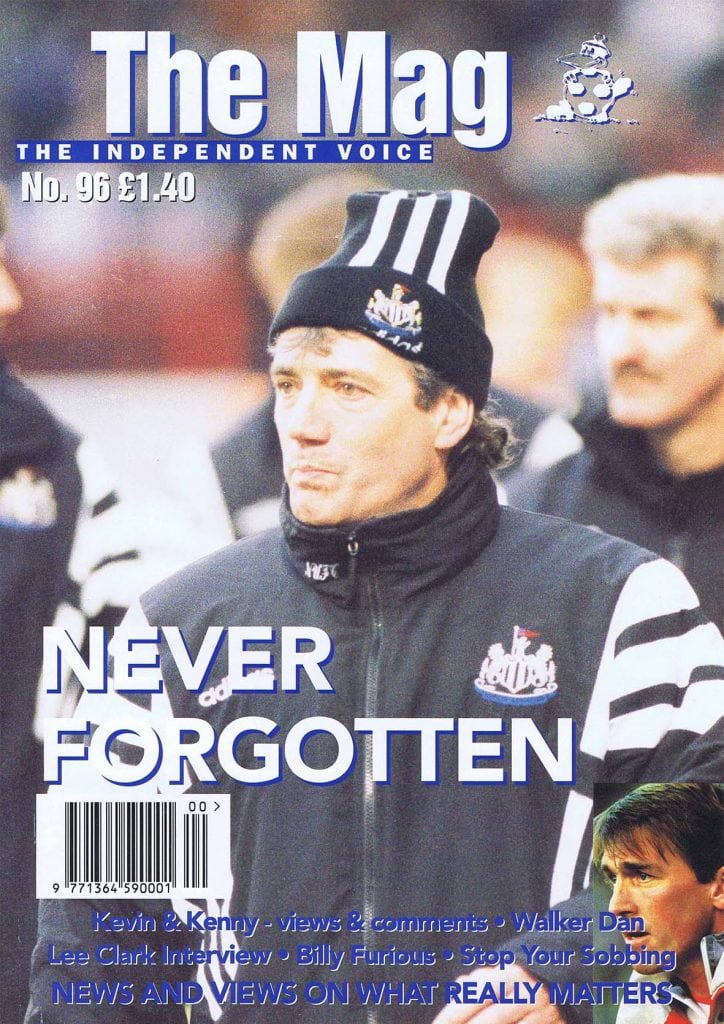 Kenny Dalglish decided to sell Ferdinand to Les’ boyhood team Spurs before the start of the next season and with a heavy heart Les agreed to meet Sir Alan Sugar, subsequently agreed to the move….but without signing.

It was then that fate almost intervened and scuppered the move.

Alan Shearer was seriously injured in a ‘friendly’ against Everton, Dalglish and Newcastle sent an eleventh hour SOS to London to ask if Les would change his mind and come back to Tyneside.

This is where Les Ferdinand said that he let his pride get the better of him. He now says looking back, that he wishes he had returned to Newcastle, who he loved and believed had a better side than Spurs.

If you get the chance to hear this morning’s interview, Les Ferdinand’s pure enthusiasm alongside his upbeat and cheery personal anecdotes, are sheer testimony to the fine gentleman and great former player, folk on Tyneside took to their hearts.

Nobody gets an honorary knighthood from our Geordie nation without being someone special, so without further ado, I say on behalf of all of us just this one more time…..

Arise Sir Les, you are a Toon Legend.