For Isaac Hayden, his Newcastle United journey looks to be finally coming to an end.

Arriving at St James Park in July 2016, the then 21 year old was just one of countless intelligent signings made by Rafa Benitez.

The then Newcastle United manager having to totally rebuild the team / squad for the challenges of the Championship, especially with so many rats deserting the sinking ship and even more of them having to be moved out due to not having the quality and / or character.

Rafa Benitez completely transformed the squad AND made a £40m profit in that summer 2016 transfer window, a massive shift put in by Benitez as he brought in 12 new players, including Isaac Hayden.

Rafa said at the time that he had to build a team to get Newcastle United out of the second tier ASAP, then it would be a case of building another team for the Premier League once / if promoted. Mike Ashley later insisting that he’d never even heard of this phase two of Rafa’s plan, never mind agreeing to it…

Which of course is why after promotion, these past five years have seen Newcastle United drifting aimlessly, until the new owners showed up in October 2017.

Even in the last year of so of Ashley’s rule, we saw a complete denial of what needed to be done, instead of trading in and out to do the essential improving of the NUFC squad, the then owner and Steve Bruce instead gave countless new and often lengthy contracts to existing players, many of who were members of the Championship class of 2016/17.

The season ended on Sunday and still on the NUFC books are Darlow, Dummett, Lascelles, Gayle, Shelvey, Ritchie, Clark and Isaac Hayden, all players who were key members of that 2016/17 promotion. In addition, Sean Longstaff and Freddie Woodman were also on Newcastle’s books back then and still are now. Not a case that none of these players were good enough to play in the Premier League BUT a question of balance, more quality needing to be added to the mix, as opposed to keeping far too many of that promotion team / squad for so many years after promotion.

Isaac Hayden has been a good servant to our football club but it was absolutely crazy when in September 2020, he was given a new six year contract and at the same time Karl Darlow a new five year one.

Eddie Howe of course followed in the new owners in November 2021 and quickly set to work on finding out about his squad. The writing was on the wall then for Isaac Hayden I think, even before the January 2022 transfer window opened, the former Arsenal player finding himself on the bench, his only two Premier League starts under Eddie Howe being the damage limitation games in December against Liverpool and Man City.

The months that have followed have seen a world class midfielder arrive in the form of Bruno G and Eddie Howe turn Joelinton from a striker going nowhere, to now a midfielder who could go very far.

Isaac Hayden was not in the NUFC first team squad for the second half of the season as he recovered from surgery but has been regularly featuring in first team training the last couple of months.

The 27 year old regularly putting out messages of support for the Newcastle players that were taking the club to safety and more than happy to be part of the Eddie Howe inspired post-match group bonding photographs. 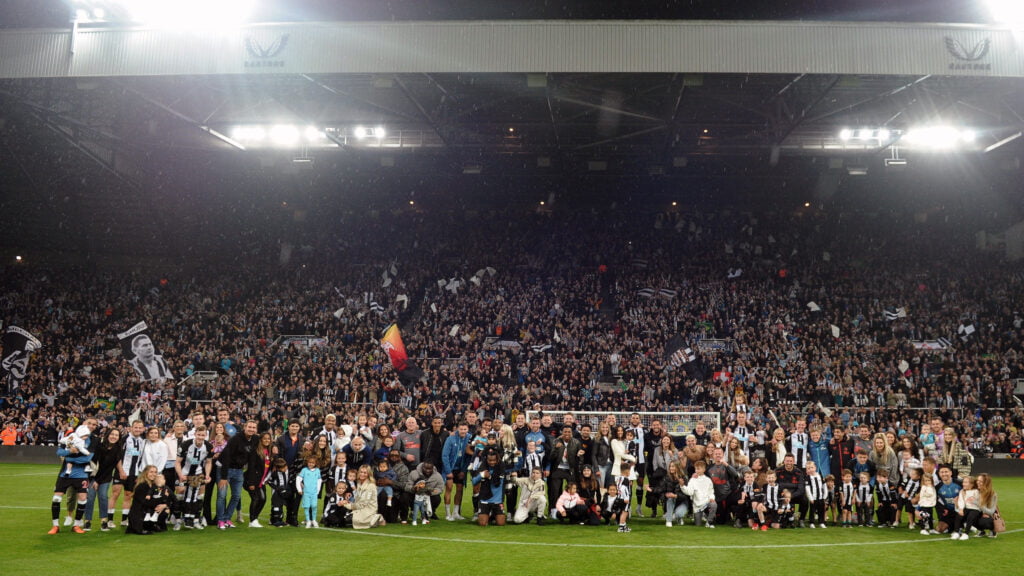 After last Monday’s win over Arsenal, Isaac Hayden took to Twitter to seemingly prepare the ground for announcing his departure from Newcastle United this summer…

What a football club ❤️, the future is bright and will be a pleasure to watch it in whatever capacity that is 👏🏾 #NUFC https://t.co/nCsBprllxD

Which he has now followed up with today (Monday 23 May 2022), seemingly making clear that wheels are in motion for him to move to another club in the coming weeks / months.

“Takeover (completed), future is bright for this great club.

“Personally my toughest in pro football but everything happens for a reason.

“Thank you for your incredible support this season and over the last 6 years.”

I think the right time for both parties.

Aged 27, Isaac Hayden needing regular football, whilst Newcastle United are looking to progress and inevitably that means some (loads of?) players will be making way for new signings, including of course those who signed in January, such as Bruno G.

Good luck to Isaac Hayden when / if he makes that move this summer.