Allan Saint-Maximin once again made the headlines this week.

Ahead of the game against Manchester City, the winger having given an interview back in France.

“Those who have played with me know very well that in terms of pure quality, I have nothing to envy from Sadio Mane.”

“The day when I have a player capable of finishing the actions (assists), I will have seasons with 10-15 assists, and I will change opinions in the people’s heads.”

“Doing things that make an impression, changing the rules, that’s the goal. Like what Michael Jordan managed to do. Jordan, he changed some people’s lives, he gave people work, and that’s the beauty of it.”

On Friday morning, Eddie Howe has addressed the Allan Saint-Maximin comments and the reaction they have provoked.

The Newcastle United Head Coach telling journalists that he will be speaking to the first team squad to try and avoid / diminish any ‘fallout’ between other players and Allan Saint-Maximin.

Howe said that ASM had came and spoken to him, insisting it is a case of ‘taken out of context’ with these quotes.

In the past, like pretty much every other Premier League club, Newcastle United began to control far tighter the player interaction with the media, all interviews having to be approved and trying to ensure as far as possible that as few own goals as possible damaged the club.

Under Mike Ashley, things appear to have gradually slipped and at least from the outside, there appears to have been a lot more freedom for players to speak to whoever they want and say whatever they want.

We saw in the past how especially interviews with foreign media could especially be ‘lost in translation’ unless properly controlled and I’m sure that along with countless other areas of the club, the media department this summer will be getting a major shake up as we move forward. Mike Ashley having only allowed a skeleton staff to run the club and so many areas of it lacking the levels of expertise needed to run a club of Newcastle United’s size.

As with all Allan Saint-Maximin debates, there isn’t very often a 100% correct final answer… 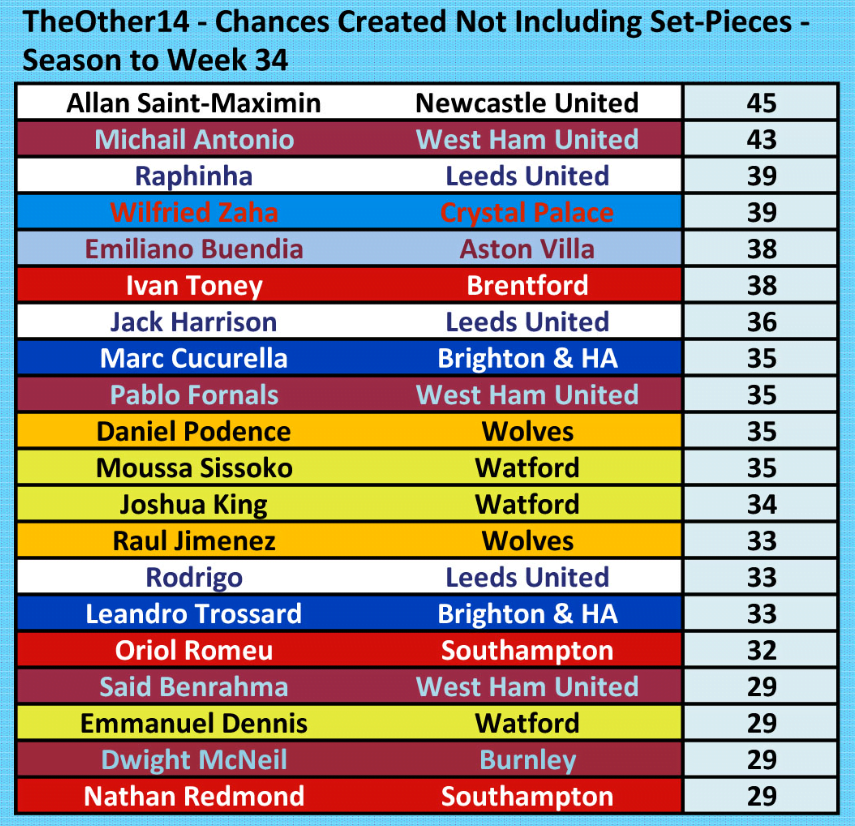 So, outside those playing for the self-appointed six elite clubs, Allan Saint-Maximin has created more chances for teammates than any other player, plus ASM has missed a few games, only starting 28 of the 35 so far.

I think the bottom line is that two things need to happen.

Newcastle United desperately need to improve the attacking threat and quality of attacking players, with hopefully the transfer window this summer helping significantly.

Then at Newcastle United the last two seasons have been 7 both times, each season with 3 goals and 4 assists. Now this season it is his best in the Premier League so far but still only 9 (5 goals, 4 assists).