The FA have announced on Thursday afternoon that Allan Saint-Maximin has been charged with two alleged breaches.

The charges relate to alleged breaches of  The FA’s kit and regulation rules.

The alleged offences are that Allan Saint-Maximin wore a branded headband in two Premier League games.

Those matches in question the home wins over Wolves and Leicester in April.

The statement from The FA:

‘Allan Saint-Maximin has been charged with two breaches of The FA’s Kit and Advertising Regulations, contrary to FA Regulation B 2.

‘It is alleged that the Newcastle United FC midfielder wore a headband with an established mark or logo of a clothing manufacturer during two Premier League fixtures against Wolverhampton Wanderers FC and Leicester City FC on 8 April 2022 and 17 April 2022 respectively.

The rules state that players are permitted to wear headbands during games. 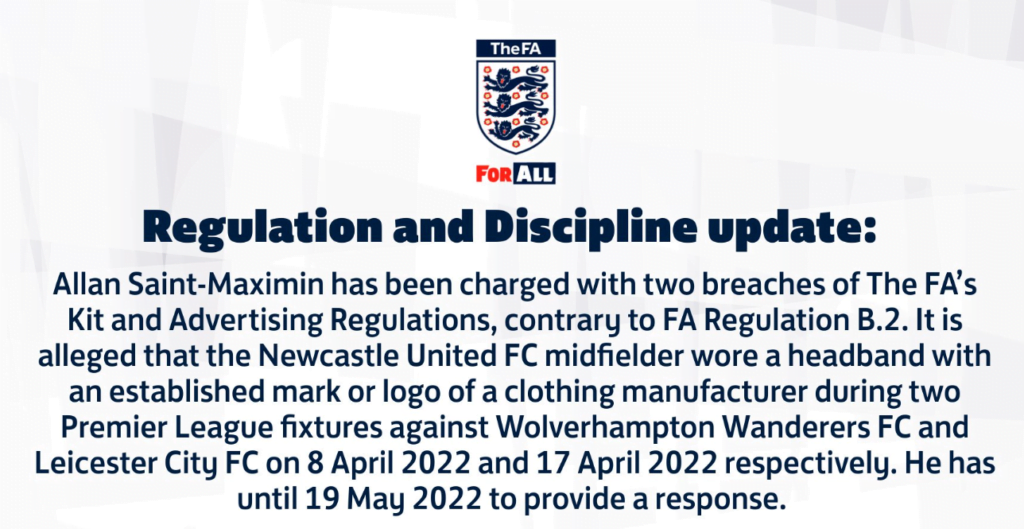 However, they must match the same colour as their kit, plus they cannot have external branding on them.