After this midweek of matches, which included Newcastle United’s win over Crystal Palace, the rankings have now been updated.

As you can see, Bruno Guimaraes moving three places up to third top, following that latest man of the match display against Crystal Palace, which included the assist for Almiron’s match winning goal. 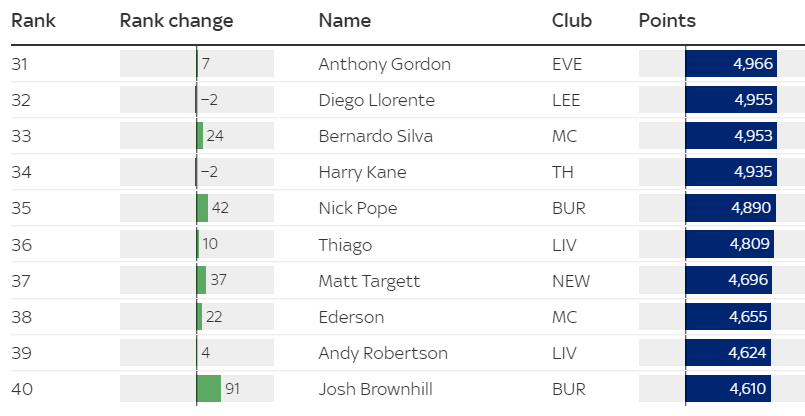 You have to then go to number 37 to find the next highest Newcastle player in these Sky Sports form players rankings, with Matt Targett up 37 places. Yet another excellent defensive performance from the left-back, an easy NUFC decision surely this summer for a permanent deal after this loan spell. 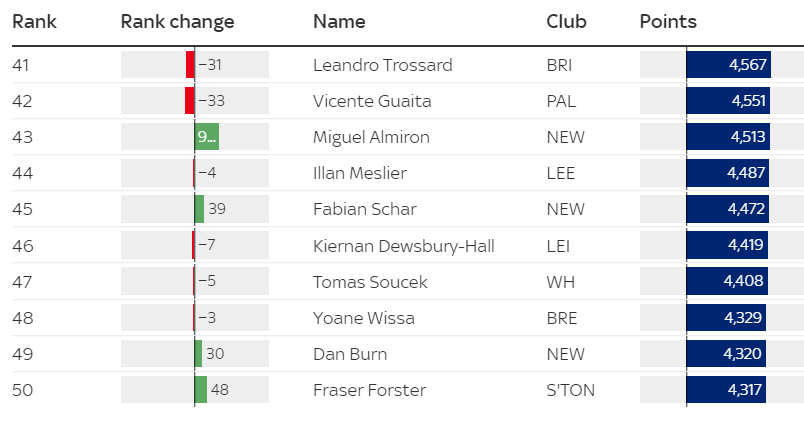 Another three Newcastle United players amongst the top 50 Sky Sports performers, with Wednesday’s match winner Miguel Almiron moving up to 43, then Fabian Schar at number 45 (up 39 places), then defensive partner Dan Burn at 49 (up 30 places). 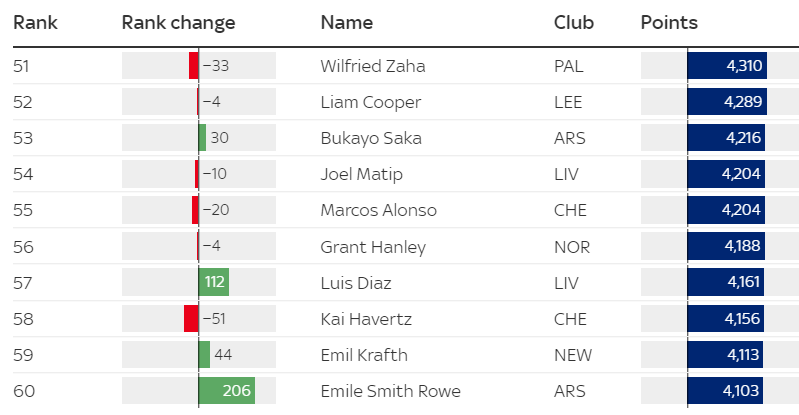 Then we have Emil Krafth continuing his upsurge in recent form, moving up 44 places to number 59.

Two other Newcastle United players make the Sky Sports top 100 form players, with Martin Dubravka up 143 places to number 73, whilst Joelinton finds himself at number 85 after moving up 34 places.